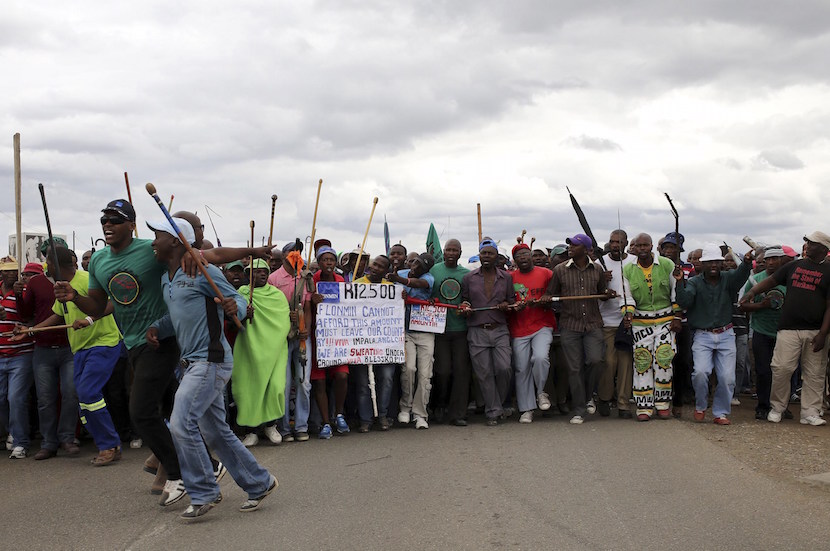 South Africa has five months to allay the concerns of credit rating agencies and investors at the World Economic Forum (WEF) about the country’s unstable labour relations environment.

This year’s strike season will be a make-or-break situation, and there is a huge onus on Amcu, Numsa and employers involved in wage negotiations in the platinum and the car manufacturing sector in particular to let collective bargaining prevail.

What is, however, encouraging is that Cosatu, a former “sinner” when it came to unrealistic wage demands, recently called on to trade unions to bargain around an inflation-related increase, which would not only limit retrenchments but would also promote labour peace.

The blueprint for labour relations stability is contained in the National Development Plan and in 2016 the mainstream trade union-employer interaction should pave the way towards achieving the plan’s objective of labour peace.

It is, however, a pity that the plan has become such a political play ball, and that its full implementation is being delayed because the plan, combined with viable labour relations guidelines, provides solutions for Cosatu’s so-called triple challenge of poverty, inequality and unemployment.

According to the plan, poverty and unemployment can only be turned around if the economy grows. However, economic growth is subject to, among other things, stable labour relations.

The ten ingredients contained in the plan’s recipe for labour peace are the following:

However, time to achieve a turnaround in labour relations is running out, because the rising levels of frustration of the unemployed youth follow closely on the heels of labour unrest. In this regard, the NDP refers to the proposed youth wage subsidy and the relaxation of labour laws having regard to small employers where dismissal due to poor performance and misconduct should be relaxed, in this way promoting employment. Interestingly, the plan proposes that trade unions should come up with their own feasible plans to create job opportunities for entry level workers.

Unfortunately, there is this propensity to dust off government plans such as the NDP only to show to investors and credit grading agencies. Prof Raymond Parsons rightly remarked as follows when the plan was originally launched: “While the NDP is neither perfect nor complete, it now needs to be urgently implemented to offer a much-needed strong sense of direction and policy certainty to 2030 for both the public and private sectors.”

That is why the NDP makes it clear that the critical success factors for its implementation require strong leadership from government, business, trade unions and civil society. This means leaders’ focus must move from their own interests and that of their supporters to the joint solution of South Africa’s challenges.

Last year, the Chamber of Mines proposed a sustainability and social compact between business and labour in line with an NDP guideline, but Amcu and NUM rejected it with contempt. In October last year, the Department of Mineral Resources as well as the Department of Planning, Monitoring and Evaluation, in turn, held a mining Phakisa with great fanfare to find solutions for the shrinking mining industry in line with the NDP, but the report dealing with its outcomes has still not been issued.

It is clear that between, business, labour and government, a huge responsibility rests on the private sector to take the lead and to make the NDP work to create labour peace in this way, and to grow the economy for the benefit of all.