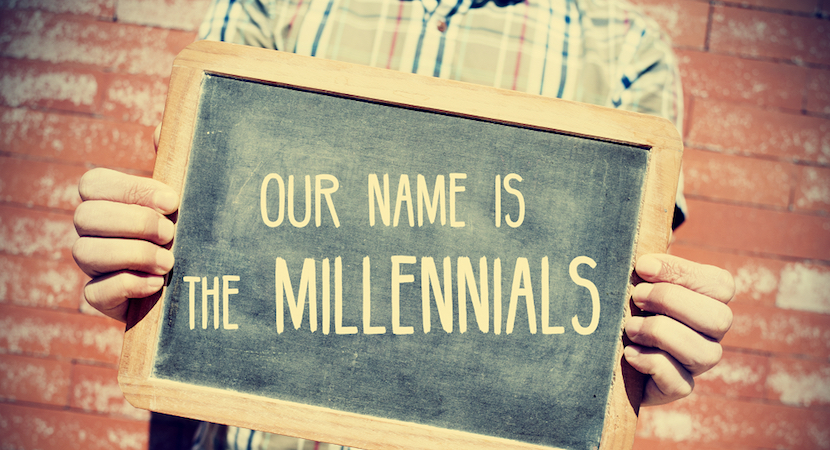 Born on the cusp of the new millennium, they’re a generation that has been stereotyped as short on attention and long on entitlement. So how do you deal with millennials in the workplace? And what they can teach us about ourselves?

They’re lazy. They’re demanding. They stare at their phones all day. They’re self-absorbed. They’re entitled. They’re constantly taking selfies. You know who I’m talking about, of course. Millennials. The generation nobody understands, but everyone is trying to figure out.

The latest attempt comes from the author Simon Sinek, whose interview on millennials in the workplace has been generating a lot of buzz online and, well, in the workplace.

Among other things, Sinek accuses millennials of lacking patience and a long view of what it takes to succeed in a working environment.

“It’s as if they’re standing at the foot of a mountain, and they have this abstract concept called impact that they want to have on the world, which is the summit,” says Sinek. “What they don’t see is the mountain. I don’t care if you go up the mountain quickly or slowly, but there’s still a mountain.” Sinek argues that what this young generation really needs to learn is patience. “That some things that really, really matter, like love or job fulfillment, joy, love of life, self-confidence, a skill set…all of these things take time.”

I work with a lot of millennials, and at age 41 – which makes me a Generation X’er – I’m closer to their parents’ ages than theirs. I did however take a ‘How much of a millennial are you?’ quiz once (it was a slow day at work) and I scored a resounding 80%, so that broke the ice, I guess.

So what exactly is a Millennial? I hate blanket categorisations, but by definition, millennials are generally between the ages of 18-35. Hold up, what? That’s a massive age gap, yet everyone seems to categorise them into one homogenous mass.

There’s a big difference between someone who is starting varsity and someone who potentially has small children. Also, how can we assume that people from different backgrounds and experiences have the same needs, wants and worries?

I’ve learned that if you call a millennial a millennial they are likely to want to punch you in the face, I also know that almost every marketer is trying to target millennials as if they were a faceless group of youths wearing signs. It’s not a cult, it’s an age classification and it’s a dangerous one at that.

I’m guilty of tweeting constantly and Instagramming a few times a week, and I’ve said ‘lit’ and ‘fam’ more times than was probably appropriate. I justify it by saying that I work in social media so it’s probably just a by-product of what I do for a living. In reality it’s probably because I think I’m still 28 years old. Freak Friday movie reference anyone? (If you get that, by the way, you are probably not a millennial.)

Sinek’s discussion is interesting, because he does make some thought provoking points about the era that millennials have grown up in and how they were parented. Themes of instant gratification and need for acceptance came through, as well as the desire younger people have to have to achieve big things in a very short space of time.

This is a bigger issue that warrants further debate. It’s why so many larger organisations are battling to retain millennials in the workspace. Companies are going to need to focus on this and develop strategies to deal with the fallout and staff turnover.

I sent Simon Sinek’s video to all the ‘millennials’ I work with and asked for feedback. Their responses varied from ‘OMG that’s totally me’ to ‘No, he has this all wrong’ to ‘I totally have a Dad crush on Simon Sinek’ – that response was pretty popular.

The point is that we’re all human, we all have a story, we can all be demanding and moody and impatient at times, but it seems that poor millennials are deemed to be more so than anyone else.

Most of all I’ve learned that this ‘millennial’ generation is often more welcoming and accepting than my own. They’re more open to cool ideas and people and points of view. They don’t see colour or gender. They move fluidly in a world that is curious and experimental. I think that’s brave.

Be careful of labels. Keep talking and listen to what ‘they’ need and want. You’ll be surprised.

Me? I’ll be downloading the latest cool tracks, following the memes, snapchatting while getting lit and generally fighting to retain my ‘cool mom’ status in the office.