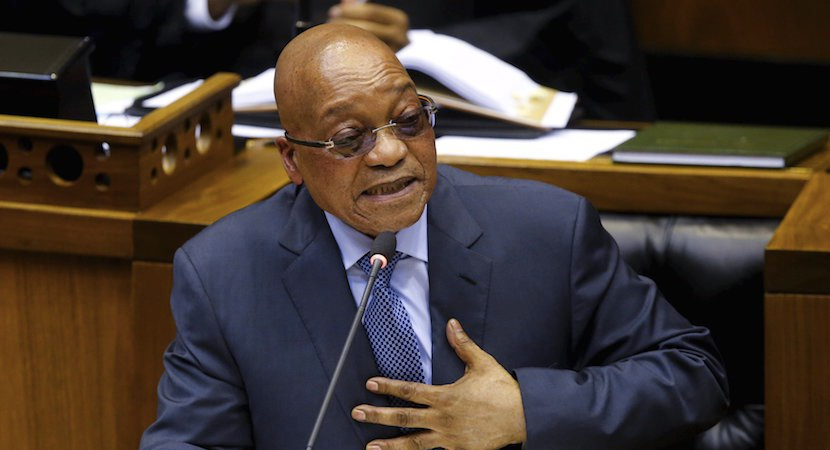 With all that has happened over the past few days, it’s incredible to suggest that despite the threat to Treasury there is still a much wider and deeper problem. There are few with the insight that the Institute of Race Relations’ Anthea Jeffery holds, and what she unpacks in the piece below is most likely the final piece in the ANC’s jigsaw puzzle. And the key to her summation goes back to the 1950s when she says the ANC was in effect captured by the SACP, which also highlights why President Jacob Zuma went to them first with the news he wants to fire Finance Minister Pravin Gordhan. Jeffery says the end goal is to ultimately create a Communist state, and it’s all being achieved under the auspices of the National Democratic Revolution. Another brilliant piece of analysis. – Stuart Lowman

UPDATE: Cape Messenger editor Donwald Pressly asked Jeffery how SACP deputy secretary general Solly Mapaila’s press conference on Thursday fitted in with her analysis. He appeared to signal SACP unhappiness with the axing of Pravin Gordhan and Mcebisi Jonas. Also the SACP also has a special meeting in April to decide on the road forward with the ANC/SACP/Cosatu alliance

This is what Dr Jeffery had to say: I think this is just a minor blip. The SACP put Zuma into the ANC presidency in 2007 to help advance the NDR, but now they are concerned that his obvious flaws and close ties to the Guptas are so reducing support for the ANC that the horse they’ve successfully ridden into power for two decades might now not win. Hence, they’d like to hold him in check, so as not to turn the electorate still more against the ANC. If they think the ANC has become too hopelessly tarnished, they might perhaps want to distance themselves from the party and they might even seriously consider standing for election in their own right.

But in the end the ANC brand that they’ve so assiduously built up for so long is too important for them to jettison, especially as their own electoral support would be very limited. Plus the ANC’s growing emphasis on radical economic transformation is exactly what they want. So I expect they’ll remain in close alliance with the ANC, no matter how much they might criticise Zuma now (effectively, for weakening the brand). Their key aim will be to influence the succession in favour of someone who can help ensure an ANC victory in 2019 (if necessary, with the help of a deal with the EFF) and who will then continue moving towards the socialist/communist end goal without evoking the public anger that Zuma has unleashed.

President Jacob Zuma’s peremptory recall of finance minister Pravin Gordhan from an investment roadshow in London shows how little Mr Zuma cares about the economy or the plight of the poor.

The president is clearly reckless as to how much his vendetta against Mr Gordhan undermines the country’s growth prospects, pushes up the costs of servicing R2.2 trillion in public debt, or brings closer a ratings downgrade to junk status.

Most South Africans are of course rational beings who find it difficult to believe that the government could deliberately undermine the economy and hurt the poor and disadvantaged. Mr Zuma’s recent conduct shows that his faction of the ANC, at least, has no such concerns.

If the president can act so recklessly against Mr Gordhan at so critical a moment for foreign investor confidence, then expropriation without compensation – whether supposedly ‘within’ the Constitution as now written, or following a constitutional amendment – cannot be ruled out.

However, the real problem is much wider and deeper than what Mr Zuma has done this week. Ever since it was captured by the SACP in the 1950s, the ANC has effectively been the junior partner in an alliance aimed at the gradual crippling of the capitalist economy in pursuit of a socialist and then communist order. This is being achieved under the rubric of the national democratic revolution (NDR), to which the ANC plans to recommit itself in December this year – and which the SACP openly describes as offering the ‘most direct’ path to communism.

The ANC has long downplayed this objective, for it knows that any open acknowledgement of this goal would greatly weaken its popular support. Most South Africans have no wish to adopt the flawed ideology and centralised controls that so signally failed in the Soviet Union and eastern Europe. Rather, they want to retain the political and economic freedoms that the ending of apartheid ushered in.

To disguise their real goals, the ANC and its communist allies have long been masters of propaganda: the constant repetition of a narrative which includes key elements of truth that give it credibility, but which nevertheless profoundly distorts reality. This narrative shifts according to the needs of the time, but it always includes a careful choice of culprits to help deflect attention from the ANC’s own agency.

In the ten years (1984 to 1994) of the ANC’s people’s war against its black rivals, the key culprits in the narrative were initially Inkatha ‘warlords’ and ‘impis’ in KwaZulu/Natal and later a sinister ‘Third Force’ made up of Inkatha and the South African Police. Both Inkatha and the police were of course to blame for many of the killings in this period. However, the narrative was also utterly misleading in obscuring the ANC’s own major role in the deaths of some 20,500 black civilians.

Once the people’s war had brought the ANC to power in 1994, political violence came to an end and the narrative shifted once again. To increase the state’s control, weaken the economy, and prepare the way for ever more racial scapegoating, the narrative then targeted the commercial farming sector, the mines, the banks, the private health care sector, the supposedly white-owned media, and the many businesses (which despite the huge sums put into BEE and the practical obstacles to its success) had reportedly been dragging their feet on transformation.

Now that ANC/SACP policies have done so much to reduce growth, increase unemployment, and frustrate hopes of a better life for the poor, the ruling party is gearing up to fetter the economy still more firmly. It now wants ‘radical economic transformation’ to change the ‘structure’ of the economy. It is also seeking to push the BEE ownership requirement up from 25% to 51%, and is increasingly echoing EFF calls for the nationalisation of land and other assets.

Not surprisingly, the dominant narrative has now shifted once again. Its current targets have expanded from the specific sectors listed above to include racism, colonialism, and ‘white monopoly’ capitalism. Increasingly, these factors are identified as the key reasons for economic malaise and worsening destitution. Moreover, as so often in the past, there are many commentators outside the ANC who uncritically endorse and echo this narrative and seek to punish those who step outside its limits.

This narrative is helping to prepare the way for ever more state ownership and control. It is also damaging the economy in other ways, by raising racial tensions and eroding the social trust vital to investment. At the same time, it is calculated to play a particularly useful role in demonising the DA and shoring up the ANC’s failing support in the run-up to the 2019 general election. 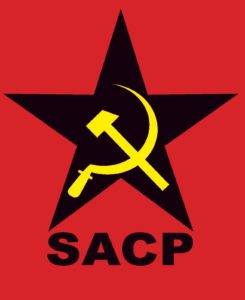 What Mr Zuma has done in recalling Mr Gordhan from London is so obviously damaging that many South Africans will rally to the finance minister’s defence. They might even persuade Mr Zuma not to go ahead with his proposed cabinet reshuffle. But the wider threat to the country from the ANC/SACP alliance and its NDR objectives generates little opposition because it is still so little understood.

The current narrative is thus likely to continue unchecked. So too will the impetus towards the radical economic interventions which the narrative legitimates. In time, the weakening of property rights and increased racial scapegoating will help to marginalise or drive out the established middle class. This in turn will greatly weaken the new middle class. It will also (if all goes to plan) culminate in a proletarian dictatorship under the incontestable control of the ANC/SACP alliance. This, as the ANC coyly puts it in its draft Strategy & Tactics document for 2017, will help to usher in ‘a higher form of human civilisation’.