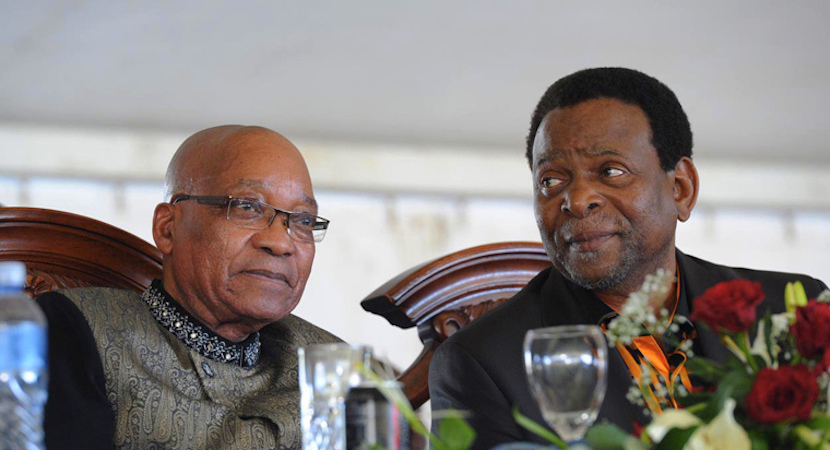 A pertinent theme which has cropped up on Biznews this week is around alternative discourse. Moving away from the ‘Gupta puppet master’ theory, and instead giving President Jacob Zuma these strings. Graham Sell wrote a fascinating piece looking at the wise moves of both Zuma and his former wife Nkosazana Dlamini-Zuma, winding back the clock 20 years, and the strategic calculation of each one’s moves since. It’s a must read if you haven’t already. In this piece Anthea Jeffery looks at the potential ulterior motive behind the most recent Land Bill. The Bill could identify land in the Ingonyama Trust as redistribution, which could be targeted for expropriation by the state. And if the Bill is in place before the ANC’s electoral conference in December, it could be used as a bargaining chip to help sustain the ANC vote in Kwa-Zulu Natal, and put Dlamini-Zuma in the front seat for succession. A must read. – Stuart Lowman

Much of the commentary on the Regulation of Agricultural Land Holdings Bill of 2017 (the Bill) has focused on its potentially ruinous consequences for commercial farmers, the country’s food security, and the economy as a whole. These socio-economic concerns are vitally important and provide more than enough reason to abandon the Bill.

Less appreciated, however, is the possible political value of the Bill to President Jacob Zuma and his supporters. That impact is likely to be particularly strong in KwaZulu-Natal, where support for Mr Zuma is wavering and his faction – though still in control of the ANC’s provincial executive committee – faces litigation over the regional election which brought it to power, plus significant criticism of Mr Zuma’s recent cabinet reshuffle.

Against this background, Mr Zuma – ever a canny political strategist – may see value in the Bill not only for the way in which it advances ‘radical economic transformation’, but also for its potential impact on the Zulu monarch and the 2.8 million hectares of customary land now vested in the king as the trustee of the Ingonyama Trust.

Prima facie, the Bill applies just as much to these 2.8 million hectares of mainly agricultural land as it does to land owned by white commercial farmers.

The Bill defines ‘agricultural land’ as ‘all land’ in the country, other than land which falls within ‘a proclaimed township’, or land which has already been ‘formally zoned for non-agricultural purposes’ by any sphere of government or public entity. Much of the land vested in the Ingonyama Trust would thus count as agricultural land and would be subject to the Bill. In addition, under the legislation establishing the Trust, any national land reform measure clearly applies to the land vested in the Zulu king.

Under the Bill, the maximum ceilings for agricultural land holdings could be set at 12,000 hectares, as both Mr Zuma and Gugile Nkwinti, minister of rural development and land reform, have mooted. Mr Nkwinti has also said that a maximum ceiling of 5,000 hectares might generally apply, except in special situations where larger amounts of land, up to the 12,000 limit, are needed for timber, game, and wind farms.

On this basis, most of the land now vested in the Ingonyama Trust could well be identified as ‘redistribution’ land under the Bill and targeted for expropriation by the state.

However, the Bill also gives the minister a broad power of exemption which could be politically valuable. Under these provisions, land which otherwise would be subject to the Bill may be ‘excluded…by the minister by notice in the Gazette’.

This opens up the possibility that the Ingonyama Trust could keep all the land vested in it, which exceeds the 5,000- or 12,000-hectare ceiling, if the minister were to exempt its land from the operation of the Bill.

The implicit quid pro quo could be an understanding that the Zulu monarch would help persuade people living on the Trust’s land to continue voting for the ANC in 2019 and beyond. Such an implicit recommendation might be particularly helpful in ensuring adequate support for the ANC under Mr Zuma’s preferred successor, his former wife, Dr Nkosazana Dlamini-Zuma. (Dr Dlamini-Zuma will labour under two burdens: her closeness to Mr Zuma, and a perception, as recently expressed by the Xhosa monarch, King Mpendulo Zwelonke Sigcawu, that ‘South Africa is not yet ready to be led by a woman president’.)

Such an implicit understanding with the Zulu king could be useful not only to Mr Zuma and his supporters but also to the ruling party as a whole. KwaZulu-Natal is the only province where the ANC’s vote has risen rather than fallen over the past decade – and the ANC will need the province’s continued support if it is to retain its control of the country in the 2019 general election.

This could be one of the unspoken reasons why the ANC is pushing for the Bill to be enacted into law this year. If the Bill is in place before the ruling party’s electoral conference in December 2017, Mr Zuma’s supporters could cite it as a potentially useful way to help sustain the ANC vote in KwaZulu-Natal, even under the controversial leadership of Dr Dlamini-Zuma.

This scenario could also help explain why the state law advisers have said that the Bill has no impact on ‘customary law or the customs of traditional communities’ and so need not be referred to the National House of Traditional Leaders. This is a surprising assessment when the Bill could allow the state to expropriate millions of hectares of land now vested in the Ingonyama Trust.

That this outcome could yet be avoided via a ministerial exemption also shows why broad powers of this kind are contrary to the rule of law. The rule of law requires that statutory provisions should be certain and clear. It also demands that there should be equality before the law. Giving the minister an untrammelled power to exclude certain land from the operation of the Bill, simply by publishing a notice in the Gazette, clearly contradicts the rule of law. It is also inconsistent with the Constitution, which identifies the ‘supremacy of the rule of law’ as one of its founding values.

Last week, Mr Nkwinti finally agreed to allow another 30 days for public comment on the Bill. This extension of the initial 30-day time limit should help commentators get to grips with all the damaging socio-economic consequences of the Bill. It may also give people a better chance to unpack just how useful the Bill could be in giving the Zuma faction increased leverage over the Zulu monarch.