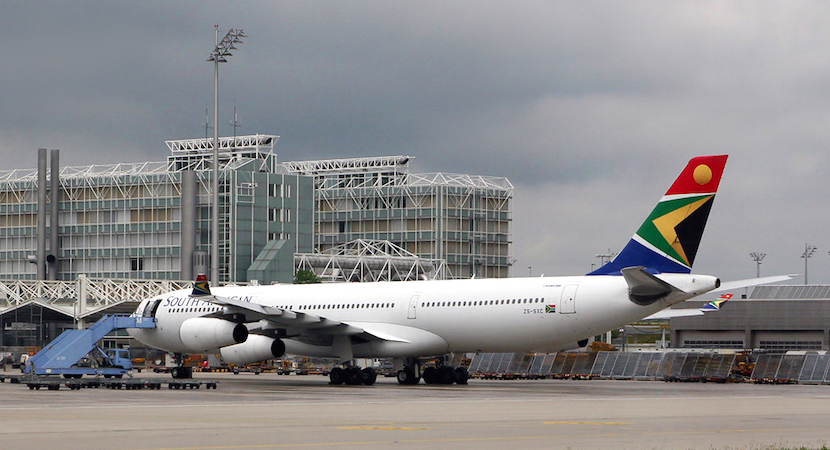 JOHANNESBURG — In this brilliantly written piece, James Peron doesn’t hold back in tearing apart the myth that basket-case, South African Airways (SAA), is a strategic, national asset. When asked about whether it’s time to privatise SAA, government always comes up with this excuse. Of course, the reality is that if SAA had to disappear tomorrow, other airlines would step in and fill the gap owing to South Africa’s tourist magnetism. However, keeping a national airline can still be in South Africa’s interest if it is partially or wholly privatised and runs at a profit. We can only dream though… – Gareth van Zyl

When it comes to the defence of South African Airways, all I can say is that Burger King wishes they had as many “whoppers” as do the SAA cheerleaders.

Consider the absurd claim that SAA is either a “strategic asset” or a “national asset”. The term “strategic” may be open to debate, but an asset is something that has net value. As SAA has been run it doesn’t have value – it’s a massive money hole into which billions of tax funds are dumped with no discernable improvement. If anything, it seems that whenever SAA is assured it will be bailed out, it becomes less efficient, not more so.

SAA is a financial millstone around the neck of South African taxpayers. As such, it’s the opposite of an asset – it is a liability and one taxpayers cannot afford.

We’re told SAA helps fill government’s “development agenda”. But, SAA isn’t developing anything – given that it consumes more wealth than it produces, it’s destroying development. It may have given cushy jobs to well connected board members, but it wasn’t helping development.

An airline that actually promotes development wouldn’t be a sinkhole for tax funds.

“However, what this agenda entails is not defined, other than to state in sweeping terms that SAA’s role is to ‘support South Africa’s National Developmental Agenda through: transformation, job creation and connecting RSA to trade and tourism partners’.

Notably though, the National Development Plan makes no reference to SAA, or indeed to any airline, other than to say, ‘Increased airline competition would help lower costs of travel’.”

It’s certainly true that cheaper air travel, due to increased competition, would help spur development, but that isn’t what SAA has led to at all. Jannie Rossouw, in the Mail & Guardian, points out that SAA acts to limit competition. The state-owned airline was in court because of its role in driving Nationwide, “one of the few competitors it faced on domestic routes”, out of business. The courts agree and ordered SAA to pay a fine of R104m.

If “increased airline competition” is important for economic development then the demise of SAA may be the best option. It has not acted to encourage competition, but to stifle it. Competitors don’t have the luxury of subsidised air fares, as does SAA.

There are things the South African government can do to help foster economic development but these are all things that take vast amounts of resources. Government has to invest in education and crime prevention – as just two examples.

Yet, every billion rands thrown at SAA is one billion less available for worthy causes. The Independent reported 214 schools in the Mbizana district in the Easter Cape were completely without textbooks. The Economist reports that 28% of South African pupils, who have been schooled for six years, can’t read. In Zimbabwe, it’s 19% and just 4% in Tanzania.

Non-white schools in South Africa suffered under apartheid as funds simply weren’t spent on them the way they were spent on white schools. Today funds that could go toward education are being spent to keep an inept and corrupt state airline from going under.

Another way SAA impacts development in South Africa is it redistributes wealth from the poor to the relatively wealthy. In 2010 consultant Terry Markman said:

“Subsidisation of SAA’s losses means that taxpayers are subsidising those who travel by SAA. It should be borne in mind that those who travel by air are amongst the wealthier section of society and hence there is a strange anomaly of this wealthier section of society being subsidised by taxpayers many of whom never travel by air and are amongst the poor. Whist this is surely not an intended government policy, it nevertheless is the de facto situation.

A fundamental question is whether Government should run an airline serving predominantly rich people at massive losses when private operators can and, when permitted, do provide all the economy’s needs efficiently and profitably? The answer must be a resounding ‘NO’.”

We are witnessing the perverse situation of a reverse “Robin Hood” where the government steals from the poor to give to the rich. Surely the struggle for democratic government wasn’t about helping the rich by subsidising their air fares. Even this subsidisation is doubly perverse in that, SAA, by limiting competition, drives up the cost of air fare for everyone.

Current government policy thus increases the airfares above what they would be in a competitive market – something that actually does benefit development if allowed – and then subsidises the fares for those wealthy enough to fly. 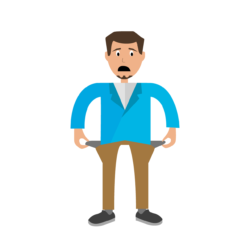 At this point, the entire SAA board has resigned, but abandoning a sinking ship is precisely what one would expect. Democratic Alliance Shadow Deputy Minister of Finance Alf Lees, warns “The airline is bankrupt and requires R10 billion to continue to limp along. It is time to face up to the fact that SAA can only be saved if it is put into business rescue, stabilised and sold.”

How many more bailouts will SAA require? And, what happens when the government doesn’t have the funds for one bailout after another? Defaulting on debts, or being unable to pay the bills, harms financial ratings for the country. Standards & Poor’s Global have already given South Africa a “junk status” rating, yet the government seems intent on putting its entire development agenda at risk to urge a financial sinkhole to fly.