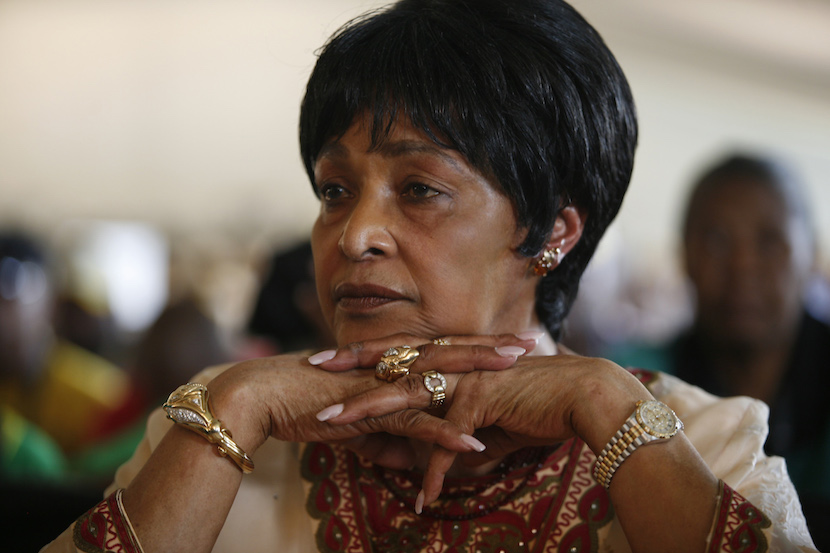 LONDON — The FirstRand success story has many contributors. Among the most critical is the now 68 year old branding specialist Derek Carstens, who returned home from the top of the global advertising tree, devising a strategy which positioned the banking group as a positive force in South Africa. Ten years ago, Carstens was seconded by the group onto the 2010 FIFA World Cup committee, heading the marketing of the country’s biggest ever sports event. He gave up the corner office for a stoep, relocating to the arid central area of the country where he established Taste of the Karoo which specialises in supplying the meat of veld roaming wild and farmed animals to restaurants and delis. Doubtless drawing inspiration from the big sky country, Carstens has reflected on jostling around the valuable “Brand Winnie”, with some surprising conclusions on the parties which will acquire and apply the political capital its ownership will afford. – Alec Hogg

That the ANC would lay claim to Madiba’s legacy was never in doubt. And rightly so.

However I am not sure the same can be said in terms of them being the sole, rightful heir to Winnie’s.

And make no mistake that as Madiba’s legacy becomes increasingly challenged on the basis of being a sell out and with Ramaphoria exuding a distinct whiff of elitism/White approval, Winnie’s claim on the soul of the majority of South Africans will inexorably strengthen.

Young, old, male, female, educated, not educated, Xhosa, Zulu, Sotho, Afrikaans, rural, urban, you name it. Across she spectrum she will seemingly be immortalised as the latter day icon of the people, their fearless champion. Resolute in her commitment, pure in her motives, compassionate and caring. And the legacy will grow with time as she potentially challenges Madiba.

Fresh in the psyche of the Nation, in sync with its mood.

The Mother of our Nation who stood up to the oppressors vs the Father of the Nation who compromised with them.

The Great Appeaser vs The Fearless Fighter.

Simplistic – maybe. But with 2019 looming who would you rather have in your corner, as I believe it will be increasingly difficult to claim them both.

The ANC will doubtless try, after all she was one of them. Kept them alive whilst the men languished in prison. However they did blot their copy book by so callously marginalising her in the 90’s. And remember how Mbeki shamefully shunned in full view. Rue the day Thabo. Rue the day.

The DA are clearly not even in the starting line-up let alone the blocks. Mmusi with his White bosses looks increasingly marginalised from the Black electorate and her legacy in particular. I mean how out of touch can you be when you have to debate “diversity” at your recent Party conference. Really .

Black First Land First will also have a run at claiming a piece of her. Given their militancy they could probably do so with a fair degree of legitimacy. However methinks at present they lack the requisite stature/gravitas.

The UDM are seemingly too closely aligned to Madiba by virtue of Bantu’s well known strong personal ties to him.

The IFP also a non-contender given their appeasement in the past.

On balance I think it fair to say that despite dropping the ball the ANC can still score a try. However it will become increasingly challenging for them. Fact of the matter is that amongst the more militant, educated youthful people the legacy of Madiba is increasingly been scrutinised and challenged.

This was dramatically brought home to me watching a recent eNCA debate hosted by Eusebius McKaiser. As an aging, increasingly out of touch, irrelevant Whitey I was stunned to hear the youthful members of the audience having a full go. Labelling him a sell out and a compromiser. Forget about what challenges he faced. What matters is now, not what happened then. Whites still run things and Blacks still suffer. That’s the jist of it.
Similarly I was equally rattled when some young attorney friends recently informed me that at their respective law firms (prestigious one at that), whilst Black colleagues were cordial in the corridors and at the water fountain, they are committed EFF/anti-White folk. Go figure.

So what exactly is happening here? Well it’s simply this. The playing fields have not been sufficiently levelled since 1995 in terms of Rands and cents. And that’s what matters now – not right to vote. Been there done that.

The reason in their view quite simply is that Madiba presided over a compromise (whilst Winnie was in the ANC wilderness) which left White economic supremacy (WMC) intact. And it is still like that today. Colonialism of course being the beton noir. On this note and as an amusing aside I must say I battle to reconcile the vociferous demonisation of colonialism with wanting to host the Commonwealth Games, let alone take such pride in our participation. After all a principle is not a principle till it costs you something. However in this case we are seemingly happy to damn what the hosts stand for (Prince Charles there nogal), but revel in the glory of competing at their event. The mind boggles at the strangeness of the bedfellows.

But back to the topic at hand.

So here we have a situation where post ‘95 an aging, but huge Party, built largely on the legacy of one man now faces the prospect of his legacy been challenged by a potent newcomer. Rivonia trialist, prisoner vs the spirit of ’76, activist and anti-Zuma.

A new role model for young people. Think of the associated magnetic imagery.

Put simply as an erstwhile brand manager I can think of nothing more alluring than Brand Winnie. Consider the following brand description:

It really doesn’t get much better than that.

So who will claim her?

Who will win the race, because make no mistake to the victor will go some serious spoils. Maybe not in 2019 but by 2024 for sure.

Some questions then to consider in this regard include:

Who owns the youth?

Who has a youthful leader?

I think we all know.

ANC the gauntlet is being thrown down.

Brand Winnie. The race is on.