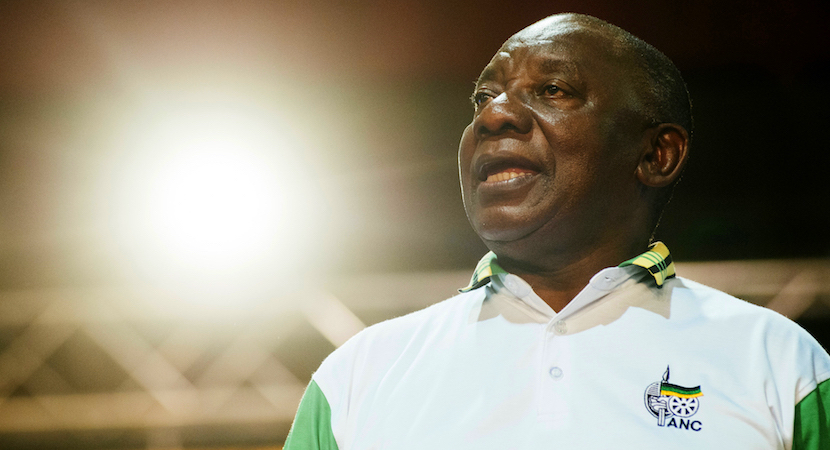 JOHANNESBURG — As investors we are really interested about two aspects when it comes to politics. The economics and politics that affects South Africa’s investment landscape. I had analysed this back in 2014 (below the article), but fast forward through an economically painful Zuma presidency, Ramaphoria needs to be objectively measured by looking at soft and hard data. First, the good news is that by looking at consumer confidence by income group, it’s fair to deduce that the general South African public is optimistic by the new president. Where the reality starts to sink in is when hard data is analysed in trying to quantify the economic benefit of a new president. This laggard gauge lies in the consumer’s ability to spend. Retail and car sales show a less optimistic view. Not yet at concerning levels but showing that we still need to wait before we get too excited. South Africa’s new Ramareality. The market is affected by politics, where presidential appointments or dismissals are of interest to investors, business and the markets. – Sanelisiwe Gantsho

Cyril Ramaphosa would surely have picked more favourable circumstances in which to take office if given a choice. The President came to power in February amid economic struggles and political unrest, as corruption allegations dogged the nation’s politics.

The economic doom and gloom has hung around South Africa for some time, coming to a head in 2017 with unemployment high, growth stagnant and credit ratings entertaining the much-feared ‘junk’ status for the country. It’s hardly surprising that this was fertile ground for political unrest and then change, as the era of Jacob Zuma finally came to an end.

But, does this legacy mean there is irreparable damage for the market and, therefore, Ramaphosa’s chances?

While it’s still early days for the new President, the initial signs are good. Indeed, the sense of optimism and confidence in the country is being dubbed ‘Ramaphoria’ in some circles.

Recent figures from the World Bank suggest that this sense of optimism can bring tangible benefits. The World Bank has now raised its forecasts for the country for 2018, predicting growth of 1.4% (up from 1.1%).

Senior economist Marek Hanusch said: “President Cyril Ramaphosa has demonstrated a strong commitment to strengthening institutional integrity – especially in state-owned enterprises – reaching out both to business and labour, and pronouncing his intention to build a new social compact in the country.”

He added: “Business and consumer confidence is up, and market appetite for South African securities strengthened.”

Credit rating agency Moody’s has also decided against a downgrade, choosing to keep the country’s Baa3 status with a stable outlook. The devastation of a downgrade could have been massive – and a big blow for Ramaphosa – with expulsion from the Citi world government bond index.

Those with a keen eye on forex investing will note that the good news has spread to the Rand too, with growth by as much as 12% since the African National Congress conference.

Fears of a US-China trade war did raise the prospect of reversing the Ramaphosa bounce, but a recent Reuters poll of strategists predicted that the Rand should retain most of its early 2018 growth in the coming 12 months.

Absa Capital strategist Mike Keenan said: “What has been driving our Rand forecast is that the emerging market fundamental backdrop still looks strong, particularly the interest rate and growth differentials. That should help the rand sustain this year’s gains.”

These are all the early signs of a recovery which, as discussed, add substance to the general feelgood factor. There’s clearly a long way to go.

Mills Soko director of UCT Graduate School of Business summed up the situation best in a piece for The Daily Maverick.

He wrote: “This is not an easy path for anyone. Fortunately, Ramaphosa, a skilled negotiator who played a major role in the crafting of SA’s new Constitution, seems up for the task and is pushing hard to return SA back to its glory days under Nelson Mandela. On the road ahead he will need the support and commitment of all sectors of society – including business, civil society and academia. There is a window of opportunity to get this country back on track and we should take every advantage of this. Such an opportunity might not come again.”

Political unrest has undoubtedly caused issues with the markets. However, there are good signs that the fresh start under a new President will bear fruit for South African going forward.