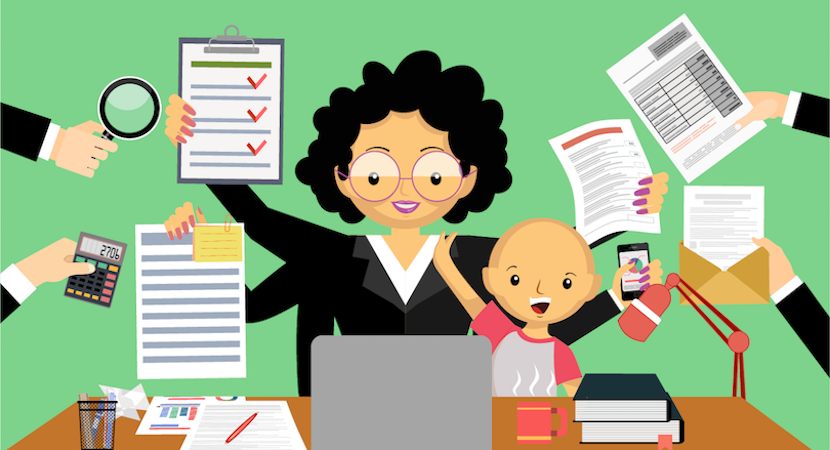 How do you balance the demands of parenthood with the stresses and pressures of the workplace? It’s the great challenge of our busy age, and sometimes, when you weigh up all the pros and cons, you just have to go with your gut.

I clearly remember the day my son punched me in the gut. Well, with his words, not his tiny little fists.  It was school holidays, and he was home with his dad, who was on leave. He begged me to not go to work that day and to rather stay home with him. I gave him my usual answer. Mama has to work in order for us to have money to do stuff.

But I don’t want money, I just want you, mama, Thomas howled with all the might his five-year-old lungs could muster. That’s when it hit me. I was failing my son. I had grown so dependent on the lifestyle my job afforded me. I was ‘making memories’ with my son by ticking off all the ‘stuff’ and canned activities the parenting blogs are paid to flog. But my son felt he had lost me, and was sounding the alarm.

My husband and I shared a look across the room. When he saw how close my tears were, he distracted our son while I stumbled out the door like a wounded animal. It’s not like this was news to me. I knew I was caught up in the rat race. I had all the angst and negativity to prove it.

I was working at a major magazine publisher at the time, and I was lucky to make it home before 7 on a good night. On nights when we were going to print, I would crawl into the house at midnight, wracked with guilt and feelings of inadequacy as a mother. My son would be fast asleep, and I would get into bed with him and snuggle, while choking back tears of guilt.

I was part of a pack of women who all seemed to have it all. I loved the buzz and the co-dependency as we worked side by side in the trenches.  We were superwomen, and we were taking no prisoners.

After years of a doubly reinforced glass ceiling in our industry, the older ones amongst us had smashed those ceilings and were racing up to Exco level. The band of sisters following them were determined to follow in their footsteps.

I think we chose not to see the flotsam of broken marriages, fragile mental and physical health and all the crutches like chain smoking, wine and coffee surrounding these pioneers.

I was dependent on being a part of this fabulous pack, but somewhere along the way I unknowingly smashed my child’s heart. Now, I’m not saying working mothers are bad, but if I had carried on in that job, I would have been a bad mother.

I spent the week after my son’s heartfelt plea feeling angry and ashamed. Angry at what climbing the corporate ladder turned me into, and ashamed that I was failing at one of the best roles I ever undertook, being a mother.

I took off the week after that and spent a blissful week with my son. No canned activities, just us, being at home, in the park, on the beach, having unscripted fun. The boy wanted his mama, and his mama is what I gave him.

Elton and I had made a decision that when the kids came, one of us would stay home for the first few years. I had the more successful career at the time Thomas arrived, and Elton was more than happy to be the primary parent for the first two years.

After realising just how addicted I had become to the buzz of being with the in crowd, I told Elton that I was heeding our son’s warning and taking a step down the ladder. I started looking for a straight 9 to 5 job that still involved me writing, but not for weekly magazines. It was not the wisest move we’ve ever made, but it was what our family needed.

It has been five years since that morning my son gave me that wake-up call and I have fully weaned myself from the buzz of climbing the corporate ladder. Due to a rare, incurable disease, my husband is unable to work and is at home with our son. Even though life has thrown some curveballs our way since my decision to take a step back, I’m happy with my gentle job that pays the bills.

I may no longer be a part of the Alpha squad, but I have more freedom to make memories that count. And not having to miss a bedtime story and snuggle due to the demands of work, is a pretty good trade-off, if you ask me.