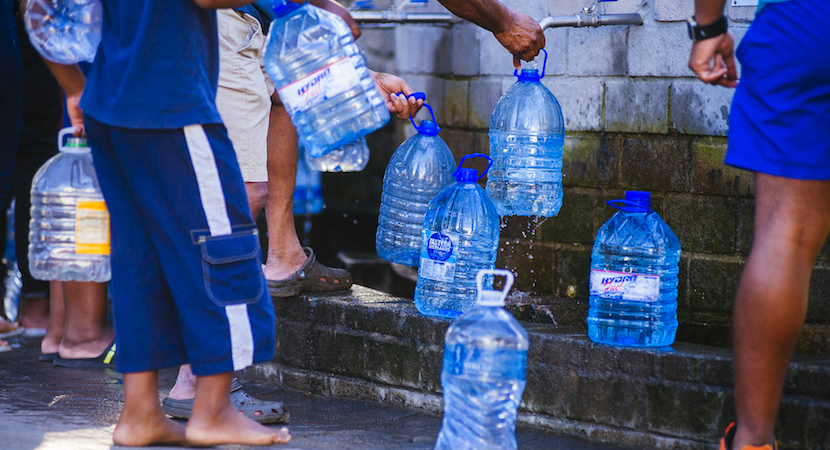 CAPE TOWN — Besides creating a single integrated strategy to improve its water security, South Africa has to rapidly improve its water quality infrastructure through maintenance, repair and capital investment. Only one third of our river systems today remain unpolluted. The equation is simple; the cost of restoring degraded river systems renders any savings from cost-cutting on water quality maintenance and infrastructure infinitesimal. In my experience in the health field, it’s not just a question of cost-cutting but often outright neglect that results in sewage leaking into water supply systems with sudden outbreaks of diarrhoea and cholera killing infants and the elderly. And it’s often picked up only when the local mortality rate deviates dramatically from the norm. The Institute for Security Studies predicts that in just 17 years’ time, SA’s water demand will exceed supply by 10%, the gap rocketing to 21% if planned water schemes are not carried out. A national campaign along the lines of Cape Town’s Day Zero should be implemented among consumers – accompanied by a zero-tolerance campaign among municipal officials responsible for water quality. How about including a time-line to acceptable water quality levels in the responsible officials’ job performance specs from here on out? – Chris Bateman

South Africa is often referred to as the 30th driest country in the world, a claim that’s based on its average annual rainfall of 500mm compared to the world average of 860mm. National rainfall averages have a purpose. They do, however, have limited value where regional and local rainfall distribution varies considerably and when water security is threatened by recurring droughts, or when water use is poorly regulated and managed. Average rainfall data is meaningless when water demand exceeds supply.

This is true in South Africa. Since 2013 nearly every region in South Africa has experienced some form of drought and water shortages resulting in water restrictions in urban areas and in the agriculture sector.

Currently, the metro cities of Cape Town and Johannesburg have restrictions in place. Cape Town requires its agricultural sector to reduce water use by 60% and its citizens by 45%. Likewise, whole provinces, such as the Eastern Cape, large municipalities and numerous smaller towns have various levels of water restrictions in place and in some cases receive only intermittent supplies.

A reliable supply of water at an acceptable quantity and quality that’s not harmful to human health, livelihoods, development and the environment is essential for the future development of South Africa. Yet erratic rainfall and increasing water demand is increasing levels of water stress.

Crisis proofing South Africa’s water security is imperative, but it’s not clear how this can be attained. There’s no universal agreement on how water security is measured. Typically measurements include water availability, water risk and hazards, water use, access and equity in water, and the effect and frequency of floods and droughts. What’s often missing are ways of measuring adaptation and environmental sustainability that are likely to improve the chances of becoming water secure.

South Africa can’t change the climate systems that influence weather variability and conditions. But it can do a lot to adapt to changing the future where parts of the country will get drier, warmer and the intervals between droughts will be shorter.

South Africa is a water stressed country. Indices show regions of high water demand, particularly in the south-western and eastern parts, and also in north. These regions are likely to become increasingly water stressed because of an over use of surface water followed by drought that will effect social and economic development.

By 2035 water demand is expected to exceed supply by 10%. If planned water schemes aren’t carried out the Institute for Security Studies estimates that this gap could increase to 21%.

South Africa has a number of specific challenges that make it difficult for achieving water security. These include:

South Africa needs to do three things as a matter of urgency:

Close the gap on water supply and demand. This is primarily a function of the National Department of Water and Sanitation. Currently, however, the new Minister for Water and Sanitation, Mr Gugile Nkwinti, has his hands full in fixing the department and attracting experienced personnel to senior vacant posts and new appointees to the National Water Advisory Committee.

Draft an integrated water security strategy that includes components that are measurable to enable progress to be tracked and government to be held accountable. The strategy already exists in a plethora of national policies, regulations and development plans, but the transition to a water secure country must be measurable and capable of improving water-related decisions and plans.

Improve water quality infrastructure. This includes water treatment plants and drainage systems that pollute freshwater systems and storage dams. It’s understandable that the supply of water has taken centre stage, but the general neglect of surface water quality is an issue that can’t be ignored any longer. Only a third of South Africa’s rivers are in a good condition while the cost of restoring degraded river systems is increasingly prohibitive.

South Africa’s developmental agenda will be well served by ensuring a reliable and secure water management system. Water security helps to reduce poverty, advances education, supports productivity and increases living standards. Most of all an improved quality of life, especially for the poor and most vulnerable, will result from good water governance.

No country or city can afford to be without a reliable source of water. A no regrets strategy takes a precautionary approach that avoids a water crisis from escalating into failure.