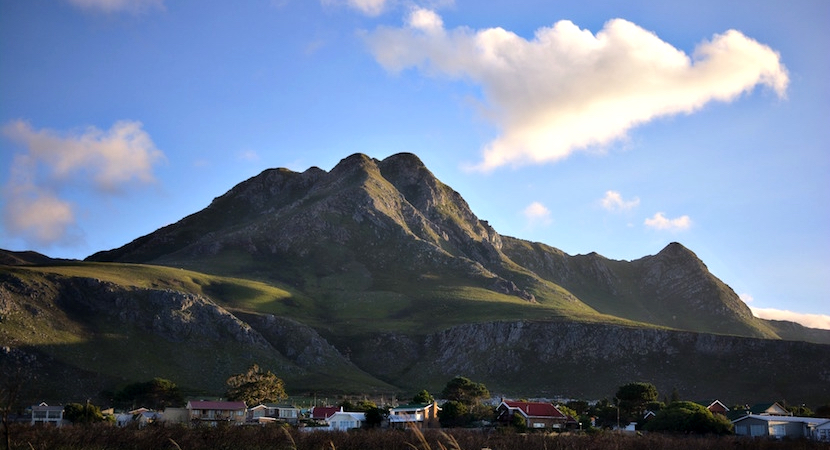 CAPE TOWN — South Africa needs to fundamentally repurpose the historical architecture of its land reform, based as it is on Western colonial mindset. It can do this by challenging the supremacy of titling and casting off the shackles of the communal paradigm, says Simon Hull, a senior lecturer in Geomatics at the University of Cape Town. In this fascinating treatise, he delves into the faulty – and frankly unconstitutional – assumptions upon which current government thinking on land reform is based. It’s a complex and seemingly contradictory debate which requires some hard thinking to get to grips with, given the murky tangle of inherited laws, customary practices, and Western versus traditional paradigms. Yet it’s a vital contribution, given the crazy rhetoric that buzzes over our heads daily, providing a perspective and appreciation otherwise lacking. It sets one wondering just how widely our land reformists have consulted with those for whom the latest patronage is intended. Hull portrays some rare and unexpected fears about holding individual title which emerged during lengthy interviews with customary land right holders in the Eastern Cape. It all adds more than a pinch of salt to the claims and justifications made by politicians for their entrenched, adversarial positions. – Chris Bateman

The land reform debate in South Africa has become increasingly polarised since Parliament resolved to consider amending the country’s Constitution to allow for the expropriation of land without compensation.

But the slow pace of land reform – a process that aims to address the dispossession of the previously oppressed black majority – will not be solved by amending the Constitution. That’s because the main problems with the country’s land reform programme have nothing to do with it.

The main problem lies with the government’s thinking behind land reform. It’s rooted in a Western, colonial mindset that’s totally out of step with how many would-be beneficiaries understand land.

The problem stems from the fact that indigenous systems of land ownership are not the same as the absolute ownership approach preferred by the West. Nor are they what early colonialists assumed when they adopted a communal paradigm, assuming that land was collectively owned by indigenous communities. This was not the case. Some land was for communal use (particularly grazing and some agricultural land), but families and individuals held exclusive use rights over other areas such as homesteads.

South Africa needs to move away from the communal paradigm that entrenches colonial and apartheid-era thinking, and move towards an approach that’s better aligned to living norms and traditions.

Rejecting the communal paradigm, I prefer to refer to customary land tenure to describe how indigenous communities manage their land. Customary tenure systems are regulated by traditional norms and practices, within which land rights are socially embedded. They are dynamic, multi-layered and responsive to the needs of the community. As a result, and contrary to common perception, they can offer secure tenure.

What is required is legislation to recognise and protect them, and for such legislation to be properly implemented. This, unfortunately, is not the government’s approach.

The government sees customary tenure as insecure and an impediment to economic development. In terms of the Green Paper on Land Reform, land in South Africa may only be owned by a “small elite”. The State Land Lease and Disposal Policy (which does not provide for ownership, but allows beneficiaries of land redistribution to lease land from the State), has been criticised as showing the government’s lack of faith in poor black farmers. And the Communal Land Tenure Policy seeks to transfer ownership of customary land to tribal authorities. This deprives land rights-holders of their land rights, rendering them subjects of the chief instead of citizens of the country. Such an approach is unequivocally unconstitutional.

Globally, individual title to land (ownership) is seen as the ultimate goal because it allows people to access the capital value of their land and promotes investment. This view is supported by both the African National Congress and the main opposition party, the Democratic Alliance.

Titling is seen as a sure way to lift people out of poverty. But the link between giving people title deeds to their land and poverty alleviation in sub-Saharan Africa is contested.

Titling, or the formalisation approach is supported by some people, while others argue against it. Those who oppose it warn that it could bring about greater insecurity of land tenure, especially for women and other vulnerable groups.

From interviews I conducted with customary land rights-holders in the Eastern Cape, the biggest fears around formalisation were:

Government views formalisation through registration and title as a quick fix “silver bullet” solution, but it’s beset with “intractable problems and conflicts”.

In some cases, beneficiaries of land titling programmes revert to customary practices. This is partly because they don’t identify with government’s imposed system of ownership.

A conservative approach is to recognise customary tenure systems that are socially embedded and that may offer more security than ownership through titling. Such recognition represents a shift away from the supremacy of ownership that views individual title as the be all and end all.

Current policies seek to undermine customary land rights-holders, allowing them only to lease land from the state or to have secondary use rights as subjects of traditional authorities. South Africa needs a new approach, one that challenges the supremacy of titling and casts off the shackles of the communal paradigm.