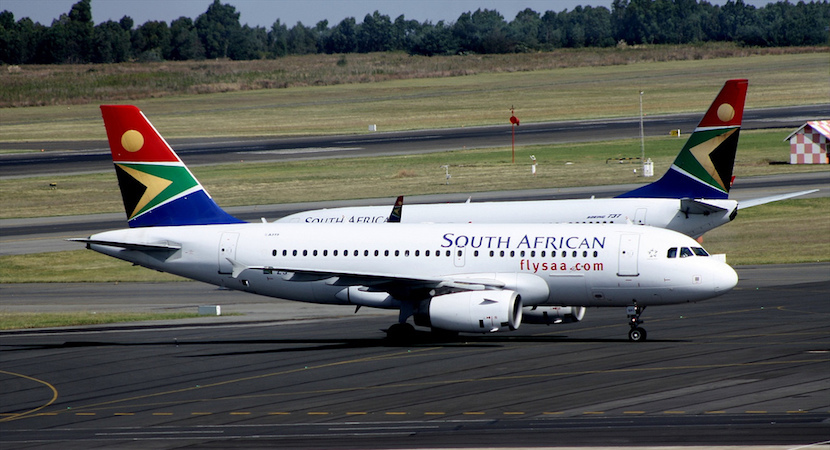 JOHANNESBURG — The 20-year cost to taxpayers in keeping South African Airways in the skies is estimated at around R60bn. With the state-owned airline searching for another R21bn, needed to keep the engines running until it’s expected to turn profit in 2021. It’s a tough pill for taxpayers to swallow. The airline has always been touted as government’s vanity project, with French novelist George Sand defining vanity as the quicksand of reason. And it would seem reason has been thrown out the door. It would also be a tragedy if the country’s fiscus was pulled down by an airline, and given Eskom is also burning a hole in the country’s pocket at a rate of knots, one wonders if any state-owned enterprise is in the ANC’s circle of competence. – Stuart Lowman

SAA has reached this point in its financial crisis through persistent mismanagement and cronyism, with the SA government as main shareholder refusing to take tough decisions about the company. But such decisions can’t be delayed any longer.

In theory, it’s the South African government that supports SAA and bails it out in times of need. But in practice, it’s the country’s already struggling taxpayers who foot the bill. And they keep doing so, with no clear plan in sight to stem the airline’s financial haemorrhaging. The Free Market Foundation, an economic and policy think tank, estimates that SAA has already cost taxpayers close to R60bn in the past 20 years.

I have argued for some time that SAA is nothing more than a government vanity project and should be sold. In March 2016, when I first said this, it might have been feasible; then, the airline was still financially viable. That moment has passed as the government kept SAA as a vanity project.

President Cyril Ramaphosa says that closing SAA would destabilise other state-owned entities and the broader economy.

The country’s recently appointed finance minister Tito Mboweni disagrees. In his recent medium-term budget policy statement, Mboweni warned that failing state-owned entities are “no holy cows” and would be expected to pull their financial weight.

South Africa can’t afford any more delays. Strong players in the continent are eating into the airline’s already weakened base. These include Ethiopia and Kenya’s national carriers as well as minnows like Namibia’s airline.

In the meantime, South Africans taxpayers are caught between a rock and a hard place. The country can’t afford SAA anymore – and can’t afford to close it down. What is the next step, then?

The only option left for SAA

I believe there is only one option: an independent cost-benefit analysis into SAA’s continued existence and the possible implications of its sale or closure. This should be an independent process; both SAA and the South African government have vested interests in the outcome.

This would be a first, and its successful completion could set a benchmark for judging the continued financial viability of other problematic state-owned entities like Denel and the South African Broadcasting Corporation.

This is urgent. SAA is not just asking for more money to keep itself airborne. Its chief executive, Vuyani Jarana, has told a parliamentary committee that the airline will not be profitable by 2020, as it initially announced. It now says it will be profitable by 2021.

One of the reasons it has fallen short is that SAA’s management got its oil price forecasts completely wrong. It planned for an average oil price of US$ 45 per barrel over. The actual average has turned out to be $75 per barrel.

It does not take a lot of management competence to understand that a single oil price cannot be used in profitability forecasts for a company sensitive to oil price fluctuations, as is the case with an airline.

It has also emerged that senior managers at SAA are earning enormous monthly salaries (Jarana, for instance, earns R6.7m a year). This fact, coupled with obviously chronic financial mismanagement – how else to explain that the airline spent its last government bailout of R5bn in just one month? – is galling to taxpayers.

During its presentation to Parliament, SAA’s managers offered no alternative plans. It’s a government bailout – or bust. But this isn’t sustainable. An independent assessment is critical if SAA is to be saved from itself; and the country’s reeling taxpayers are to be saved from the airline’s excessive demands.