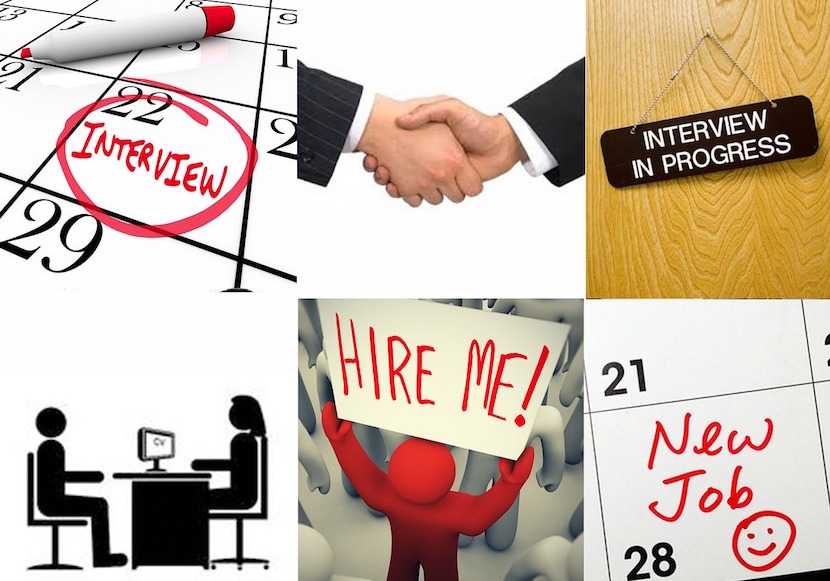 CAPE TOWN — Next time an opportunity presents itself for South African voters to corner politicians tramping the hustings, here’s a list of job-creation questions tailor-made for the occasion. They’re drawn up by Ann Bernstein, head of the Centre for Development and Enterprise, and the answers you get will give you a great indication of how much thought various parties have put into problem-solving versus spouting shallow adversarial slogans. She isolates key issues, most urgently youth unemployment and inadequate training, the estimation of which literally made my hair stand on end. Jobless and half-educated describes 60% of South Africans. Add to this the high cost of employing low-skilled workers and it soon becomes apparent why young and unskilled people stay jobless and simply get older. Companies would rather employ somebody with a modicum of skill plus experience – especially when they cost almost the same as someone with none. Which brings us to Bernstein’s central point; policy-makers have chosen to raise the costs of employment at the expense of reduced employment growth. Hardly an acceptable trade-off when most young South African’s anthem is Sifuna Umsebenzi. Or, to steal a Johnny Clegg line; ‘there’s a jobless army on the march’. Who knows what they’ll do? – Chris Bateman

As the 2019 elections approach there has been too little debate on the policies that political parties are offering the electorate. At this time of multiple crises and challenges voters should engage political parties on how they intend to improve the quality of life and expand the opportunities of all South Africans, especially the 50% of the population who are poor.

In a series of briefs, Agenda 2019, the CDE is encouraging voters to go beyond the slogans and ask tough questions on key issues before casting their votes.

One of the issues on which we need answers most urgently is youth unemployment. Here’s why.

The labour market is letting young South Africans’ down. When SA goes to the polls on 8 May, almost 8m people between the ages of 15 and 34, will be neither working nor in any form of training or educational programme. Many will be among the nearly 150 young people who have joined the unemployed queue every single day since 2008: most of them will be eligible to vote.

Young people who fail to find work early will be condemned to a lifetime of exclusion from the main currents of social and economic life, especially formal sector employment, for most if not all of their lives. For those who have not obtained their matric, prospects are especially dim: more than 60% of working age South Africans who have not completed school are not in employment.

This is a tragedy on a vast scale and an equally immense waste of South Africa’s resources. Unemployment is the principal driver of inequality and the social malaise stoked by exclusion is a deep and growing threat to our prosperity and to democracy itself.

Youth unemployment is a crisis with deep roots. Since the 1970s the economy has failed to generate enough jobs for new entrants into the labour market, a trend that has been exacerbated by numerous policy decisions that have increased costs and risks for firms and investors.

South Africa’s economy has become increasingly capital intensive over the past decade, partly because of technological changes. Much of the blame, however, lies with the low skills of the workforce and the relatively high cost of employing low-skilled workers. This has been driven by South Africa’s labour market policies and institutions, which are designed to address perceived injustices and exploitation associated with the apartheid workplace.

The position of young, inexperienced workers is made especially precarious by the fact that, in most industries, minimum wages are almost as high as the wages paid to the median worker. This means that firms have no incentive to risk employing someone who is young and who has no experience. Why do so, when employing an experienced worker costs about the same?

This is the critical choice made by policy-makers: they have chosen to raise the costs of employment at the expense of reduced employment growth. And the key question that any voter needs to think about is whether this is an acceptable trade-off in a country in which the majority of young people cannot find work.

The best way to get more employment is for the economy to grow. And the best way to achieve that is to ensure that the environment is conducive to doing business. That, in turn will facilitate new firm formation and growth, generating additional jobs.

Firms producing goods and services for customers who are willing to pay for them are by far the most likely drivers of employment growth at the scale needed by our labour market. There is no conceivable set of social projects and initiatives that would achieve this goal more effectively and sustainably. 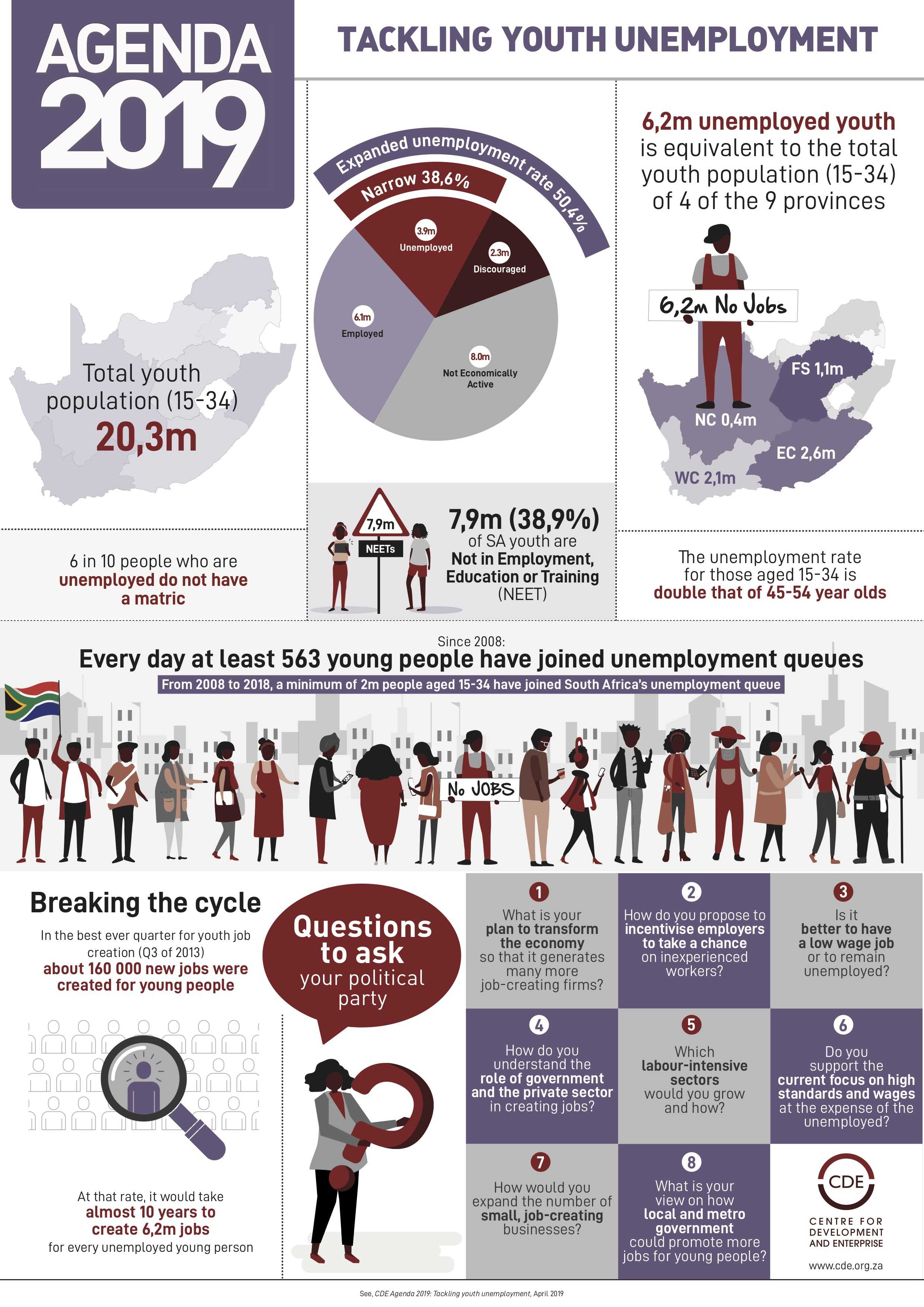 Better training is important but skill and training interventions will have a limited impact in the absence of reforms to make the economy more dynamic and flexible. They will also do little for the employability of the millions of people who have exited the education system.

Many put their hopes into youth entrepreneurship programmes. Good intentions  notwithstanding, the hard reality is that unemployed young people are least able to establish successful firms. Start-ups have very high failure rates and the best training for entrepreneurship is a job.

In the face of this dire situation, what do we need to ask the people who want our votes in May? Here are some of the critical questions.

What is your plan to transform the economy so that it generates many more job-creating firms?

A growing economy allows firms to expand and new firms to open their doors.  South Africa has to put the requirements for faster growth at the top of its priorities, taking precedence over all else.

What is your party’s understanding about the roles of government and the private sector in creating jobs?

The most appropriate division of labour is for the government to focus intently on creating as business friendly and politically stable an environment as possible, so that the private sector can invest, confident in the expansion of the economy and secure in the knowledge that they will reap the benefits of success.

Does your party support the current focus on high labour standards and high wages at the expense of the unemployed?  Is it better to have a low wage job or to remain unemployed?

The Expanded Public Works Programme and the Community Work Programme ensure that some public services are provided in ways that absorb more unskilled labour. To the extent that they succeed, it is because the costs of employment are kept down by offering lower wages. Policy-makers need to think about the lessons that can be learnt from this, and whether this principle could be extended beneficially to other parts of the economy. A low wage problem is far better than an unemployment crisis.

Which labour-intensive sectors would you grow and how?

Growth in some sectors – light manufacturing and tourism, for example – generates more jobs than others, especially for low-skill workers. What can policy-makers do to improve the prospects of firms in sectors like these?

How would your party expand the number of small, job-creating firms?

Relative to their output, new firms and small firms tend to employ more people than larger, older firms. They are also relatively more vulnerable to high regulatory costs and burdens. Reducing the regulatory burden on them could help accelerate employment growth. Which regulations, if any, would political parties reform or remove to improve the prospects of smaller firms?

What are the  views of political parties on what local and metropolitan government could do to promote more jobs for young people?

South Africa’s constitutional system gives local government only limited authority to address many of the challenges firms and employers face. But, given their resources, and the role cities play in spatial planning and building approvals, they can improve or worsen the business environment. What should change for them to have a greater impact on youth employment?

South Africa today is ‘No country for young people’.  Before you vote, find out what political parties are going to do to change this terrible reality.