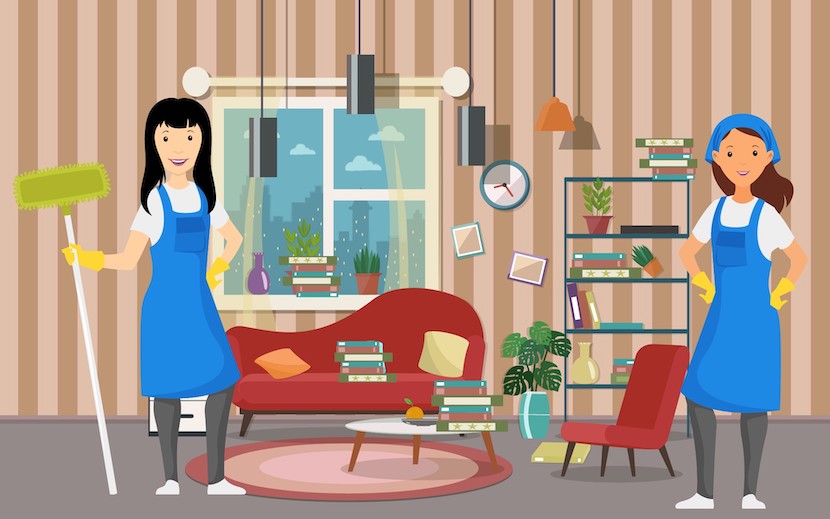 We could all do with a little less of the odds and ends that clutter up our daily lives, but is the Marie Kondo way a real solution or just a fleeting fad? There’s only one way to find out…

On holiday earlier this year, I kept seeing the name Marie Kondo popping up on my social timelines. Now, I’m not an early adopter of anything. I usually join the party as the cool kids are about to leave for the after-party, when the beer is stale and the snacks are tired and wilted.

I was mildly intrigued, but not enough to dig deeper, until I saw her show pop up on my Netflix suggestions list. I moved from mildly intrigued to let’s check this out. I’m not one to give in to whatever the hype of the moment is, but the idea of a super organised Japanese woman tidying up clutter was enough for me to have a look.

When I left home to study at 18, I had one suitcase. When I moved into my own flat three years later, I had a grand total of two suitcases. I was acutely aware of not having much, and when that first salary hit my account, I started my desperate quest to collect and own “stuff”. I was desperate to shake my “poor” image and never not have “enough” again.

As a result, I’ve moved with the contents of every place I’ve ever lived in, every time I moved. Letting go of my stuff was never an option, as I feared losing it all.

The problem is, every move just gets more complicated as I accumulate more stuff. Currently, I have the contents of roughly 16 moves, plus my husband’s stuff he brought into our marriage, plus some of granny’s stuff and some of my aunt’s things.

Read also: Rochelle Barrish: Granny, I wish I could tell you how I finally met the light of my life

When I did my annual angst fest slash taking stock in the early hours of January 1 this year, one of the things that raised a red flag was the fact that my car has to park in the carport instead of the cosy garage. Not a big deal in most cities, but I live three minutes away from the beach and the rust. So why does my car not fit into the garage, you ask?

Stuff. The answer is stuff. And in addition to all the above-mentioned stuff, I also kept everything that was ever bought for my son, Thomas, 11. I have it packed away in storage boxes.

In a recent session with my therapist, we touched on why I’m feeling overwhelmed, and the chaos in my house was identified as a clear stressor. I have books I plan to read stacked all over the place. I have stuff I can’t get myself to throw away, stashed in every little drawer or shelf.

She helped me realise that because I lost so much in my childhood, the need to collect and own things became an obsession with me. One that was hindering my growth and contributing to my feelings of being overwhelmed.

I was not prepared for that realisation and even less prepared for the first episode of Tidying up with Marie Kondo. One of the first sentences I heard was: Cherish the items that bring you joy, and let go of the rest with gratitude. Whoah! What even?

But they all bring me joy, don’t they? How dare anyone, even a cute petite Japanese super organised woman, force me to take stock and dump things?

But the pivotal moment for me was when a South African living in Dubai, who I met via Twitter, came back home for two weeks and packed one small backpack for his trip. I was gobsmacked! From his social media updates, I knew he had stuff, but the fact that he could travel *so* lightly made me reflect on my need to be surrounded by all my stuff.

I was intrigued and inspired, so I decided to delve deeper into the KonMari method and read as much of her as I could. She was throwing around some audacious ideas. It was rather unsettling.

As I reflected on the first episode, it dawned on me that there’s an opportunity to learn from my stuff, including the ones I will decide to discard. She also showed me that letting go of something I’ve not used for years is good, as it means it has no purpose, other than clogging up my life and causing stress.

After watching the first two episodes and reflecting on the chaos around me, I finally got what my therapist was talking about. My collection of stuff was definitely the reason for me feeling stagnant. For all the chaos in my head that overwhelmed me at times, because I was not taking stock of my current situation and eliminating stressors.

Days later I walked into my garage and found my boxes from my student days. I did as Marie said and thought deeply about each item that I needed to part with and how it would affect my life.

I let go of all my textbooks, notes, and study aids and gave them a vocal send off. I thanked my books and notes for the knowledge obtained and experienced gained, and dumped them in the bin. That freed up space for some of the stuff in my house to move to the garage.

But before you get all excited for me, I managed to do the student stuff only. That covers 1994 to 1996. I need to re-watch and re-read KonMari to tackle the years following 1996. But the bit of clarity in my head and space in my house and garage, has made me cautiously optimistic.

Spare a thought for me as I embark on this journey of reflecting and decluttering my head and home. Also, please send any KonMari hacks my way!