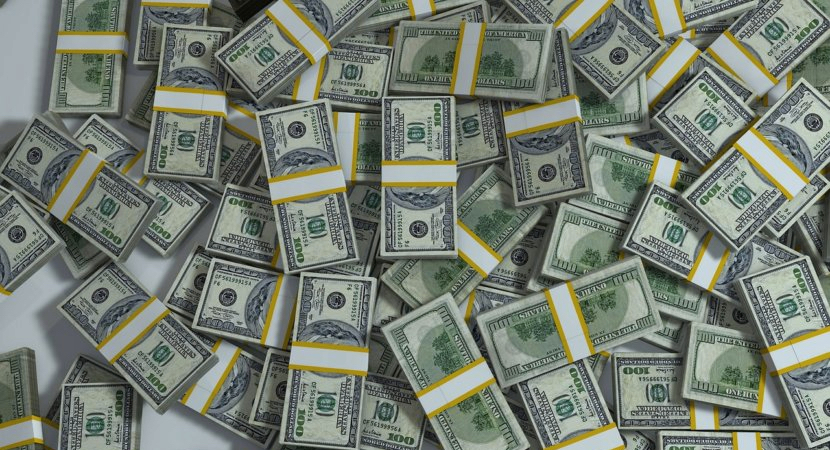 Quantitative easing, or QE for short, has been one of the most repeated phrases in the financial media since the 2008 financial crash precipitated huge efforts by governments to keep the global economy ticking. But, the term is often misunderstood, argues Pierre Faure, a professor and former central banker. He unpacks the concept and explains how new money is created through new bank loans. QE is an important tool, but not without its risks. As Investopedia notes: quantitative easing can lead to inflation as well as devalue currencies. – Jackie Cameron

“Quantitative Easing” in a nutshell

The South African press recently included reports on “quantitative easing” (QE). One government official referred to QE as “quantity easing”, and it being a panacea for obtaining funds for economic development. When QE was implemented by many countries after the Great Recession, the international press referred to QE as equivalent to the creation of new money in the economy. These reports reflect a profound misconception. In order to understand QE it is necessary to know (1) what money is, (2) what bank cash reserves are, (3) how new money is created, and (4) what monetary policy is. Synopses of these follow, before an elucidation of the essence of QE.

(1) Money is “anything” that is accepted by the general public as the means of payment. This is the general public’s deposits at banks. Consider of how Mr A, a member of the general public, pays for goods bought from Mr B: Mr A does so by Internet banking. Online Mr A instructs his bank to debit his bank account (by say R5 000) and credit Mr B’s bank account by R5 000. The money stock has not changed: Mr A has R5 000 less money, and Mr B has R5 000 more money. [Similarly, if the transaction is done in bank notes (which are central bank deposits), Mr A has less bank notes, and Mr B more; the money stock has not changed.]

(2) Cash reserves: In the vast majority of countries banks, by law, are required to hold a certain percentage of deposits in the form of deposits with the central bank (CB) (called required cash reserves – RCR). Thus, for every R100 of bank deposits (i.e. money), given a RCR ratio of 2%, the banks’ RCR is R2.

(3) Money creation: New money (i.e. bank deposits of the general public) is created in a manner that will surprise most people: By new bank lending. New bank lending creates new bank deposits. Consider yourself borrowing R100 000 from a bank. The bank will credit your bank account with R100 000. In terms of balance changes: The bank: Assets (the loan to you): +R100 000; Liabilities (your newly created deposit): +R100 000. The bank’s balance sheets balances. New money is created to the extent of R100 000, and the source of the change is a new bank loan of R100 000. The RCR ratio applies and the bank has to increase its RCR by R2 000. (Note: usually a bank will give you an overdraft facility; as you utilise the facility, the above example applies, but the amounts are equal to the extent of the overdraft facility utilised.)

An important question now arises: how does the bank get R2 000 additional required reserves into its account with the CB. In a nutshell: it cannot; no bank can create RCR with the CB; only the CB itself is able to do this: It lends the cash reserves to the bank. The bank’s balance sheet changes: Assets: Cash reserves with the CB +R2 000; Liabilities: Loan from CB +R2 000. The CB’s balance sheet changes: Assets: Loans to banks +R2 000; Liabilities: Cash reserves of banks +R2 000. In most countries, certainly in South Africa, the CB ensures [through open market operations (OMO) = buying and selling securities such as government debt instruments] that the banks are indebted to it (i.e. the CB) at all times.

(4) Monetary policy. In a nutshell, monetary policy amounts to “forcing” the banks to borrow from the CB at all times (called borrowed cash reserves – BCR), on which it levies a rate of interest called the Policy Interest Rate (PIR). In South Africa this rate is called the “repo rate”; it has different names in other countries. The PIR has a profound influence on banking interest rates, and therefore the public, and therefore on the economy, as follows:

Every bank has a tiny amount of BCR (i.e. a liability) relative to its deposits (also liabilities) at the PIR. Because banks endeavour to NOT borrow from the CB at PIR, they scramble daily in the deposit market to attract deposits. In this endeavour 1-day (called “call”) deposit rates are driven up to just below the PIR (which, effectively, is a daily rate). Other deposit rates are set with reference to the PIR. Thus, the CB “controls” deposit rates. The banks maintain a (pretty much) fixed (aka “sticky”) margin (3-3.5 percentage points) between deposit and lending rates, the most important of which is the prime lending rate – PLR. All other bank lending rates are set with reference to the PLR. It will now be understood that, via this mechanism, the CB “controls” bank lending rates.

The important question now is: why does the CB wish to control bank lending rates? The answer was touched upon above: the source of new money creation is new bank lending, and new bank lending is a function of the demand for new bank loans by the public (individuals, companies, etc), and the demand for bank loans is a function of the PLR. Thus, it will be clear that the CB has one principal job: to “set” the PLR (via the amount of BCR, the PIR levied on the BCR, and the “sticky” bank margin), in order to influence the demand for new bank loans, and thus the growth rate in the stock of money. This is monetary policy in a nutshell, and it will be understood that it is not an easy job deciding on the optimum PLR, in order to keep inflation at bay (too high a money stock growth rate = higher inflation, because the supply of goods and services cannot be adjusted rapidly to meet the increased demand).

Back to QE: at the time of QE (after the Great Recession), the international press correctly reported that QE amounted to the CB purchasing bonds (debt obligations of the issuers, principally government bonds in most countries). However, the reports included the incorrect outcome of this action being the creation of new money (a reminder: new bank deposits of the general public) in the economy. This is incorrect. When a CB purchases bonds in the value of R100bn in the open market (remember: “open market operations” – OMO) from the banks, it credits their cash reserve accounts in its own books (it is similar in the case where the bonds are purchased from, say, retirement funds, but we will not complicate the story here). The CB’s balance sheet: Assets: Bonds +R100bn; Liabilities (cash reserves of banks) +100 billion). The banks’ collective balance sheet: Assets: Bonds -R100 billion; Assets: Cash reserves with CB +R100bn. The balance sheets balance.

I am worried about the ANC NEC decisions on the SARB. This quantitative easing thing sounds like government printing money to pay its debts. Isn't that going to lead to hyperinflation?

In a QE scenario, the CB, through OMO, purchases bonds from the banks in order to (in the first instance) to wipe out bank indebtedness (BCR) to the CB, and (in the second) to create excess cash reserves (ECR), ie cash reserves over and above RCR. Given that the CB, in most countries, pays zero interest on ECR, the banks compete aggressively to make new loans. This drives interest rates down sharply to a situation where zero interest is paid on deposits and the PLR equates to the “sticky” bank margin of 3-3.5 percentage points. A significant element in this scenario is the fact that the banks cannot lend out their ECR held with the CB. The only way that the banks can decrease their ECR is to make new loans, and therefore create new deposits (money), which carries a RCR ratio. In our example above the RCR ratio was 2%. Thus, for very R100 of new deposits, only R2 of the ECR is absorbed into required cash reserves (RCR).

Thus, in the CB’s balance sheet, the dividing line between ECR and RCR shifts in favour of the latter by the RCR ratio times the amount of new bank loans which equals new bank deposits. This is how QE works: through forcing interest rates down to the lowest possible levels [0% on deposits and 3-3.5% (= the bank margin) on loans], designed ultimately to boost the demand for new bank loans, underlying which is demand for goods and services, i.e. GDP.

It worked, but took a long time, because the balance sheets of individuals and companies were not in good shape, negatively affecting demand. Balance sheets were slowly restored over the ensuing years, and new bank lending / new money creation increased slowly, reflecting increased demand.

The full story of money creation, quantitative easing, and related matters is available in 3 (for free – because they contain adverts) published ebooks at: