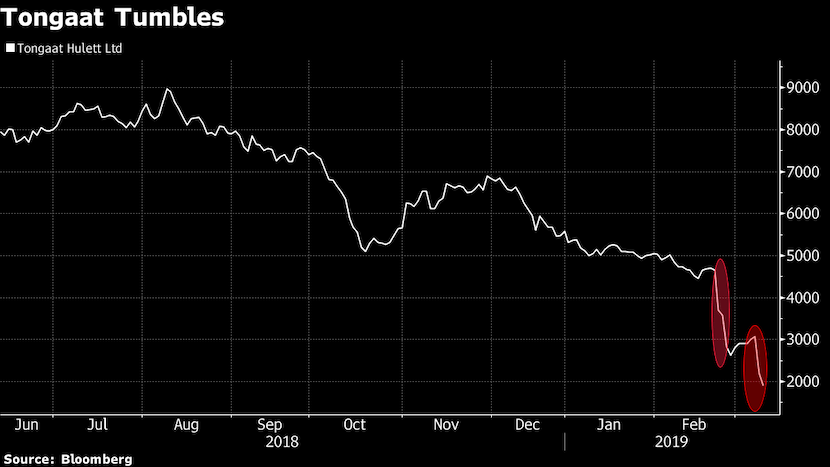 Where does the buck stop, it’s a question many investors must be asking themselves as the corporate scandals pile-up. First it was Steinhoff, then Choppies and now Tongaat Hulett has entered the fray. Clever accounting, or just the perfect storm, the Tongaat case has left commentators slightly divided. In the analysis below CA Sinesipho Maninjwa takes a walk down memory lane with the 127 year old sugar producer, finding 1 million reasons why the industry and Tongaat needs salvaging. – Stuart Lowman

On Monday 10th June 2019, Tongaat Hulett announced they had requested the Johannesburg Stock Exchange and London Stock Exchange to suspend the trading on their stock. This announcement came less than 10 days after the company announced the conclusion of a financial review by Price Waterhouse Coopers (PwC) stating their financial reports cannot be relied upon, and a restatement worth close to a 1/3 of equity is expected. The news led to a further decline in the share price and could be interpreted as the beginning of the end. If one takes a walk down memory lane, in late 2014, the share price was trading at historical highs of R168. Since August 2018 the price has gotten worse with a subsequent calendar year decline of 77.4% to current levels around R13.21.

The announcement caught many market observers off guard hence it would be important to discover how the 127-year-old sugar company got to where it was.

It is no secret that the local sugar industry has been under immense pressure over the last few years. Some of the challenges are as follows:

It should be noted the much talked about Health Promotion Levy (HPL), better known as the sugar tax, implemented in April 2018 hasn’t been the reason for the industry’s downfall as many of its players predicted.

Tongaat is an agriculture and agri-processing business focused on complementary feedstocks of sugarcane and maize with operations in South Africa, Mozambique and Zimbabwe.

In January of this year, Tongaat announced that Gavin Hudson will serve as the sugar producer’s new chief executive officer effective from February. The new CEO seemed to kick the ball rolling, by firstly commissioning a review of the financial and operations of the business. On a 5-year review of the previous audited financial statements (tabled above), one can see volatile operating profit and net profit earnings. The borrowings have significantly increased by 69% with short term working capital increasing by 35%. It could be said, the fluctuation in performance and its leaning to the downside warranted due concern from the new CEO.

In April, revelations from this review resulted in the company announcing the appointment of PwC to conduct a forensic review of some of their previous accounting statements.  Then, to stop some of the bleeding the share price incurred, another announcement came in May that Tongaat had signed a waiver and undertaking agreement with its lenders to waive certain breaches in covenants related to the company and its associated entities. The company’s net debt stood at R7.754bn ($539.54m) as of September 30, 2018.

One wonders if Gavin had any idea what he had signed up for.

Victims of the carnage

Like all corporate wreckages there have been a few victims in the carnage of misstated financials:

In what can only be a case of here we go again, there needs to be serious discussion over the roles and responsibilities of board members, senior executive and the auditing profession. Some key figures in the Tongaat story is former CEO Peter Staude and former financial head Murray Munro who resigned just before the release of the 2018 results. In March 2019, Tongaat’s lead non-executive director on corporate governance, Jenita John resigned citing extended work commitments. In retrospect, all these resignations now look very suspect.

Furthermore, it brings to into question Deloitte’s role as Tongaat’s auditor for more than 15 years; incidentally Deloitte also audited the infamous Steinhoff. The firm has launched an internal investigation and replaced all senior auditors on the Tongaat account. The Independent Regulatory Board for Auditors (IRBA) has also initiated an investigation into the Deloitte’s auditing work.

What this flurry of resignations and investigations show is that the current model of checks and balances is flawed. There needs to be serious reform because, as it stands, it’s not working.

In as much as Tongaat’s collapse has had to do with deliberate misstatement, it should be noted that the local sugar industry is in dire straits overall. At present it cannot compete with  international counterparts with R14bn of gross domestic product at stake. The industry employs 85,000 people directly and 350,000 indirectly through food processing and other sectors. Across the value chain about 1-million people depend on the industry, thus salvaging it is deemed crucial.