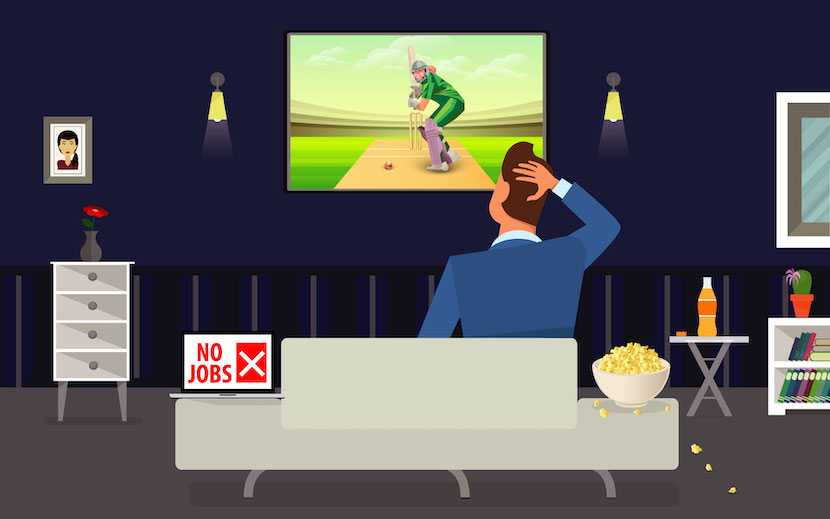 Hunting for a job in the current economic climate can make you feel like a Protea wilting at the World Cup, but you can still win if you’ve got the right attitude and the best possible pitch.

Howzat?! I recently had the misfortune of being left in professional limbo when a major client of mine suddenly went under.

I felt for all the world like the confident batsman turning around to find his middle stump uprooted. And like any fan of the Proteas during this World Cup, I soon became familiar with acute disappointment, plummeting testosterone levels, and lying awake at night, gazing at the ceiling and wondering what might have been.

If I’m honest with myself, the warning signs were there – downsizing, late payments, cheap chicory coffee – but having been ensconced in a comfortable cocoon for so long, they were all too easy to ignore.

And as such, entering the manic South African job market, with the pressures of financial commitments weighing heavily on me, was something for which I was completely unprepared.

It’s easy to become disheartened when you’re competing against hundreds of other candidates for a single position. Your confidence has already been shaken and you can’t quite wrap your head around whether you should include “doing nothing” as an interest on your CV.

With so much on the line, the mere prospect of an interview turns you into a blubbering idiot. It takes prodigious inner reserves not to let this negativity turn into a self-fulfilling prophecy and to allow adversity, and not rejection, to define you.

You’ve got to vasbyt and soldier on, much like us long-suffering Proteas fans. A champion team – or individual – isn’t defined by triumph alone, but also by its reaction to defeat and ability to reset.

But without a strategy, “keep moving forward” is just a platitude. Big match temperament can be developed – it takes constant adaptation and practice, along with a support network that includes both people who have been in your position and those who are where you want to be.

And so, I treated every interview I managed to land as a victory and an opportunity to refine my ability to retain my composure. The world’s number one batsman, Virat Kohli, says he deals with the immense pressure of captaining India by starting each game as if it was his first. It’s something the faltering Faf du Plessis and company would do well to learn and apply when competing at the global showpiece.

When I stopped treating professional setbacks as personal affronts and instead began using them as learning opportunities, it lightened my load significantly. It also meant I had more energy and the clarity of mind to work on my weak points and begin to up-skill where I was lacking. The space to reflect on feedback is as vital as the space between bat and pad.

When that new contract did eventually present itself, it was all the more sweeter for the strife I had to endure in getting there. I’m under no illusions that there really is such a thing as job safety, but I’ll be ready the next time the boot comes around.

For now, I’m celebrating a satisfying victory and cracking open a few cold ones – something I hope the Proteas will be doing shortly. Despite three consecutive losses, they are still in this. Maybe 2019 will finally be our year.