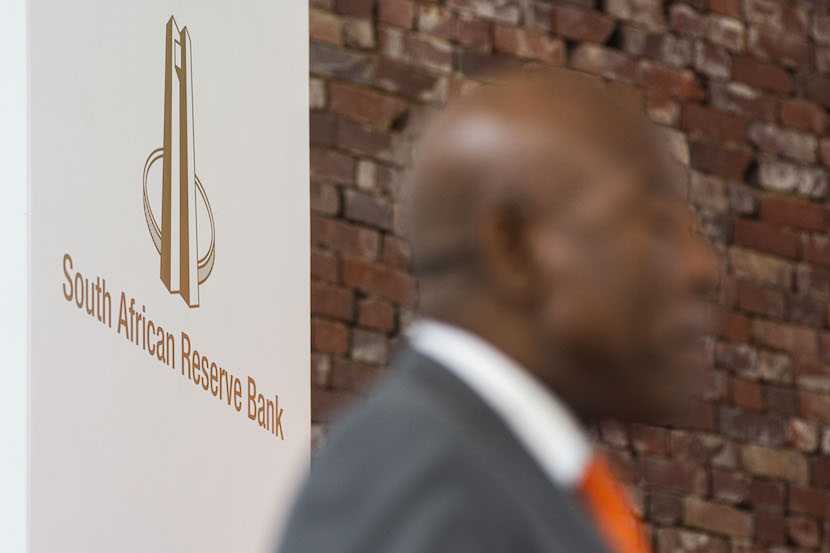 Instead of a serious, rational debate on the mandate of the Reserve Bank, the ANC has used the issue to fight its own internal battles and lacks a unified vision on the road forward. That’s the opinion of three top University of the Witwatersrand academics whose fields of expertise range from commerce and law to economics and public governance. They’ve put their heads together to pen this highly informative piece about how the ANC got to this point and how dispersed, woolly and impractical the party’s thinking is. Put more succinctly, the ANC hardly addressed the issue when negotiating the Constitution and has since “muddled from one crisis to the next,” with factions using this and issues such as land, to fight their battles. Here’s a fact-pearl; this trio can find no evidence of any official ANC policy stance on the reserve bank or monetary policy going into the negotiations that gave us the 1994 political settlement. Sections of the Constitution dealing with the central bank were hardly debated because the major parties were in agreement. They fear that that the faction within the ANC currently pushing for the bank’s nationalisation may have a far more insidious agenda. – Chris Bateman

The recent squabble over the mandate of the South African Reserve Bank has very little to do with real economic policies. It is rather emblematic of the intensely polarised levels of political distrust that currently exists within the African National Congress (ANC), the governing party. Compounding the problem is the lack of any coherent grand vision from the post-apartheid leadership of the ANC about the road they wish South Africa to embark on.

The ANC has been largely clear on values and principles (non-racial, democratic, state led, re-distributive) that inform economic policy but short on specific details of what strategies could achieve these. This may have served the ANC well during its years in exile. However, since the transition to democracy in 1994, the costs of its inability to deliberatively focus on important issues in the economic realm have come back to haunt the party.

Now, as it muddles from one crisis to the next, the various factions of the party will use particular issues on the economy, and everything else from the land issue to the role of the ANC Women’s League, to fight their battles. What should concern all South Africans is the enormous costs this lack of coherence has on the economy – from President Jacob Zuma’s firing of Finance Ministers Nhanhla Nene and Pravin Gordhan, to the recent squabble, and the Public Protector’s outrageous over-reach in her bizarre Absa “findings”.

We have found no evidence of the official ANC policy stance on the Reserve Bank and monetary policy going into the negotiations that delivered the 1994 political settlement. It is mentioned only once. And that is in a administrative sense in the Ready to Govern document the ANC published in 1992.

During the negotiations, the ANC’s stance on an independent central bank seems to have been informed by a visit, among others, to the German Bundesbank by some members of its Department of Economic Policy. This visit convinced the ANC that support for an independent central bank would buttress the credibility of its economic policy management. For the National Party, the objective was to keep what they perceived to be a populist and ‘socialist-inclined’ ANC away from the levers of monetary policy-making.

As it turned out, the sections of the constitution that dealt with the central bank were not debated much during the negotiations because the major parties were in agreement.

How SARB’s mandate came about

We do not yet have the official transcripts of what was discussed behind the closed doors of CODESA . Such transcripts should shed light on how the decision on the independence of the Reserve Bank was contoured around the economic policy positions of the major parties.

The Reserve Bank’s 1990 mission statement stated that the Bank’s “primary aim was the protection of the internal and external value of the rand”. These words are virtually the same as those which entered the final Constitution in 1996. We understand that the ANC added in words to the effect that the Bank had to carry out its mandate in the interests of “balanced and sustained growth…”.

Neither balanced nor sustainable

The notion of ‘balanced growth’ is a curious and largely meaningless turn of phrase that has little or no traction in monetary or economic theory. The only reference we are aware of relates to its use in the early 1950s. That was in the famous debate between economists Albert Hirschmann and Paul Rosenstein-Rodan about the best route to development for the newly independent countries of Africa and Asia.

To argue that this vague phrase means that the Reserve Bank also has growth mandate is disingenuous. The Reserve Bank has succeeded in its narrow (and narrowing) price stability mandate. But its policy stance has not helped to create sustainable or ‘balanced’ growth, however one interprets the latter. The growth of an economy with such high levels of income and wealth inequality, arguably the highest in the world, as well as unemployment of 40% (by the broader definition) is neither sustainable nor balanced.

We accept that economic reform is not a matter for monetary policy alone. But limiting the role of monetary policy to ensuring price and financial stability doesn’t help either. Added to this is the ruling out of activist fiscal policy because of the pre-occupation with budget deficits. This therefore means that the burden of economic policy reform will have to fall on microeconomic restructuring alone. If that is the position of government, perhaps President Cyril Ramaphosa should just say so.

The ‘ownership’ of the Reserve Bank is not a matter to get ourselves into knots about. That the SARB has private shareholders is an anomaly of history. While most central banks established in the early 20th century had private shareholders, most have since changed this to state ownership.

This really is a matter that the ANC should have sorted during the negotiations phase of the transition to democracy but, as we have argued above, there was neither an appetite in the top echelons of the ANC to address this anomaly or related policy matters nor did they apply their minds to that matter in the hurly burly of the CODESA negotiations.

There was an opportunity again to address this in the early 2000s when the Bank came under fire from a group of right wing shareholders hell bent on gate-crashing the Board and cashing in on the nationalisation of the bank they hoped would follow. It has now become a political football, symbolic of the political fractiousness we are now experiencing.

We would have no problem with, and in fact would strongly support, taking the central bank into state ownership while retaining its operational independence. This will bring it into line with the global norm. But this has to be done at the right time, under the right conditions.

Whatever the debate of the early 1990s may have been, the Reserve Bank was granted operational independence. Tampering with its independence now will be risky in the extreme, not least in terms of the country’s credit rating. One point worth emphasising is that most independent central banks are also state-owned. But we fear that those in a particular faction of the ANC pushing for the nationalisation of the central bank may have a far more insidious agenda.

A matter for informed debate

The issue of the mandate of the Reserve Bank is of course a matter that has been the subject of serious debate. Given the challenges of growth and employment in the economy, it is difficult to sustain the argument that these are entirely irrelevant to the Reserve Bank. On the contrary, any reasonable state would align its policy mechanisms and institutions to its overall economic agenda.

But the debate needs to be held in a more considered manner, informed by evidence. This should include inputs from specialists who understand how financial systems operate and how the economic growth process works.

We would argue that the debate about the mandate of the South African Reserve Bank needs to be located within a clearly articulated political vision and social compact on the transformative good society South Africans aspire to. Such a vision and a social compact have yet to emerge. When they do emerge, they must be accompanied by the mechansims of economic and social policy that will be required to give effect to such a vision.

Vishnu Padayachee and Robert van Niekerk are authors of “Shadow of Liberation: Contestation and Compromise in the Economic and Social Policy of the African National Congress, 1943–1996” (Wits University Press, October 2019)