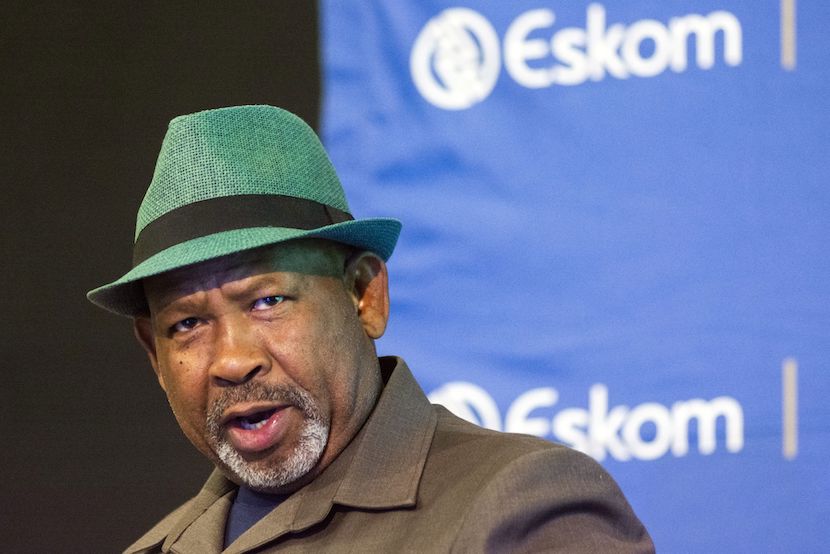 Eskom, South Africa’s electricity provider and the state enterprise that is arguably the biggest drag on the economy, is about to undergo a radical overhaul. This is a critically important development, with international investors and ratings agencies watching closely what the government is going to do to fix the entity that has been described as being in a death spiral. If the right moves are made, these turn-around plans will play into boosting economic growth and business confidence. Energy analyst Chris Yelland has analysed early details and has some ideas of his own for how Eskom’s various divisions can be restructured for maximum efficiency. It’s clear there’s still a lot of thinking to be done to pull South Africa’s power generation system out of the mess into which it slowly sunk under President Jacob Zuma and his corrupt and captured friends. – Jackie Cameron

Eskom unveils next stage of restructuring and turnaround plan

A leaked Eskom vision and strategy document, apparently prepared by the Boston Consulting Group for Eskom, has revealed the next steps of a long-awaited restructuring and turnaround plan for the embattled utility.

The document was presented on 22 August 2019 to the Eskom Executive Forum, a group of about 600 senior Eskom managers and executives, by acting Eskom CEO Jabu Mabuza.

In the presentation, Mabuza admits that Eskom is in a utility death spiral with an outdated and unsustainable business model, operational and structural inefficiencies, and a lack of transparency, in a rapidly changing energy landscape.

The presentation further states that “Eskom ran out of cash and came close to complete collapse on multiple occasions in 2019”, and warns that if nothing is done “Eskom will collapse and bring down South Africa”.

The restructuring process revealed so far

The first step of the restructuring of Eskom was announced by the President of South Africa, Cyril Ramaphosa, in his state-of-the-nation address on 7 February 2019. He indicated that the generation, transmission and distribution activities of Eskom will be split into three separate subsidiary companies owned by Eskom Holdings SOC Ltd.

The next step revealed by Mabuza in the presentation of 22 August will be to carve the transmission company out of Eskom Holdings into a separate, independent, state-owned company under the Department of Public Enterprises (DPE), to form an independent transmission system and market operator, or ITSMO.

After these first two steps, which the document indicates would have a timeframe of five years, Eskom would retain two of its major activities, namely generation and distribution, with each activity housed in a separate subsidiary company.

Thus, from the vision and strategy outlined in the document, it would appear that Eskom sees itself in the future as an electricity generation and distribution company, and not a transmission company.

However, this would surely not be the end of the restructuring process, as the electricity generation and distribution activities of Eskom and municipalities are the two most troublesome and toxic hotspots that are in most need of restructuring.

In contrast, the current Eskom transmission group does not carry a lot of debt, arrear payments receivable, or people. Eskom’s transmission activities and assets are generally considered to be relatively well-managed, well-maintained and reliable, and this is the only part of Eskom that is seen to be functioning reasonably well.

Read also: An open letter to Pravin: A six-pronged approach to fixing Eskom

So, to leave Eskom with the troublesome activities, toxic debt and municipal arrear payments of its un-restructured generation and distribution activities, with the crown jewels of transmission carved out and no longer forming part of its business, would be a fundamentally flawed and misguided vision and strategy.

It would perhaps be more rational and preferable for Eskom to morph from being primarily a generation company (as it is now), to becoming the state-owned ITSMO itself, and divesting from its problematic generation and distribution activities.

Thus, the as-yet unannounced end-state for the power generation and electricity distribution industries could perhaps comprise Steps 1 and 2 as already announced, but with Steps 3 and 4 still to follow, as detailed below.

Step 3 would be the creation of a competitive generation sector. This could be in the form of a handful of unbundled former Eskom generators, a limited number of public-private partnership (PPP) generators, a few hundred renewable energy and other independent power producers (IPPs), and several thousand distributed, small-scale, embedded generators.

Read also: “We cannot go on like this” – Tito commits funds to SAA, Eskom, SABC and Denel

This diverse group of generators would deliver generation capacity and energy to the ITSMO (in the form of a “new” rejuvenated Eskom), with the generators competing for access to the grid on level playing fields and on economic grounds via an electricity market managed by the ITSMO.

There could also be bilateral contracts between generators and customers, wheeling power through the grid, and paying wheeling fees to the ITSMO.

A competitive retail electricity sector selling electricity to consumers should also form part of the restructured electricity distribution industry, offering all manner of bundled retail pricing packages, as we see in other jurisdictions and sectors, such as for smartphone voice and data airtime.

Getting stakeholders on board

Following Mabuza’s presentation to the Eskom Executive Forum on 22 August 2019, Eskom has met with organised labour unions, NUM, NUMSA and Solidarity to “strengthen relations” and share its vision and turnaround strategy.

It has further been established that a joint task team on Eskom restructuring is being set up by government and organised business to develop an action plan for the process.

Such engagements are seen as kick-starting the discussions on Eskom’s vision and turnaround strategy for the future, and it is expected that these will be followed by further discussions with other stakeholders.

A call to action

The turnaround plan presented by Jabu Mabuza on 22 August is based on a combination of debt relief and debt restructuring, electricity price increases, better collection of arrear debt, cost cutting initiatives, restructuring the business, and improved plant performance and security of supply.

Mabuza called on the Executive Forum to provide and show buy-in, input, commitment and leadership, rigorous and disciplined execution, tangible results, and clear and consistent messaging.