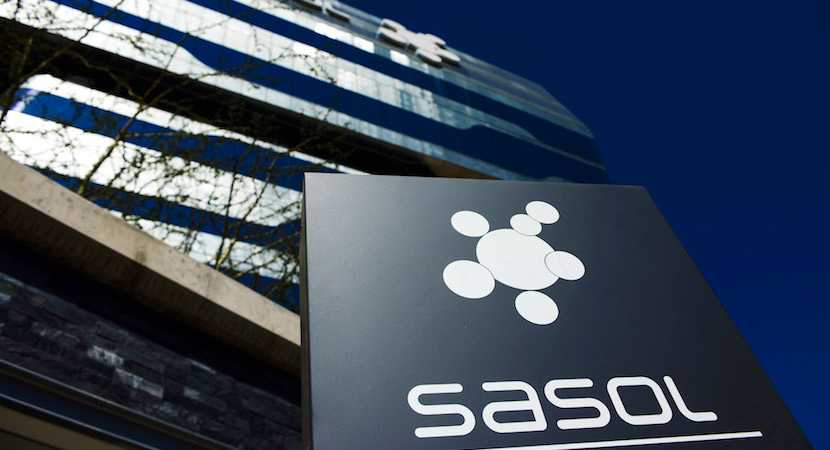 The story of how Sasol defied expert opinion and developed an industry at the southern tip of Africa to produce fuel from coal is one of courage and determination. Against the odds of having few scientific skills and a low level of industrialisation at the time; it managed to develop and scale up Fischer-Tropsch technology from the Germans. Sasol became the global leader in this technology and now “has more experience than any other company in the conversion of hydrocarbon gas to liquid fuels.” The development of the Sasol process was due to the international pressure on the apartheid regime and a resolve to make it less reliant on oil imports. Edwin Starr famously sang, “War, huh, What is it good for, Absolutely nothing”, but one of the few benefits of countries that are fighting wars or are under pressure, is that they are forced to come up with innovative technological developments that are particularly useful when wars end and in the case of Sasol; it was left with a world-leading industry after the end of apartheid. Two Gauteng professors, David Richard Walwyn and Rod Crompton write in The Conversation that South Africa should seize the current energy crisis in the country and use its experience with Sasol technology to become a first-mover in the production of ‘green fuels’ which would help to reduce carbon emissions at the same time. – Linda van  Tilburg

South Africa has huge ‘green fuels’ potential. But it needs to act now

South Africa needs to seriously start thinking about shifting its energy focus. This is for two reasons.

The first is that the country’s important exports – coal and platinum – face potential collapse with the imminent shift of global energy markets. A number of factors are driving this.

The move away from vehicles powered by petrol and diesel to ones powered by electric batteries is gathering pace. Two thirds of the demand for platinum depends on combustion engines where it is used for the hardening of spark plug tips and in vehicle exhaust auto-catalysts.

The second major reason that the country needs to refocus its energy situation is there’s a major switch from coal to renewables underway in the world. And South Africa itself can’t continue its current levels of dependency on coal. South Africa is the 14th largest emitter of carbon dioxide, and on a per capita basis, the 10th largest emitter. It leads the pack in Africa, and already faces considerable environmental issues in Mpumalanga, where state energy provider Eskom’s coal fired power stations and Sasol’s coal-to-liquid plant are located.

Sasol and Eskom account for more than 50% of the country’s carbon emissions.

It can address both these challenges by pursuing a feasible solution waiting to be exploited. The country could make use of its natural comparative advantages in wind and solar power to generate electricity. By linking these accessible resources to technologies such as Fischer-Tropsch, it’s in an ideal position to open another chapter in export-led economic development.

The Fischer-Tropsch technology was developed to exploit coal by converting the mixture of carbon monoxide and hydrogen – produced by heating coal at high temperature in a process known as gasification – to liquid fuels. The process was introduced into South Africa in the 1950s to reduce the country’s reliance on imported oil. Sasol is now a global leader in the technology and has more experience than any other company in the conversion of hydrocarbon gas to liquid fuels.

South Africa can use its supply of solar and wind to produce hydrogen from water in a process known as hydrolysis. A cheap and reliable source of hydrogen is essential for the production of green fuels. To date, this technology has been too expensive. But advances in fuel cells have made large-scale hydrogen production cheaper and more accessible. More importantly, if the hydrogen is made with renewable energy, it is a “green” feedstock.

The green hydrogen can then be combined with carbon, captured from existing flue gas or from the air, to make liquid fuels and petrochemicals using Fischer-Tropsch technology. The present Sasol technology relies on coal as the source of carbon and is unsustainable. The possible innovation – which South Africa is in a prime position to exploit – will be to combine green carbon with green hydrogen to make liquid fuel.

There are substantial export opportunities for such “green” fuels and petrochemicals. This market could generate export revenue to replace lost revenues from declining coal and platinum exports.

The hydrogen step undertaken with fuel cells would create local demand for platinum because the metal is used as the catalyst in hydrogen fuel cells. In addition, the renewable power stations could provide cheap power to supplement Eskom’s constrained supply.

These new industries would have two knock-on effects: they would create jobs and the would move the country towards zero carbon emissions.

One of the “green fuels” that has huge potential is jet fuel.

The aviation industry is under intense pressure to find alternatives to fossil fuels and reduce its emissions. This isn’t surprising. The total global market for aviation fuel is about $300bn and air travel accounts for 2.5% of the global carbon emissions. This is equivalent to 900 million tonnes of carbon dioxide. This value could triple by 2050 and consume 25% of the global carbon budget.

This demand could be replaced entirely by the advent of green liquid fuels, produced from green hydrogen and carbon captured from the atmosphere.

The market for green aviation fuel is an attractive possibility for South Africa. To date, a viable solution has not been possible. Now, this outlook has changed with the possibility of fuel-cell hydrogen and technologies for carbon capture.

Unfortunately, South Africa’s public-funded research and development efforts have been directed mainly into how to use hydrogen, instead of how to make hydrogen. It has been focused on using hydrogen to beneficiate platinum (processing it to enhance its properties) for vehicle fuel cells instead of concentrating on finding a commercial source of hydrogen which could be used in multiple applications. For its part, Sasol has made a substantial research and development effort, but it is not looking at lowering the costs of hydrolysis.

Government should shift the focus of research and development spending in partnership with Sasol to tackle this challenge and open a new cleaner, greener chapter in South Africa’s history.

South Africa has key ingredients it should be exploiting to fill an export gap, and to reduce emissions. It should seize a first-mover advantage.

But will the South African government and Sasol make the necessary moves? Given the potential for local employment, rescuing the platinum industry, reducing the country’s carbon emissions and earning much needed foreign exchange, it seems a logical decision.