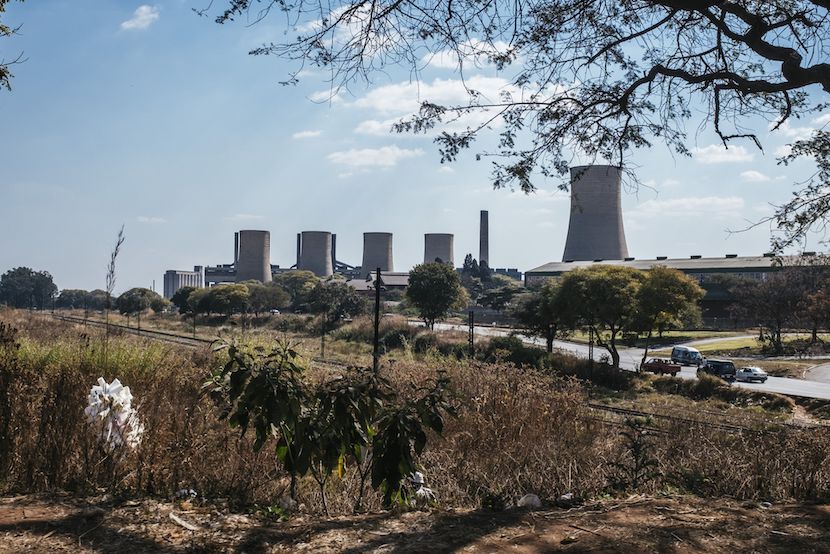 Too many analyses of electricity provision in Africa fail us by concentrating on the technological and supply solutions, without looking at the overall socio and politico-economic context. Not this one. Focussing on Zimbabwe, it has lessons for many countries to the north. Fascinatingly, it reveals South Africa to be doing relatively well when it comes to more equal access to electricity – and to other more basic affordable sources of power where-ever alarming Gini-coefficients exist. According to this research, there’s no panacea for electricity scarcity in Zimbabwe – structural (driven by economic and policy) factors are responsible. Yes, build new power sources (no shortage of hydro and solar potential), but tech doesn’t address distribution concerns. The rural Zimbabwean poor take the brunt – their electrification rate is approximately 10%. Most burn wood. Coal, charcoal and liquefied petroleum gas are so expensive (unlike SA, where subsidies exist, including for electricity), and are used by less than 1% of urban households (out of reach of rural folk). Electricity provision is skewed towards high income groups, its price having risen 320% last year. While South Africa has alarming electricity shortages, it cushions the poor against high energy costs. We did something right. – Chris Bateman

How politics and poverty affect electricity provision in Zimbabwe

Zimbabwe’s economic challenges are numerous, but one of the most pressing is electricity scarcity. Around 40% of the country’s population has access to electricity.

The country has access to vast and diverse possible energy resources. These include about 12 billion metric tonnes of coal, hydro power potential concentrated along the Zambezi River and untapped solar power potential.

This is not peculiar to Zimbabwe. In the Democratic Republic of Congo, for example, only 16% of the population has access to electricity. Yet the country could meet much of the entire region’s demand for electricity through the hydro power generation and diversification of renewable energy sources in the country.

I conducted research to establish what the panacea could be for electricity scarcity in Zimbabwe. My conclusion was that the vaunted argument of increasing generation capacity is inadequate. This is because the technological interventions don’t address the distribution concerns.

These structural factors reproduce electricity social scarcity, which in turn perpetuates social injustice. This is because electricity is essential for development.

What this shows is that policy choices and affordability need to be addressed if the electricity shortage is to be resolved.

Currently, Zimbabwe produces 1,100 megawatts of electricity against a national demand of 1,500 megawatts. It generates power from water and coal, and also imports electricity.

The major source of hydro power for Zimbabwe is the Kariba Dam, which has an estimated capacity of 1,050 megawatts.

Coal-fired power stations produce about 70% of the country’s energy. But the Hwange Coal Power Station is affected by inadequate financial resources for infrastructure and equipment maintenance, leading to supply disruptions.

To make up for the shortfall, Zimbabwe relies on imports from South Africa’s electricity public utility, Eskom, and from Mozambique.

Even if renewable energy were to be added into the energy mix, the supply mix could increase the cost of production, which would then be passed on to the end users.

There is an urban advantage in Zimbabwe’s energy profile, as is the case across much of Africa. The overwhelming bulk of the region’s electricity grid is concentrated in urban areas, while the vast majority of the population living without electricity is in the rural and peri-urban areas.

According to the Zimbabwe national energy policy report of 2012, 83% of urban households have access to electricity compared with 13% in rural areas. Rural communities meet 94% of their cooking energy requirements from traditional fuels, mainly fuelwood. Wood is the main cooking fuel for 20% of urban households.

No newer reliable data are available, but these trends are likely to have got worse rather than better in the past seven years.

Coal, charcoal and liquefied petroleum gas are used by less than 1% of urban households. The electrification rate in the rural areas is approximately 10%. Connection to the electricity grid is highly unequal.

Households’ poverty status adds to the disparity in access. A 2017 Poverty, Income, Consumption and Expenditure Survey found that extreme poverty was much higher in rural areas. Over 40% of the rural population was extremely poor compared to 4.4% in urban areas.

Poor people have borne the brunt of hyperinflation, which has affected the price of fuel. For example, the price of cooking gas has increased more than six-fold since the start of 2019.

At the same time the electricity tariff has soared by 320%, placing it beyond the reach of many, particularly the poor.

Most analyses consider increased availability of electricity to be linked to technological development. But this school of thought doesn’t acknowledge the structural nature of electricity scarcity.

As my research shows, failure to address this will simply lead to energy poverty being perpetuated.

My study reveals that affordability is a major barrier to electricity access. The affordability factor needs to be considered in its entirety because it is made up of a number of factors. These include electricity rates, income levels, the cost of living and various socio-economic indicators.

Availability doesn’t mean accessibility. Due to the market trends, electricity provision is skewed towards high income groups while the poor use cheaper, inefficient and unclean alternatives such as charcoal and fuelwood.

What needs to be done?

It is imperative to take poor communities into consideration when trying to address Zimbabwe’s power shortages. If this doesn’t happen, the country risks doubling its efforts to increase generation capacity, but leaving behind vulnerable groups.

Zimbabwe can look to South Africa for guidance. Though South Africa has electricity shortages, it cushions the poor against high energy costs. Indigent households get 50kWh of free electricity per month. Where electricity is not available, the country’s Free Basic Alternative Energy policy provides alternative energy such as subsidised paraffin, liquefied petroleum gas, coal and bio-ethanol gel. Customers who use less energy also benefit from a lower tariff.

Zimbabwe’s poor cannot survive the vagaries of the market on their own. The country needs to reduce inequality through an integrated electrification agenda that leaves no one behind.