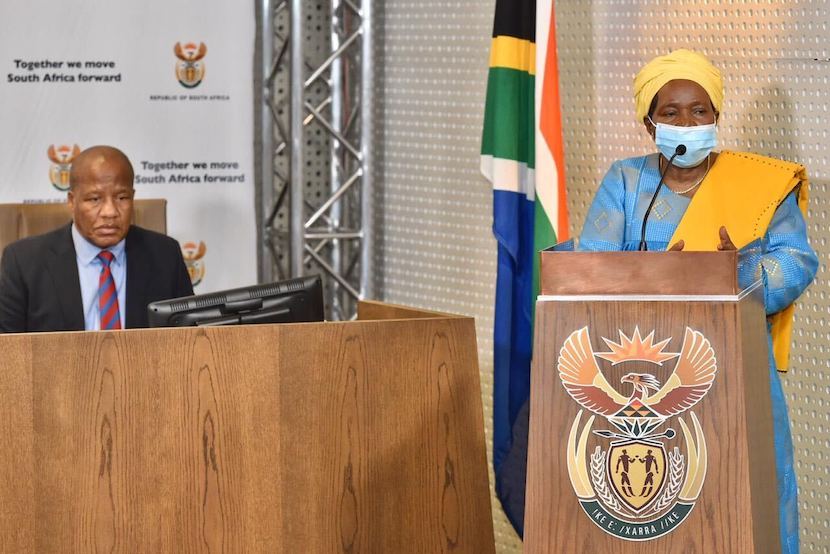 It’s amazing how we jump to conclusions that suit our outlooks, and the government over-reach on Covid-19 regulations is no exception. That they’ve overstepped some provisions of the Constitution is obvious from this expert analysis, but the High Court judge made some ‘fundamental errors’ which mean that a State appeal will probably succeed, says Pierre de Vos. And here I was cynically imagining some eager government lawyer rubbing his or her hands together at the prospect of a juicy brief, with absolutely no prospect of victory. Upon reading this cogent, rational argument, I realise, shamefacedly, just how wrong I was. Like politicians nearly everywhere, our lot seem to believe that the means justify the end, without any rational link to the purpose of the regulations, and its here that de Vos raises a red flag for the State in other pending Covid-19 legal challenges. However, this judge stumbled, and stumbled hard in ruling on regulations that counsel failed to put in front of him, and sweeping the entire Covid-19 regulatory stoep clean with what seems an over-eager brush, argue de Vos. If like me, you were over-hasty upon hearing about the successful court challenge, read this, and think again… – Chris Bateman

Judgment invalidating lockdown regulations is flawed, but so is the government’s “means justifies the end” defence

The High Court judgment declaring invalid almost all the lockdown regulations issued by Minister Nkosazana Dlamini-Zuma in terms of the Disaster Management Act, raises important questions about the duty of the government to act rationally and in a transparent manner, and to limit rights as little as possible. However, the court’s superficial analysis of the specific regulations and the sweeping nature of the order made by the court, will probably lead to the judgment being overturned on appeal.

The constitutionality of the various lockdown regulations aimed at slowing down and ultimately reducing the spread of Covid-19 and saving lives, is probably not the most pressing issue facing South Africa in the current phase of the coronavirus crisis. More pressing issues include the testing backlog of almost 100 000 which robs the government of one of the important tools to fight the spread of the virus, the lack of adequate protective gear for medical personnel, the abuse of power by police officers and soldiers, and the complete failure of the government programme to feed the poor.

Despite its many flaws, the High Court judgment in De Beer and Others v Minister of Cooperative Governance and Traditional Affairs raises important questions of constitutional principle regarding the government’s management of the lockdown and its belief that as long as it pursues the laudable goals of saving lives for the public good, the regulations will be constitutionally compliant. The Director General explains this approach as follows in his replying affidavit in this case:

Apart from the fact that the formulation here must be wrong as the saying is that the “end justifies the means” (otherwise the statement would make no sense), it is not an accurate description of the law. The phrase is usually used to indicate that a good outcome excuses any wrongs committed to attain it, that the desired result is so good or important that any method, even a morally bad one, may be used to achieve it. Read thus, the claim reflects a worrying belief that the state is permitted to do almost anything as long as the end goal is to protect the public or for the public good.

This general approach of the Minister and her Director General cannot be squared with what is required from anyone exercising public power in a constitutional democracy. Instead, the Constitution permits the promulgation of regulations only when such regulations are rational or when they justifiably limit any of the rights protected in the Bill of Rights.

The High Court – correctly – explained the test for rationality as follows:

An absurd example: if the Minister promulgated a regulation prohibiting individuals from dancing or playing loud music in their homes to reduce the spread of coronavirus, the regulation would be irrational and invalid because there would be no rational link between the prohibition and the end sought to be achieved. The minister would not be able to argue that the regulation is rational because the aim of the regulation is to save lives and the end justifies the means. In the example, there would be no rational relationship between means and ends as dancing or listening to loud music in your own house does not spread the coronavirus.

once the Minister had declared a national state of disaster and once the goal was to ‘flatten the curve’ by way of retarding or limiting the spread of the virus (all very commendable and necessary objectives), little or in fact no regard was given to the extent of the impact of individual regulations on the constitutional rights of people and whether the extent of the limitation of the rights was justifiable or not. The starting point was not ‘how can we as government limit Constitutional rights in the least possible fashion whilst still protecting the inhabitants of South Africa?’ but rather ‘we will seek to achieve our goal by whatever means, irrespective of the cost and we will determine, albeit incrementally, which Constitutional rights you as the people of South Africa, may exercise’.

These general principles set out by the court are sound and one hopes that members of our government and the lawyers who advise them, will take heed of these principles as health and economic crisis deepens.

Having set out these general principles, the court purported to apply the principles to the lockdown regulations. It is at this point that the judgment completely falls apart.

First, the court declared invalid the “regulations promulgated by the Minister of Cooperation and Traditional Affairs in terms of section 27(2) of the Disaster Management Act 57 of 2002”, which suggests all regulations promulgated since the declaration of the national disaster were declared invalid. But this the court could not do as neither level 5 regulations nor level 3 regulations were properly placed before the court to consider. At the time of the hearing draft regulations for level 3 had just been published but, according to the court “these have neither been placed before me nor have the parties addressed me on them”.

Third, when considering the rationality of some of the regulations the court failed to apply the rationality test correctly. For example, it held that the prohibition on the operation of hairdressers was irrational because a hairdresser who is “a single mother and sole provider for her family” would go hungry because of the prohibition”. Instead of asking whether there is a rational link between this prohibition and the aim of preventing the spread of Covid-19 (in other words, whether hairdressers may pose a specific danger for the spread of Covid-19) the court jumped into the merits of the policy decision to ban hairdressing.

Lastly, in considering whether any of the regulations unjustifiably limits one or more of the rights protected in the Bill of Rights, the court failed to provide any argument on which regulations might limit which rights. It just assumed that the regulations limited rights and then declared that these limitations were not justifiable because they were irrational.

Given these major shortcomings, the government is likely to appeal the judgment. Such an appeal would in all likelihood succeed, amongst others, for the reasons provided above.

However, several other challenges to the constitutionality of sections of the Disaster Management Act, the delegation of vast powers to the relevant minister in terms of the Act, and the murky role of the National Command Council are in the pipeline. In defending these cases, the government and its lawyers will hopefully take note that it would not be sufficient for them to argue that the end justifies the means (or, indeed, that the means justifies the end).