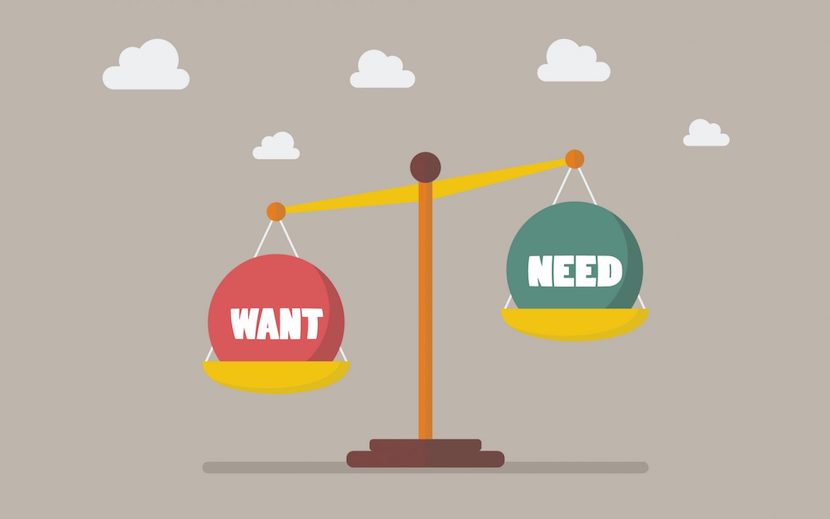 I guess I’ve become quite good at giving things up. Not that I’m a martyr, but doing without has always opened up a range of opportunities for me.

My first experiment in stopping a habit was to declare that for a year, I’d be buying no new clothes. I had enough of what I needed, I felt, but wanted to put this to the test.

It’s not like I was a problem shopper with a slippery credit card. Perhaps I just needed to find a way of putting some order into a life that I thought was a little messy.

I could remind myself at any time that new clothes were not on my radar. I rekindled relationships with forgotten T-shirts. We mended our differences. A year later, I treated myself to a new pair of undies and there was a party in my cupboard.

A similar thing happened to sport on TV. There was a glut of rugby, cricket and football on the box at one stage in my life.

It was the pretext for friends to gather on the weekend, with expert opinion and shouted outrage from the couch and an accretion of empty bottles. The women seemed to be having a far better time outside.

I wondered whether I would continue being a slave to the Arsenal fixtures for the next 20 years, or did I want a life on the weekends?

I chose the latter, going cold turkey. I’ve never looked back, save for the odd highlight when Italy might play football at a World Cup. I’ve gained, by my estimation, at least 400 days of outdoor activity, leisure and family time.

Smoking was harder to quit, involving many false starts. I smoked for so many reasons, I discovered, whenever I tried to stop.

Smoking was a companion, a crutch for social occasions. It connected me to a community of smokers, usually outsiders, people on the margins, which is where I felt at home. Smoking was a reward in my solitude too, a soothing activity I could use to be with myself.

I imagined a life without eddies of ash swirling around the edges, of cigarette butts rolling across the floor. Cigarettes were my friend, but they were killing me.

Mostly, I imagined a life where I didn’t wheeze after exercise, where my chest didn’t feel constricted, where I felt I might not land up in hospital.

On the night before I turned 50, I got rid of my smokes for the umpteenth and last time, knowing I would not smoke in my 50s, period.

Ten months later, the stirrings remain, but the health I now enjoy has been worth it. Now alcohol…that was the real biggie for me. I knew that booze was having its way with me, but felt powerless to do anything about it.

Coming from a family of semi-professional drinkers, I had always extolled the virtues of liquor, especially the hard variety.

Although I had tried to reduce my intake, nothing seemed to be working. I knew that giving up alcohol would be good for me, but I was too scared to do it.

Giving up would exclude and deprive me, I thought. But if I look at what life has gifted me by giving up other things, there is enough evidence to see that I would probably be okay.

And I have been – more than okay. Giving up alcohol has been the best thing I’ve ever done. I could not have done it without a lot of support though, and find myself included in other new and much healthier communities I never knew existed.

I have no idea what’s next. Perhaps meat? Whatever it is, I feel I have the tools to deal with it, and will flourish once again, by going without.