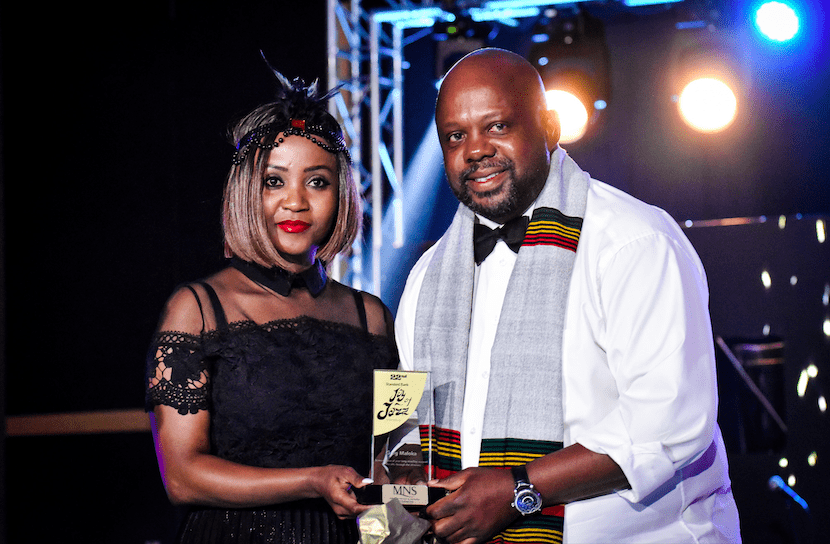 Go back a few months, to a time when restaurants were packed, the nights were alive, and quarantine was where you sent your pets when fleeing to Perth. If you were looking for Greg Maloka, radio svengali and the cheerful maverick who’s overseen the rise and rise of Kaya FM, you’d have wandered across the road from the station, and into Marble, David Higgs’s signature restaurant, and the unofficial Kaya Social Club. But those are distant days, and so instead of lunch at Marble, Maloka is sitting at home, trademark smile in place, reminiscing about the early days – such as the time he decided to become a priest.

“The thing is, I didn’t really like church,” Maloka confesses, still smiling. “But one day when I was 14, I told my mum I was going to become a priest. I loved the song we sang at the end of the service, but I also loved the respect people had for the priest, and the way he could hold their attention. And I loved the way people respected the priest’s mother. I wanted my mum to have that too.”

The church lost out in the end to the airwaves, but there’s a religious fervour to Maloka’s love of radio, the space that he’s helped to shape in South Africa for nearly three decades. He talks about his journey in broadcast management with genuine fondness, the nostalgia of the memories matched by a quiet pride in his achievements. And rightly so, for the Maloka story shaped an important part of the post-apartheid radio landscape in South Africa.

“Radio stations had been set up with the thinking that all black people were the same,” he explains. “Metro was an important step in changing that, but there was still the idea of a homogenous target audience. With YFM, we were a revolution, not a radio station.”

Maloka’s YFM story is now radio folklore: the 22-year-old who stood in a queue with 600 people for 15 positions at the station, and so wrote a radio strategy that got him in the door, onto the team, and eventually into the role as station manager. Confronting myriad challenges, such as advertising agencies for whom the new station just didn’t strike a chord, made for a swift, unrelenting education, and one that prepared him for the move to Kaya FM.

“I wanted to introduce the thinking that we are not a radio station, we’re a content business,” recalls Moloka of his early engagement with his new colleagues. “We have to be a brand that can engage across all manner of platforms.” That may seem standard practice in the media world now, but it wasn’t when the new man arrived at Kaya in 2007. And so began a pattern of change, which frequently raised eyebrows – most famously, when the breakfast show was handed over to a very unlikely host.

“I admit there were a few drinks involved, but those were to calm him down,” Maloka laughs of the decision to recruit award-winning presenter David O’Sullivan. “He said to me, ‘I’m a middle-aged white guy. Your audience won’t accept me.’ And I asked him, ‘but how do you know this?’” Like so many of Maloka’s calls, it proved inspired, with O’Sullivan now helming one of Johannesburg’s most popular breakfast shows – and one that speaks directly to Maloka’s views on race in South Africa.

“We still have a big race challenge. But if I’m sitting with five black people and we’re talking about race, we’ll have agreement in three minutes and the conversation will be over. But if you have the conversation with different people, and the conversation turns to culture and not race, you start to see a shift. And you can’t do that by being single-minded about engaging only with your race or your type.”

It’s that kind of thinking that inspires decisions like hiring O’Sullivan – decisions designed to nudge listeners out of their comfort zones, and to engage in South Africa’s diversity in a positive, constructive manner. A couple of minutes on social media will confirm that this sort of engagement certainly isn’t a South African strength, but that doesn’t detract from Maloka’s vision of where we need to go – and where he believes we will.

“We need to be jealous about this diversity we have, but we need to live it, not just talk about it,” is the emphatic response, after a long discussion about the importance he places on respect, and its vital role in any society. “And we need to build trust, because we have a huge trust deficit in this country. When we build confidence in people, we will have a totally different society.”

Don’t mistake Maloka for a dreamer – he’s a pragmatic sort, and the success he’s had in running large radio stations speaks to a business acumen that’s grounded in the realities of both the broadcasting business, and the society that radio speaks to. And he’s also well versed in the challenges of the day: Kaya FM has been closed down not once, but twice, after Covid scares, and managing the station has meant juggling the needs of staff and their families, the financial impact on a business that’s largely dependent on the health of other businesses for advertising revenue, and the uncertain future and shifting horizons that 2020’s netherworld has presented.

“There are so many challenges, and so much noise around those challenges,” Maloka agrees. “So where do we start in response? We start with creating a nation where people respect each other. Where as a business owner, I respect my customers. Where we collectively try to improve our society, our environment, and support each other.” On paper, those might seem the vacant words of a self-help guru trying to flog another book; in person, Maloka is a sincere advocate for the power of doing the right thing, of becoming better people for a greater good. Which in turn fuels his view of where the rest of his journey will take him.

“I’ve always confronted life as it presents itself,” Maloka muses. “I’m shaped by how society shifts, and by the energy of young people, and I have a huge interest in what young people think, what they say. Being able to look back and say that I touched all of these people’s lives, gave them a voice and a space, is the greatest feeling ever. And maybe they’ll keep me young!”

It’s hard to imagine Greg Maloka as anything but young: the sparkle in the eye will never fade, the appetite for life will never wane, and the desire to embrace change, make bold decisions, and never opt for the easy way out, is written in the DNA of the kid from Diepkloof who saw the worst of South Africa, but now wants to be part of its best. There’s a feel of a sermon to the conversation, but in the very best way: the one that has you leaving the church with a skip in your step. In dark times, Maloka shines a little light, and offers a little hope. Radio is lucky to have him, but perhaps becoming Father Greg wouldn’t have been such a bad call after all.