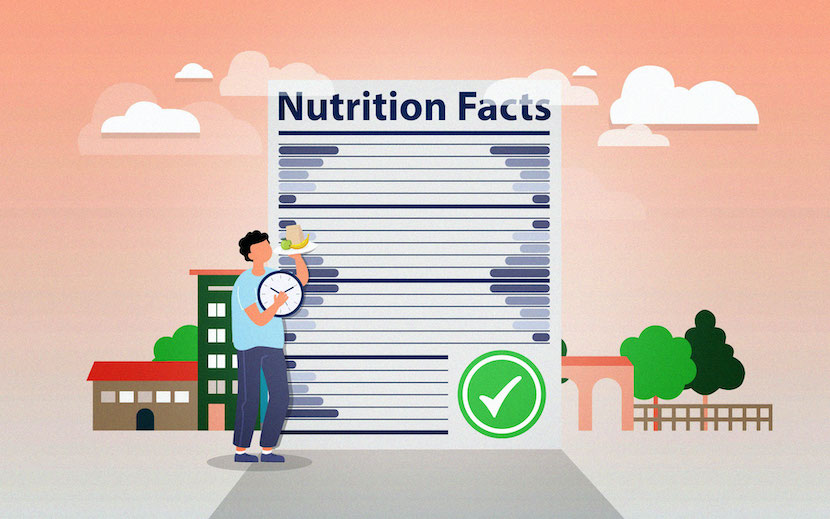 It’s the new diet lifestyle everyone’s talking about, but what does it mean for your health?

Intermittent fasting, where you cycle between periods of fasting and eating, is growing in popularity as a weight-loss tool. But does it really work, or is it another potentially unhealthy fad diet?

The answer is complicated. Having studied and practiced intermittent fasting for the past two decades, Professor Mark Mattson, a neuroscientist at Baltimore’s Johns Hopkins Medicine, is the first to acknowledge its benefits.

“Intermittent fasting could be part of a healthy lifestyle,” he wrote in the New England Journal of Medicine in 2019. “We’re at a transition point where we could soon consider adding information about intermittent fasting to medical school curricula alongside standard advice about healthy diets and exercise.”

But the research is lean on long-term studies, and it’s up to every individual to assess their own needs and circumstances. “You would have to be careful about the duration of your fast, based on what you’re eating,” says registered dietitian, Megan Pentz-Kluyts. “I would definitely not recommend it without prior consultation with a doctor or nutritionist.”

How does intermittent fasting work?

While there are various meal-timing schedule options, from fasting every alternate day to skipping breakfast each morning, Mattson writes that intermittent fasting diets generally fall into two categories. Daily time-restricted feeding, where your eating times are limited to six to eight hours per day, and the 5:2 approach, where you eat normally for five days of the week and then eat only one moderate-sized meal per day on the other two days.

Alternating between times of fasting and eating can support cellular health, adds Mattson. This works by triggering an age-old biological mechanism known as metabolic switching, which helped our ancient ancestors adapt during periods of food scarcity.

“Such a switch occurs when cells use up their stores of rapidly accessible, sugar-based fuel, and begin converting fat into energy in a slower metabolic process,” Mattson explains. Researchers still don’t fully understand the specific mechanisms of metabolic switching, but what we know so far suggests that it improves blood-sugar regulation, increases resistance to stress, and suppresses inflammation.

The way Mattson sees it, the biggest problem with intermittent fasting is that some people are unable or unwilling to adhere to the fasting regimens, probably because it takes time for the body to adjust. While that’s happening, you’re likely to get, to use another trendy term, ‘hangry’.

“Patients should be advised that feeling hungry and irritable is common initially and usually passes after two weeks to a month as the body and brain become accustomed to the new habit,” Mattson says.

“Your energy levels could definitely be affected by fasting,” Pentz-Kluyts adds, and she recommends you stock up on high-fibre, nutrient-dense foods, like nuts, fruits, and vegetables. And remember to drink plenty of water. “You might be so focused on not eating that you forget to pay attention to what you’re drinking,” Pentz-Kluyts says. Often, what you think is hunger is actually thirst, so a healthy fluid intake could also help stave off the hunger rages.

Why it’s not for everyone

A 2020 study by New Zealand’s University of Otago confirms much of what Mattson said, finding that intermittent fasting, with study participants limiting their energy intake to about a quarter of their usual diet on two self-selected days per week, led to slightly more weight loss than either the Mediterranean or Paleo diets.

But adherence to the diet dropped off considerably during the one-year study. After 12 months on their chosen diet, fasting, Mediterranean, or Paleo, 54% of the fasters were still following the protocol, compared to 57% of Mediterranean dieters and 35% of Paleo dieters. The weight loss numbers were interesting, though. Participants on the fasting diet had lost an average of 4.0 kg, compared to 2.8kg on the Mediterranean diet and 1.8kg on Paleo.

“Intermittent fasting is not for everyone,” warns Pentz-Kluyts, “and it doesn’t change the fact that you need to make healthy food choices. For example, if you eat a piece of cake and then eat nothing for the next 16 hours, your food choices aren’t good – so from a nutritional perspective the diet will be limiting.”

If you’re sensible, intermittent fasting could offer some benefits. However, it comes with some clear drawbacks and disclaimers, and it’s important to look at other health and lifestyle adjustments.

Pentz-Kluyts strongly recommends consulting with a doctor or a nutritionist before starting an intermittent fasting diet.

“Your food choices are likely to be affected because of the time of day that you’re eating, or not eating,” she explains. “And then it obviously has a ricochet effect on other things. It’s not nutritionally adequate if you’re just doing intermittent fasting without looking at the types of foods that you’re eating when you do eat.”