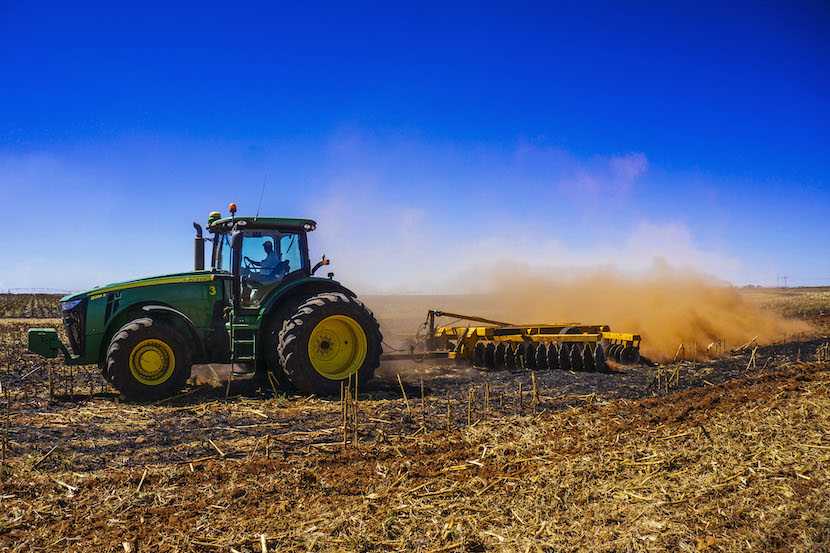 President Cyril Ramaphosa told the ANC at the start of the year that passing legislation to allow for land expropriation without compensation is a priority for the ruling party this year. It is move that would most likely deal a devastating blow to the already troubled SA economy because it will deter investment. Dr Anthea Jeffery, a legal expert with the IRR thinktank, unpacks the details of the proposed laws that will allow for the state to seize many of your assets, including your home – regardless of your skin colour. Disadvantaged people won’t receive property equity; instead a system in which property is leased from the state is proposed. She says it is possible this socialist legislation will be passed, because the ANC can secure a two-thirds majority with the Economic Freedom Fighters – a radical group that supports Venezuela-style economics. In this interview, Dr Jeffery sets out what’s next as the EWC policy gains momentum. It’s a mistake to think President Ramaphosa is a pro-business ‘reformer, she says. The IRR is taking steps to fight this legislation that will ‘bring Zimbabwe to South Africa’ and increase unemployment, hunger and suffering, as a deadline looms in February. – Jackie Cameron

Our economy is already hugely struggling because of the Covid pandemic and the successive lockdowns that have been needed. We’re at a point where we need all the help we can possibly give to our economy. Instead, the government is busy pushing through parliament, two bills – which deal with land expropriation. By far the most serious is the constitutional amendment bill. This bill is currently being drafted by a parliamentary ad-hoc committee – which is due to finish its work by the end of March 2021. Once it makes its recommendation, presumably for the content of the bill that is being put out for public comment, then parliament will be able to adopt it very swiftly.

First, the National Assembly will need to pass it by a two-thirds majority. Then it will go to the National Council of Provinces, where it will need the votes of six out of nine provinces. That bill, once enacted, will allow for nil compensation on the expropriation of both land and the improvements on it. It will also impart parliament to adopt any number of further statutes, by ordinary majority, in which they will set out the circumstances in which nil compensation should apply. In other words, we’ll be giving our legislature a blank cheque, to decide on any number of future instances in which we will have expropriation without compensation.

The second bill we have is one that is intended to compliment the constitutional amendment. That is the Expropriation Bill of 2020 – which is being put out for public comment by the Portfolio Committee on public works and infrastructure. The deadline for comment there, is the 10th of February. We have now little less than a month to put comments on that bill. That bill will also allow the payment of nil compensation on expropriation. It says, in five listed circumstances, but it also makes it plain that that list is not a closed one. So again, there could be other instances where nil compensation will apply.

On whether this could pave the way for government seizing any assets:

That’s correct. The Constitution, Section 25 – in a provision that is not going to be changed – defines property as not limited to land. The expropriation bill has the same definition, that property is not limited to land. So it could include people’s homes, business premises. It could include mining rights. It could give the government an increased way of gaining access to people’s pensions and the like. So, there really is a matter of great moment here. Yet, far too many commentators are assuming that these two bills are concerned only with how to speed up – and hopefully improve – land reform. But their ambit is in fact much wider.

On the motivation behind this:

To my mind, the motivation is undoubtedly an ideological one that the ANC and its allies in the South African Communist Party and Cosatu have long been committed to a national democratic revolution. Which does envisage taking South Africa – by very slow and incremental steps – from being a predominantly free market economy, to one that is socialist, and in which the government has considerable ownership and/or control over all key assets. I think that really is the motivation. That land reform and the fact that it has failed rather badly after so many years, is simply being used as the excuse, because of our very unfortunate history and the way in which black people were barred from land ownership in the past.

Land can easily be used as a wedge issue. People will see the need to speed up land reform, but once the laws have been put on the statute book, they will allow much more than land to be brought under state ownership or control.

On the alternative to the land expropriation bill:

Well I think we need to, as it were, unpack the various problems that we have. In the agricultural context, we need very many more commercial farmers. The ones we have are, generally, ageing and their families don’t have a particular interest in coming into agriculture. So we need to extend the number of commercial farmers. There are sensible ways in which that could be done. But critically, those farmers must all have individual ownership of their land. If we go the expropriation route, then of course it is the state that will become the owner of the land. All it proposes is to give leases to emergent farmers. That’s not enough.

People end up with very short leases, or in fact leases which go on from year to year and can be terminated on a month’s notice. We need a commercial farming programme, backed by individual land ownership and a sort of blended funding arrangement, so that money from the government – from the private sector – can be made available. Then of course, there is a need for more land and housing in the cities. That needs to be tackled in another way, because the government’s housing programme – in terms of which the state builds houses for poor people – has increasingly been bogged down also, with corruption and inefficiency.

But it’s also generated such a huge demand for housing. There’s an incentive in households to split up, so that more and more people can claim a free house from the government. We now have a longer waiting list than we did at the beginning of this programme, 26 years ago. Again, we need private sector solutions. We need the government to make land available, then partner with the private sector to service that land. We’ve recommended that the government divide up much of the badly used housing budget and make it available to people who are poor – in the form of housing vouchers, to be used solely for housing expenditure.

On what South Africa may look like if these bills are passed:

I think there is a risk of land grabs, once the constitution is changed, to say that the government has the right to take land without compensation. I think it certainly will be seen by organisations like the EFF as the reason to step up what they are already doing – which is to call on people to occupy land which is owned by others – which might not be already occupied by either a private individual or a municipality. But very often, the land that is not occupied is needed. For example, in the Western Cape there’s been a spate of land invasions. So much so, that I think the Western Cape authorities have been called on to bring down about 55,000 illegal structures that have been put up in the period over lockdown. Some of these have been erected on land which is urgently needed for infrastructure purposes.

For example, to improve the water supply to parts of Khayelitsha. Even though you might have land which is vacant, it’s not unimportant. it is, of course, somebody else’s asset. The moment you have land invasions being encouraged, you are immediately eroding the value of land. You’re making it increasingly difficult, for land owners to protect themselves. If you think about the millions of black South Africans who do now have an informal form of title to their homes – sometimes they do actually have title deeds – but if adjacent land can be invaded, then they will nevertheless find their property values being eroded. They will find that new incomers want to take advantage of electricity and water, which is being supplied to their homes which they’re paying for. They’ll be in a worse position.