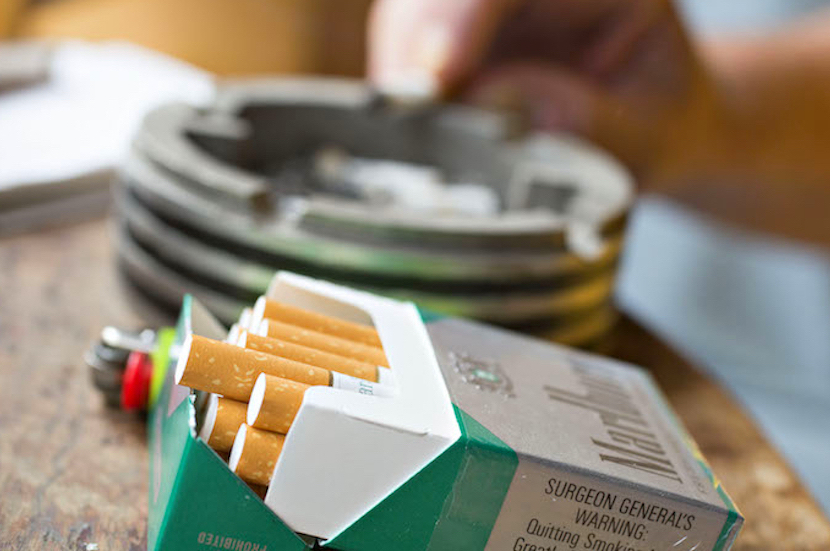 Last year, as President Cyril Ramaphosa announced an unprecedented lockdown to combat Covid-19, a ban prohibiting the sale of tobacco and alcohol products was enforced – much to the chagrin of many South Africans. Not only did this open the stage to the illegal cigarette trade, but it also resulted in billions of lost tax revenue. Tax Justice SA (TJSA) describes the illicit tobacco trade as ‘the biggest and most brazen black market in the world’. The organisation estimates that ‘two in every three cigarettes’ sold across the country is illegal. The lost tax revenue – amounting to around R8 billion – would be enough to purchase Covid-19 vaccines for half the population, says founder Yusuf Abramjee. – Jarryd Neves

A BOMBSHELL exposé by Tax Justice SA (TJSA) has blown the illicit cigarette trade wide open and revealed the biggest and most brazen black market in the world.

TJSA founder Yusuf Abramjee says: “Our investigation proves indisputably and without doubt that illicit cigarettes are being openly sold at mainstream outlets throughout the country and billions of rand in unpaid taxes are being stolen by the criminals behind this trade.

“Following the lockdown ban on legal sales – when all cigarettes became illicit – the big players in the illicit trade have seized control of the mainstream retail supply, creating the biggest and most brazen cigarette black market in the world.

“We estimate that two in every three cigarettes sold in SA is now illicit. The annual R8 billion being lost in unpaid ‘sin’ taxes would pay to vaccinate half of all South Africans against Covid-19.

“Yet still this industrial-scale daylight robbery isn’t treated as a priority by our lawmakers and enforcers. Instead of turning a blind eye, authorities must act now to save lives.”

TJSA has delivered a full confidential report of its investigation, featuring hours of undercover footage, to police, the South African Revenue Service (SARS) and the Departments of Health and Trade.

A TJSA documentary and report on the investigation will be released to the public on www.taxjusticesa.co.za  on Thursday. A pdf of the public report is attached. Click here for a link to the documentary.

TJSA’s undercover team visited over 40 mainstream retail and wholesale outlets across Cape Town, Johannesburg, Pretoria and Durban to secretly film cigarettes being sold at a price actually below the minimum tax that must be paid on them by law.

TJSA considers all cigarettes sold at R25.00 a pack or below to be illicit, since such a price cannot possibly cover the cost of manufacture and distribution on top of the Minimum Collectible Tax (MCT) of R20.01 due on each pack (R17.40 excise plus R2.61 VAT). However, for the avoidance of doubt, a far lower threshold of R20.00 – below the actual MCT – was adopted for this study. These cigarettes are in our analysis illicit as they are being sold below the legal threshold.

Our researcher was able to simply walk in off the street as an unknown customer and purchase cigarettes at R20.00 or below in all but one of the outlets visited over the course of six days across all four cities, recording every buy on video.

Some cartons were being sold at barely a third of the price necessary to cover tax alone. Two retailers openly sold our researcher illegal cigarettes with nicotine levels above South Africa’s legal 1.2mg limit, with one filmed explaining that they had been smuggled from Mozambique and no tax had been paid.

Vendors are apparently so unafraid of action from police or SARS that many now openly display illicit cigarettes alongside legal brands in their stores and wholesale displays. Some were recorded on film laughing at the suggestion that they might be caught or face sanction for selling illicit cigarettes. When asked if he was worried about the authorities, one even scoffed: “Don’t worry about them. F*** the police.”

The investigation shows that the illicit brands being sold at a price below the tax that should have been paid on them can be traced to a small number of manufacturers. Between them, Gold Leaf Tobacco Corporation (GLTC) and members of the Fair-Trade Independent Tobacco Association (FITA) accounted for the vast majority of the brands being sold to our researchers and thus supplied to the market at below MCT.