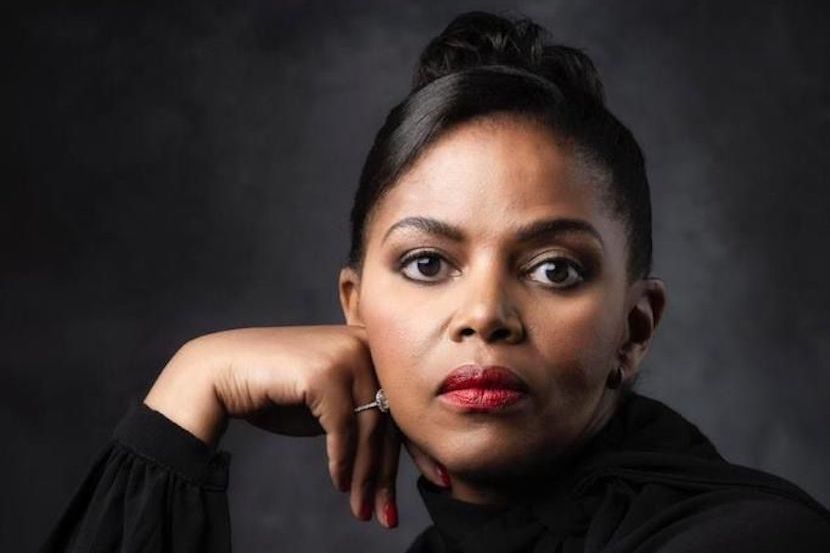 Former CEO of Trillian Financial Advisory, Mosilo Mothepu, found herself at the centre of state capture. “When I left, I was petrified and horrified at what I witnessed. I had to do the right thing and tell the Public Protector what I knew.” Mothepu has released a tell-all book, revealing her sudden involvement in Trillian and state capture. She told the BizNews Power Hour about the toll this took on her personal life and career prospects, noting that the SA business world treated her like a leper. – Jarryd Neves

“It’s completely unprecedented that the Financial Mail would put a picture of a whistleblower, if I can say that, on their cover – and promoting her book. So I’m really grateful to Rob Rose’s team for believing in my story and just putting it out there. With regards to the timing, I decided to break my silence in September 2016. I had spent three months at Trillian as a CEO.

Having witnessed industrial-scale looting, where public money was being syphoned from Transnet, Eskom, Denel, SA Express – without contracts or due process taken… Having the pre-knowledge of Finance Minister Nhlanhla Nene being fired, knowing very well that after that, the markets plummeted and the president had to replace Des van Rooyen over the weekend with Pravin to stabilise the markets. When I left Trillian, I was sort of petrified and horrified at what I had witnessed. I had to do the right thing and tell the Public Protector what I knew.”

“I was from Regiments Capital. I then transferred to Trillian as a Section 197 – in terms of the Labour Act – and I was promoted to CEO. It was that cover of the Mail and Guardian and amaBhungane – with that web of the Gupta brothers. I remember going to the office and Mark Pamensky was there. I said, ‘Mark, you are in this piece’. I went home to my partner and said, ‘I think I am in something that is perverse. I believe that Trillian is part of the machinery’.

On when the penny dropped for her:

“It dropped when when I saw that cover, that article that you’re talking about. I was a very naive person. I read the Financial Mail and the Business Day – I wasn’t even aware of what was happening. The association was with Salim Essa at Regiments – and the shareholder at Trillian was Salim Essa. I could not really pin him to the Gupta’s at that particular point in time. I left Trillian, resigned in June and went to the Public Protector in September.”

On why she decided to write the book now, four years later:

“I wasn’t ready to write the book [in] the previous four years. I think I was in hell – unemployment, skirting with bankruptcy, criminal charges, went from commission to commission, meeting the FBI, mental illness caused by all that happened in my life.

In January 2020, I asked God why I went through this. What is the purpose of the journey that I had to endure? The penny dropped that, for me, He wanted me to tell a story of bravery, triumph, hardship, and of faith. I’m now ready to tell a story that can embolden and empower people.

Before then, I was going through so much devastation and I was in my own personal hell. Right now, I am out of that tunnel. The light is shining brighter. I can truly say that my story has a happy ending. South Africa is a better place because of the story that I have shared.”

On the effects it had on her personal life:

“That was the biggest surprise and the greatest disappointment – my 24 months of unemployment. I have an Honours in Corporate Finance and Investment. I have over 16 years of infrastructure finance experience. When I left Trillian, I naively thought I was going to get a job within three months.

I went from door to door – banks, the corporates – they questioned my integrity. They felt that if they hired me, some of the government contracts will be cancelled. I felt so disappointed, because they say we value integrity, it’s part of our corporate ethos. But I felt like I was treated like a leper. I feel that corporate SA – even today as I speak to you – treated me like a leper and built this fortified wall against me and them. It was only in 2018 when the Financial Mail deputy editor wrote a piece about the price of integrity in South Africa.

I was about to sell my house and I think declare bankruptcy. Rob Shuter, the CEO of MTN, gave me a call and offered me a job on the spot. But since then, I took a year off last year to heal – because the emotional [and] psychological devastation was just so hard on me. I took a year off, wrote the book, and just healed.”