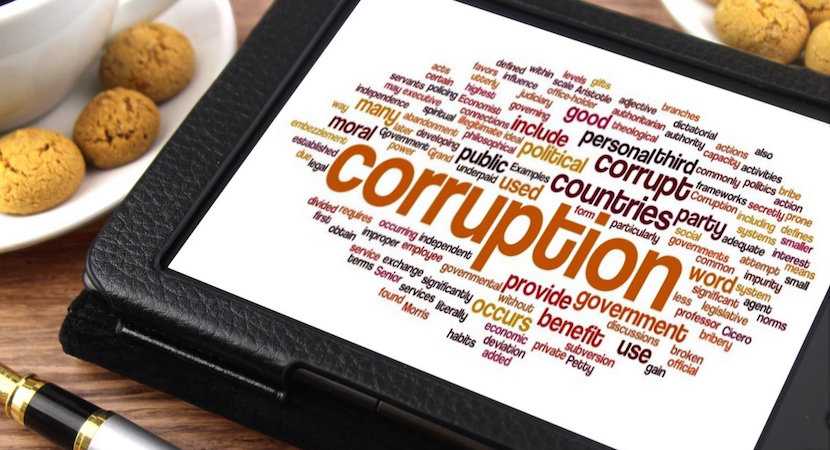 In South Africa, we call it cadre deployment and state capture. In Britain, it’s called chumocracy – which is the practice of politicians farming out jobs and contracts for pals. Listen to this fascinating conversation with corruption expert Professor Liz Dávid-Barrett of the University of Sussex. She shares her insights with BizNews on why former British prime minister David Cameron has been at the centre of a chumocracy scandal for lobbying on behalf of controversial Greensill Capital and how corruption in Europe compares with Africa. She flags up the importance of the media in uncovering corruption and holding powerful political actors to account. – Jackie Cameron

It’s a case that’s actually been rumbling along in the media for about a month now. It came up on my radar because it involves a number of interesting issues. One is the fact that he’s actually conducted lobbying and the way that he’s conducted it in quite an informal way. He sent a number of text messages to the current Chancellor of the Exchequer. Rather than going through formal channels, he he used these informal channels. He’s also the former boss of this person, the current Chancellor.

I think there’s also something there, in terms of how he’s using his informal access and social networks to try and lobby. The other factor is that he’s a former prime minister. As such, it raises a lot of questions about, what should someone who’s left public office be allowed to do once they have left office? Should there be any constraints on what kinds of activities they can be involved in and what kinds of jobs they can take and whether they can engage in lobbying?

In fact, it seems he’s not broken any rules. The rules in the UK say that former ministers and prime ministers can not engage in lobbying for two years after leaving office. But he’s five years out of office. He hasn’t broken a rule there. But the debate has been around whether the rules are strong enough and also whether he might have broken some principles. We have these Nolan principles about how people in public life should conduct themselves.

On ‘chumocracy’ and whether it’s a problem in the UK:

it’s a term that’s been used increasingly in the last year or so, particularly as there have been a lot of revelations about how covid related contracts – particularly for PPE – have been given out to a lot of people who seem to have connections to the government – or are indeed even members of the government who own shares in companies that have won contracts.

There’s been quite a lot of talk about that and this sense of chumocracy. I think it’s a term that goes back to some much deeper and longer developments in UK government and the way that it’s run. For 25 years, we’ve had this move towards involving the private sector much more in government business, partly by outsourcing public contracts for all kinds of services now, which are provided by the private sector.

And also quite a lot of blurring, in terms of individuals who work in the private sector being seconded into government for six months or a year. In the case of Greensill, we saw that someone was given a position and had a number 10 Downing Street business card. Hence, someone in the private sector was able to go out and portray himself very much as an insider in government. We also have a lot of senior civil servants moving into the private sector. That creates risks around the prospect of that changing their behaviour while they’re in office.

Are they thinking about ingratiating themselves with a particular company and perhaps violating or abusing their power in office in order to try and achieve that and to get a job later? There’s been all sorts of ways in which there’s this blurring between public and private. I think that’s the underpinnings of what is now being called ‘chumocracy’. I also find it quite interesting that there’s this friendly word, almost, in the UK democracy. Chumocracy – it doesn’t sound that serious, does it? Whereas I think the term that you’re using in South Africa, around the state capture really cuts to what’s going on here in a much more decisive and analytical way. That is the real question. To what extent is the business of government captured by private sector interests?

On why so few corrupt politicians are brought to book:

It’s a very political issue. To start an investigation or have a real enforcement action against a minister or former minister is very difficult. It’s something where it tends to only happen when a different government comes to power – you don’t really get many instances of the government investigating its own people. Then when it is someone, it’s being done by the successor government. That’s also open to political accusations that this is just a politicised move, rather than really going after the misconduct. I think it is a very sensitive and tricky issue. We’ve started to see a few more cases, though. We’ve recently had this case in France, former President Sarkozy. We’ve had cases in Croatia, former President Sanader. We’re starting to get a few of these prosecutions. But it is, I think, a very sensitive and difficult business. It shows just how corruption is always a political issue.

There probably is a difference in scale. There’s also a problem that we don’t know very much about how much corruption there is in the UK public life, because we’re not very good at looking for it. My census just published a new working paper about how the police don’t really investigate domestic corruption, because of the way that the police is organised and set up and also because there is a sense of denial about it.

The UK has, at times, taken a real leadership role internationally around global corruption. What it hasn’t done is look internally and think not only about how the UK is facilitating global corruption – often through professional services that help kleptocrats hide the proceeds of corruption – but also just in domestic public service and political life. We’re not really looking inward very much.

There is, I think, a large sense of complacency around just thinking, “we’re British and we have high standards.” Unfortunately, I don’t think we can rely on that. We need to be having a careful look and putting more robust institutions in place. It might be that if we had more monitoring there, then we would find that it’s not a very serious problem. But I, for one, would feel a lot more confident about saying that if I thought we were at least looking out for what corruption might be going on in a much more systematic and far away.