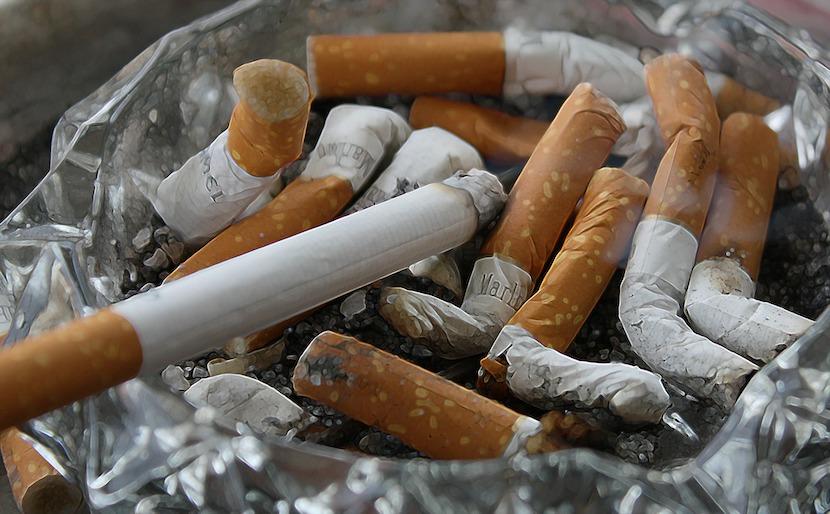 As South Africa hastily entered lockdown early last year, many government enforced rules were implemented rather suddenly. Confined to our homes, we were told only to leave for essential errands – medical care, emergencies and groceries. But the government also decided what it thought was essential – clothing, alcohol and cigarettes were a few of the numerous items deemed non-essential. Millions of South Africans were outraged by this. Government’s reasoning was that smoking poses a health risk, and during a pandemic, it should be banned. While alcohol sales were eventually allowed, the sale of tobacco products remained under prohibition for far longer. A number of problems has stemmed from this short-sighted ban. Firstly, the unavailability of tobacco products in conventional retail stores created a large illicit trade. So, people were still smoking but not paying the sin tax that regularly goes along with a purchase of this type. In an article published on BizNews, Tax Justice SA remarked that SA lost over R5bn in taxes “while criminals trading illegally were making R100m everyday”. Now that cigarettes are available from legal retailers, sales are still down. There is plenty of evidence to suggest that the illicit trade is still booming, with many smokers preferring to buy illegal products due to the lower cost. The cost of the tobacco ban has proven to be astronomical, costing South Africa much needed tax revenue, creating a powerful, illicit tobacco trade and battering the economy with battered sales figures. – Jarryd Neves

As predicted, the five-month prohibition on legal tobacco sales was a boon for the illicit industry. They have kept many of their new-found customers, judging by the complaints of legal retailers.

Thus read the headline in Business Day (paywalled) last week, atop an article penned by one of its best journalists, Katharine Child.

I hate to say I told you so, but I told you so. It’s as if policy makers don’t understand basic economics. If you tax something, you create incentives for the illicit market to develop. If you ban it altogether, illegal trade will flourish.

From the start of the Covid-19 lockdown, when tobacco sales were first banned, this column warned that prohibitions don’t work and should be lifted. Soon, it became clear that illegal markets, particularly in tobacco, were thriving.

That was confirmed by a survey conducted by UCT researchers led by Corné van Walbeek, which found that 90% of smokers continued to smoke despite the ban.

The Guardian reported that the dramatic price increases in South Africa resulting from the ban fuelled smuggling from neighbouring Zimbabwe at more than 200 illegal entry points along the Limpopo River.

I also found – and Child independently confirmed – that the scientific reasoning on which government based its tobacco ban was insupportable. In December, the Western Cape High Court ruled the tobacco ban to have been unconstitutional and in violation of administrative law. The government is appealing.

With a surfeit of irony, the chair of the National Coronavirus Command Council, Nkosazana Dlamini-Zuma, who drove the tobacco ban, dismissed the legal tobacco industry’s concerns about losses by saying that the illegal cigarette trade reduces the ‘adverse economic impact’ of the ban. This proves she knew the prohibition would benefit the illicit market, but went ahead with it anyway.

(Now where is that photo of her posing with illicit tobacco kingpin Adriano Mazzotti? Oh, here it is. Thanks, John Steenhuisen.)

In a separate Q&A with Spar’s CEO, Brett Botten (also paywalled), Child asks: ‘Cigarette sales at Spar have not recovered since the ban was lifted in mid-August. Did Spar expect to lose cigarette sales for the long term?’

Botten replies: ‘No, we didn’t. But there’s definitely been a shift in the market here after the cigarette ban was lifted. Some consumers moved away from [both] the premium tobacco brands and the cheaper brands and we suspect also to some illicit products. So we’re currently trading at about 13.3% below last year, and we really don’t see this improving significantly in the short term.

‘This is a much bigger issue than just Spar. It’s an issue for SA Inc. It depends on what you believe around the illicit tobacco (sic), but the loss of revenue for the fiscus is pretty significant, I would think.’

Van Walbeek and his colleagues published a third iteration of their Coronavirus Rapid Mobile Survey, as part of the broader National Income Dynamics Study, in February. Unlike earlier iterations, this one was nationally representative.

It found that about 8% of smokers quit during the course of the lockdown and tobacco ban, but half of them started smoking again when the ban was lifted. This suggests that only four percentage points of Spar’s observed 13.3% sales decline might be attributable to people who quit smoking.

Almost 85% of smokers indicated that they continued smoking despite the ban, and despite the fact that average cigarette prices nearly tripled during the ban. (The balance didn’t answer the question.)

Those who continued smoking could only have obtained their cigarettes from the illicit tobacco trade networks, where the premium prices would have funded significant illegal market development.

The major multinationals saw their market share decrease from an estimated 70% before the lockdown, to 33% during the ban, after which it recovered to just over 50%.

The domestic tobacco firms, which include Gold Leaf Tobacco Corporation, Mazzotti’s Carnilinx, Best Tobacco Company, and Amalgamated Tobacco Company, benefited greatly from the lockdown. The Van Walbeek survey report estimates that their turnover more than doubled. However, many of them are well known to sell cigarettes at prices that couldn’t possibly include the required excise tax.

It speculates that a large increase in the excise tax might have yielded similar results in terms of reduced cigarette use and lower smoking prevalence, but with less disruption, and yielding more revenue for government. It admits that without ‘good measures in place to reduce illicit trade’, this would likely have benefited the illegal market, but to a lesser extent than the total ban did.

For those willing to learn, the tobacco ban during lockdown has taught us four lessons.

The first is the most obvious, which is that if you restrict supply, whether via excise taxes or total prohibition, you are likely to achieve only very limited public health objectives, if any, but at the cost of richly incentivising illegal markets and criminal activity.

The second lesson is that prohibitions on legal products expose consumers to higher health risks from unregulated illegal-market products, which might be adulterated or contaminated with toxic chemicals.

Lesson three is worth R5.8 billion. That is what the fiscus lost in excise tax revenue, and it makes up almost 40% of the total tax take expected from tobacco in the 2020/21 financial year. This alone makes complaints that vaccines are expensive ring hollow.

It doesn’t end there, however. Since it is now obvious that many smokers who were forced to switch to the illicit market have chosen to remain there to take advantage of favourable pricing, the fiscus will likely continue to suffer losses well into the future.

That also applies to the fourth lesson, which is that prohibitions sideline legitimate businesses, reduce their revenues (and hence the taxes they pay), and depress formal employment opportunities.

Botten said that grocery sales in Spar’s core South African market were up 0.8% in the six months to March 2021, but would have been up 1.4% if cigarette sales had not slumped so dramatically. That is a huge difference in a retail sector that operates on razor-thin margins.

Should South Africa face another pandemic in future, it is recommended that government take these lessons to heart.

It should avoid tobacco prohibition laws as emergency response measures. The benefits are entirely conjectural, and probably non-existent. The negative consequences are many and are counterproductive to interdependent health, employment, and economic objectives.

It should ensure availability and access to legitimate products that conform with social-distancing objectives without inducing demand for illicit substitutes.

It should also, contrary to the suggestion in the Van Walbeek survey, avoid the imposition of emergency tax increases as an alternative to prohibitions. Especially in a country where illicit tobacco trade is clearly not under control, such an approach would achieve even less, and could end up being as just as recklessly beneficial to the illegal market as a total ban.

Finally, it should ramp up implementation of enforcement measures to ensure that illicit trade activities caused by the pandemic do not become permanent features of the post-pandemic economy, which is difficult now, as the recent data shows.

Van Walbeek’s report suggests ratifying the Protocol to Eliminate the Illicit Trade in Tobacco Products, and implementing its provisions.

The result could be improved tax revenue from a larger pool of legal product, with the concomitant improvements to economic growth and employment, as well as lower risk to consumers.

However, given the massive boost the tobacco ban has given to the illicit market, and the lack of enforcement capacity in government, it is doubtful any of these gains will be realised in the short term in South Africa.