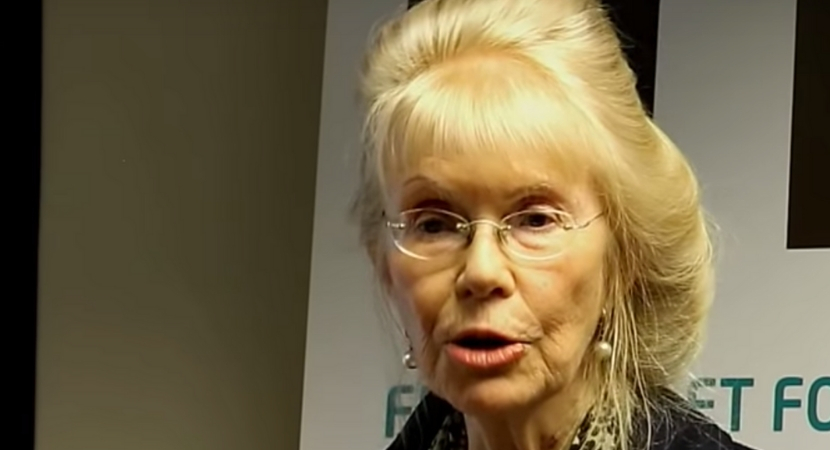 As the possibility of expropriation without compensation (EWC) draws nearer, the IRR’s Head of Policy Research Anthea Jeffery notes below that the institution warned that the ANC would seek to “nationalise all the country’s land without compensation.” As she explains, the warning was dismissed by myriad groups – now however, both the ANC and EFF have agreed that the draft bill to amend s25 of the Constitution “to allow expropriation without compensation (the EWC Bill) should be revised to include a commitment to ‘state custodianship’ over all land.” This is a terrifying prospect for many South Africans, who fear for their property and possessions. Previously, Jeffery and financial advisor Dawn Ridler have cautioned against this, citing a major economic impact as a concern. Below, Anthea Jeffery outlines how nationalisation is coming and asks whether the EWC Bill can be stopped. Listen below to earlier BizNews interviews on the subject. – Jarryd Neves

Nationalisation by stealth is coming, courtesy of the shifting EWC Bill

An early IRR warning of nationalisation via ‘custodianship’

Seven years ago, back in 2014, the IRR warned that the ANC would seek to nationalise all the country’s land without compensation. It would do so by taking ‘custodianship’ of land and then claiming that no expropriation had occurred (as explained below) and so no compensation need be paid.

The IRR’s warning was dismissed by the government, Agri SA, and the Institute for Poverty, Land, and Agrarian Studies (Plaas), respectively, as unwarranted, ‘unlikely’, and ‘scaremongering’.

Now, however, the ANC and the EFF have agreed that the draft bill to amend Section 25 of the Constitution to allow expropriation without compensation (the EWC Bill) should be revised to include a commitment to ‘state custodianship’ over all land.

The ANC’s proposal is contained in a new subsection 25(5), which reads as follows: ‘The state must take reasonable legislative and other measures, within its available resources, to foster conditions which enable state custodianship and for citizens to gain access to land on an equitable basis’.

The EFF’s proposal is much the same, though it wants the italicised words to be deleted. In practice, this change would mean little.

The EFF also seeks a new subsection 25(4A), saying: ‘Land is a natural resource and the common heritage, which belongs to the people as a whole, under the custodianship of the democratic state.’

The ANC’s preferred wording is similar, for it thinks subsection 25(4A) should provide that ‘the land belongs to and is the common heritage of all South Africans’.

Either subsection, if inserted, would point to the supposed rationale for land custodianship. But the key wording is in subsection 25(5) – and would suffice to require new legislation that ‘enables state custodianship’ and gives people ‘access’ to land in the form of land-use licences to be ‘equitably’ allocated by the state.

Earlier this week, the ANC’s Vuzumusi Xaba tried to play down the significance of state custodianship by suggesting that this would apply solely in the ‘period between acquisition and redistribution’.

However, there is nothing in the wording of subsection 25(5) to limit state custodianship in this way. Mr Xaba’s reassurance, if it is to be taken seriously at all, also overlooks the government’s State Land Lease and Disposal Policy (SLLDP) of 2013. Under this policy, land acquired for redistribution must be retained by the state and leased to land reform beneficiaries for a period of 50 years before an option to buy may be granted. On this basis, the ‘state custodianship’ that Mr Xaba sees as applying only ‘temporarily’ could last for half a century.

Despite some minor points of difference, the ANC and EFF have thus agreed to include state custodianship of all land in the EWC Bill. Their consensus on this key point is what matters – not the insignificant issues on which their further concurrence is now being sought.

There is also little real divergence between the ANC and EFF on the role of the courts or the payment of compensation.

The EWC Bill, as initially gazetted for public comment in December 2019, said that ‘a court’ would decide whether ‘nil’ compensation should be paid for ‘land and any improvements thereon’ that were expropriated for land reform purposes. The initial EWC Bill also said that new legislation to be adopted in the future would set out the circumstances in which ‘a court’ might decide that compensation on land expropriation would be nil.

The ANC wants to omit these specific references to the courts. However, it also proposes that the courts should retain their current powers to ‘decide or approve’ on the compensation payable on expropriation if the parties cannot agree on this.

By contrast, the EFF wants to exclude all reference to the courts. It also wants to omit any entitlement to compensation on the expropriation of property of any kind.

Is this a significant point of contestation between the ANC and the EFF? Not really. For the ANC plans to use expropriation relatively seldom and to rely in many instances on the concept of ‘deprivation’, as contained in subsection 25(1).

According to Mr Xaba, ‘the Constitution provides two ways in which the state may interfere with property rights, which are deprivation and expropriation’. It is only expropriation that requires the payment of compensation, whereas deprivation does not.

What is the difference between the two? In the ANC’s perspective, if the state takes ownership of property, then expropriation has occurred and compensation must be paid. By contrast, if the state instead assumes the custodianship of property for the benefit of others, then this is merely a ‘deprivation’ for which no compensation is payable at all.

In practice, of course, the state’s powers of control over property are very much the same irrespective of whether it takes ownership or custodianship. The distinction between the two concepts is thus entirely artificial. It has nevertheless already served the ANC well.

Take the example of the country’s mineral resources, two thirds of which used to be privately owned. If the ANC had taken ownership of these resources under the Mineral and Petroleum Resources Development Act (MPRDA) of 2002, billions of rands in compensation would have had to be paid to the erstwhile owners of these resources. But because the MPRDA instead vested all mineral resources in the custodianship of the state, the ANC argued that this was a mere deprivation for which no compensation was due. This argument was upheld, moreover, by the flawed majority ruling of the Constitutional Court in the Agri SA case in 2013.

The custodianship concept is now to be deployed to nationalise all land, as the revised EWC Bill makes clear. This holds enormous dangers, for it could make the vital agricultural sector as ‘uninvestable’ as mining has become under the MPRDA. Its ramifications for the property market and the banking sector (to name but two examples) are also massive but unclear.

Worse still, the custodianship concept – or some similar mechanism for property ‘deprivation’ – could also be used to extend nationalisation way beyond land to important pools of private capital. This process will be facilitated by subsection 25(4), which defines ‘property’ as ‘not limited to land’ and is not to be amended by the EWC Bill.

All medical scheme reserves, for example, could in time be vested in the custodianship of the proposed National Health Insurance Fund, which will then use these funds to help provide the same (limited) healthcare benefits to everyone.

All pension funds could similarly be vested in the custodianship of the proposed National Social Security Fund, which would use them to help provide much the same (small) payouts to all pensioners. All bank savings might in time be vested in the custodianship of a new state bank, which would use them to fund infrastructure projects unlikely to be any more successful than Eskom’s disastrous new-build programme.

According to the ANC, there would be no expropriation in such custodial takings, so none would merit compensation. This explains why the ruling party sees little risk in retaining the Constitution’s current wording on ‘just and equitable’ compensation, which the EFF would prefer to jettison.

The effective nationalisation of private capital is thus a crucial part of what lies ahead – and what the EWC Bill is intended to allow. State control will help divert these funds to socialist objectives and so advance the National Democratic Revolution (NDR). State control will also, as tax revenues diminish, help grease the ruling party’s patronage machine and so maintain its fragile unity and hold on power.

Can the EWC Bill be stopped?

The Ad Hoc Committee responsible for drafting the EWC Bill was supposed to finish its work by 31st May 2021, but failed to reach agreement on the revised text. It is thus seeking a 30-day extension to finalise the measure.

Its ANC and EFF members, along with committee chair Dr Mathole Motshekga, have discounted a legal opinion from Parliamentary Legal Services which warns that most of the proposed changes to the EWC Bill are ‘substantial’ amendments that:

Dr Motshekga seems determined to finalise the EWC Bill within 30 days. He also wants the National Assembly, which will be in the middle of a 10-week recess, to convene a special sitting to deal with the committee’s report. It will be up to the National Assembly to decide what to do if the committee has in fact exceeded its mandate, he says. Whether there is any need for further public consultation will also be determined in due course.

The EWC Bill is extremely urgent, adds Dr Motshekga, for ‘the government cannot tell people to build a new economy if they do not have anywhere to live’. Moreover, ‘there is unrest and land invasions all over because people are impatient and want access to land… Failure to resolve the land question will be tantamount to planting a time bomb in one’s own house…and bring[ing] the whole house down’.

However, this alleged urgency cannot be used to circumvent the need for proper procedures, as set out by Parliamentary Legal Services. In addition, a comprehensive socio-economic impact assessment is still needed to help inform the public consultation process – rather than the EWC Bill’s bland assertion that its ‘financial implications for the state’ are ‘none’.

Earlier this week, the chair of Agri SA’s Centre for Excellence: Land, Willem de Chavonnes Vrugt, cautioned that land custodianship without compensation would ‘give control over all private land to the state, [which] would be a recipe for an economic and humanitarian disaster and an invitation to large-scale corruption’.

This echoes the IRR’s long-standing warnings but does not go far enough. For it assumes that custodianship will stop at land, whereas the ANC intends to take its deprivations very much further – to private sector capital and other forms of property too.