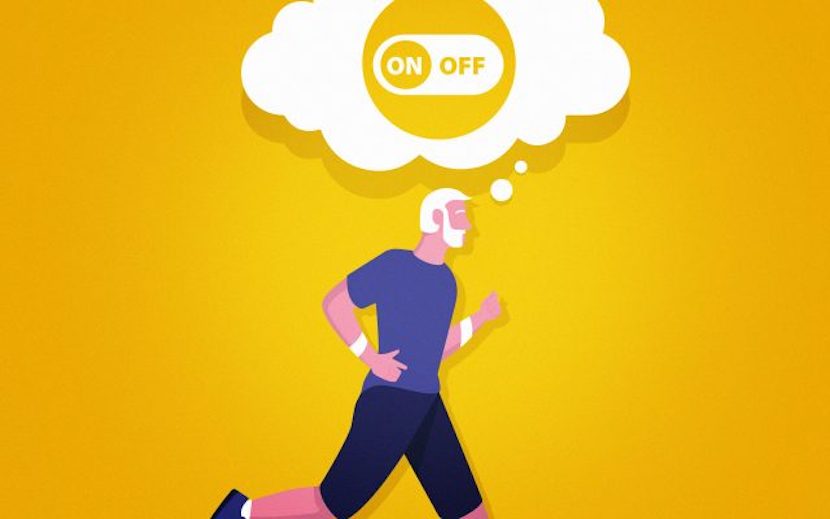 Could it be as simple as flipping an imaginary switch in your head?

Picture it: Oxford University, May 6, 1954. The Iffley Road running track. Roger Bannister has just become the first person in the world to run a mile (1.6km) in less than four minutes.

Before this achievement, the four-minute mile was thought to be impossible. You’d have to run at 15 miles (24km) per hour, they said. It couldn’t be done, they said.

Obviously, they were wrong. What happened next was even more interesting. Just two months later, the record was broken again – and again.

In the 65-odd years since then, more than 1,400 runners have cracked the four-minute mile, which has become the standard for male professional middle-distance runners.

Professor Tim Noakes of the Sports Science Institute of South Africa believes there is a switch in the human brain that limits our physical efforts.

He calls it “the central governor”. In a landmark 2012 paper, he wrote that marathon running provides evidence that human athletes race “in anticipation”, by setting a variable pace at the start.

What if your brain has a similar “central governor” that imposes limits on what you can achieve – and what if you could flip a switch that removes those limits and invites abundance into your life?

According to research, you do – and you can. A team at the Donders Institute for Brain, Cognition and Behaviour at Radboud University in Nijmegen, the Netherlands, used neuroimaging to confirm that a “scarcity mindset negatively affects the neural mechanisms that underly your goal-directed decision-making”.

According to study lead Inge Huijsmans, this is even more pronounced in situations where people used to have more resources than they currently have.

In other words, if you think you can’t do something, especially if you think you used to be able to do it, but can’t anymore, then you’re likely to be right. But only because of the limits you have placed on yourself.

Now what if you could flip switch that around, using the same neural networking? Author Stephen Covey touched on this in The Seven Habits of Highly Effective People, contrasting the “scarcity mindset” with the “abundance mindset”.

“Most people are deeply scripted in what I call the Scarcity Mentality,” Covey wrote. “They see life as having only so much, as though there were only one pie out there. And if someone were to get a big piece of the pie, it would mean less for everybody else.”

What Covey calls the Abundance Mentality, on the other hand, flows out of a deep inner sense of personal worth and security. “It is the paradigm that there is plenty out there and enough to spare for everybody,” he writes. “It results in sharing of prestige, of recognition, of profits, of decision-making. It opens possibilities, options, alternatives and creativity.”

Neuroscientist Tara Swart builds on this concept in her book, The Source: The Secrets of the Universe, the Science of the Brain.

“To be creative, we also need to develop a certain level of confidence in our right to express our unique take on things; to value our own ideas and interpretations,” she writes.

She adds that when she was at school, she was told she wasn’t creative just because she wasn’t good at drawing.

“It turns out there is a generation of people afflicted by this myth,” she writes.

Understanding that your limitations are self-imposed, and therefore imaginary, makes it easier to surpass them.

As Swart suggests, “Why not apply for that new job or go on that date your friends are suggesting? Why not take up that new hobby you have been putting off for years?”

Stanford University psychologist Carol Dweck sums it up in her book, Mindset: The New Psychology of Success.

She asks whether people with a “growth mindset” believe that anyone can be anything, that anyone with proper motivation or education can become an Einstein or a Beethoven.

“No,” she answers, “but they believe that a person’s true potential is unknown and unknowable.”

It’s impossible to foresee what can be accomplished with years of passion, toil, and training, she adds.

This shift, from a scarcity mindset to an anything-is-possible mindset, may sound too simple to be true.

But as Roger Bannister proved on the running track on that long-ago day in Oxford, sometimes all you need to do is flip a switch in your head and decide: You know what? I can actually do this.