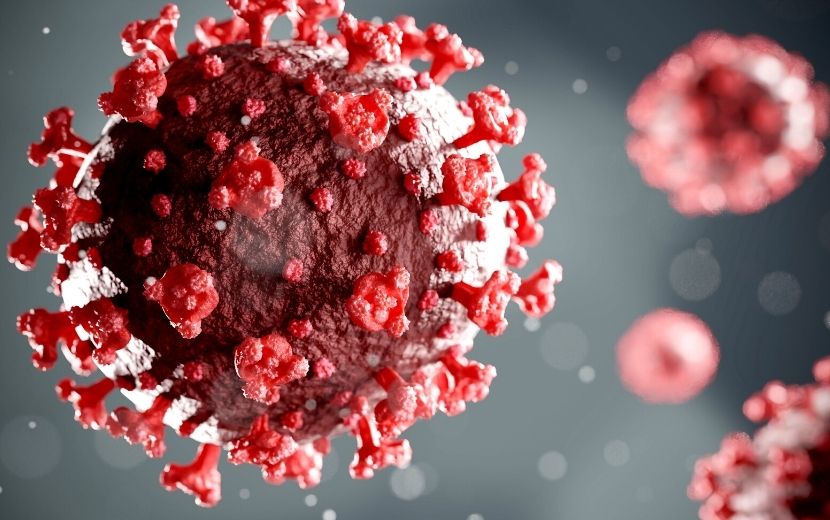 The emergence of the Covid-19 Delta variant in India in late 2020 changed the transmission dynamics of the coronavirus. With the Delta variant now ubiquitous across the globe even as extensive vaccine rollouts are being executed in most countries, many scientists have embarked upon thorough research projects in an attempt to demystify delta and the reasons for its substantially superior transmissibility. This article explores which spike mutations the delta variant has in common with former variants and which mutations are unique to the delta variant. These mutations, which by themselves don’t present particularly significant conclusions,’ appear to be more formidable as a team than alone.’ While there is an increased ability by the Delta variant to escape vaccine-generated antibodies, the article notes that existing Covid vaccines remain mostly effective against the Delta variant. The article looks at the respective capacity of the various Covid-19 vaccines to neutralise delta, with the AstraZeneca vaccine coming in last at 67%. This article was first published on Kaiser Health News. – Nadya Swart

Upon first inspection, the mutations in the highly contagious delta covid variant don’t look that worrisome.

For starters, delta has fewer genetic changes than earlier versions of the coronavirus.

“When people saw that the epidemic in India was driven by delta, they did not suspect it would be so bad or overtake other variants,” said Trevor Bedford, an evolutionary biologist at the Fred Hutchinson Cancer Research Centre.

But those expectations were wrong.

Delta has kept some of the most successful mutations found in earlier variants, but also contains new genetic changes that enable it to spread twice as fast.

Delta is more dangerous in many ways. It has an incubation period of four days, rather than six, making people contagious sooner. When the pandemic began, people spread the original coronavirus to an average of two or three people. Today, people infected with delta infect six people, on average.

As of this week, the delta variant had caused at least 92% of the new infections in the United States, according to covariants.org, a research firm in Bern, Switzerland.

Although delta isn’t necessarily any more lethal than other variants, it can kill huge numbers of people simply because it infects so many more, said Dr. Eric Topol, founder and director of the Scripps Research Translational Institute.

Scientists have sequenced delta’s mutations but are still trying to understand their significance, said Angela Rasmussen, a virologist at the University of Saskatchewan’s Vaccine and Infectious Disease Organisation. “When we see the same mutations appearing repeatedly and independently, that suggests they’re important,” Rasmussen said.

Scientists have the best understanding of mutations on the so-called spike protein — which sticks out from the surface of the virus like a club — and which have been studied the most intensely because of its serious ramifications, Rasmussen said. The coronavirus uses the spike protein to enter human cells, and changes in the spike can help the virus evade antibodies.

Scientists believe one of the most important areas of the spike is the receptor-binding domain, the specific part of the protein that allows the virus to latch onto a receptor on the surface of our cells, said Vaughn Cooper, a professor of microbiology and molecular genetics at the University of Pittsburgh. Receptors are like sockets or docking stations that allow proteins to interact with the cell. Once the virus gains entry to the cell, it can cause havoc, hijacking the cell’s genetic machinery and turning it into a virus-making factory.

Delta’s rapid spread is particularly surprising given it lacks two mutations that made earlier variants so scary.

Delta doesn’t have the N501Y spike mutation found in the alpha, beta and gamma variants, which enabled them to invade cells more successfully than the original virus. That mutation changed one amino acid — a building block of proteins — in the receptor-binding domain.

Delta also lacks the E484K mutation, which has made the gamma variant so worrisome. This genetic change, sometimes called “Eek,” allows the virus to spread even among vaccinated people.

(Scientists use the Greek alphabet to name variants of concern.)

“The ‘D’ in delta stands for ‘different’ and a ‘detour’ to a different genomic mutation path,” Topol said. “But it doesn’t mean ‘doom,’” he said, noting that existing covid vaccines remain mostly effective against the delta variant.

Vaccines protect people from covid by providing them with antibodies that attach themselves to the spike protein, preventing the virus from entering cells. By dramatically reducing the number of viruses that enter cells, vaccines can prevent people from developing severe disease and make them less infectious to others.

Delta does share mutations with other successful variants. Like all the identified variants in circulation, delta contains a spike mutation called D614G, sometimes known as “Doug,” which became ubiquitous last year.

Scientists think Doug increases the density of spike protein on the surface of viral particles and makes it easier for the virus to enter cells.

Delta also has a spike mutation called P681R, which closely resembles a mutation in the alpha variant that appears to produce higher viral loads in patients, Cooper said. People infected with delta have 1,000 times more virus in their respiratory tract, making them more likely to spread the virus when they sneeze, cough or talk.

The P681R mutation, also found in the kappa variant, is located at the beginning of a part of the genome called the furin cleavage site, Cooper said.

Furin is a naturally occurring human enzyme that gets hijacked by the coronavirus, which uses it to slice the spike protein into the optimal shape for entering the cell, Rasmussen said. The new mutation makes that sculpting more efficient, Rasmussen said.

Another delta mutation — also found in kappa and epsilon — is called L452R. Experiments suggest this mutation, which also affects the receptor-binding domain, acts to prevent antibodies from neutralising the virus, Cooper said.

These mutations appear to be more formidable as a team than alone.

The genetic changes “are certainly doing something, but why that combination makes the delta variant more fit is not entirely obvious,” Bedford said. “Putting them together seems to matter.”

Delta also has developed genetic changes not seen in other variants.

One such spike mutation is called D950N. “This might be unique,” Cooper said. “We don’t see that anywhere else.”

This mutation could affect which types of cells the virus infects, potentially allowing it to harm different organs and tissues. Mutations in this region are also associated with higher viral loads, Cooper said.

Delta also contains mutations in a part of the spike protein called the N-terminal domain, which provides a “supersite” for antibodies to latch onto the virus and prevent it from entering cells, said Dr. Hana Akselrod, an infectious diseases specialist at the George Washington University School of Medicine & Health Sciences.

Mutations in this region make monoclonal antibodies less effective in treating covid and increases the delta variant’s ability to escape vaccine-generated antibodies, Akselrod said. That may explain why vaccinated people are slightly more likely to become infected with delta, causing mostly mild illness but allowing them to transmit the virus.

Scientists say it’s impossible to predict exactly how delta will behave in the future, although Topol said, “It’s going to get worse.”

Topol noted that delta outbreaks tend to last 10 to 12 weeks, as the virus “burns through” susceptible populations.

If the United States continues to follow a pattern seen in the United Kingdom and the Netherlands, infections could rise from the current seven-day moving average of 42,000 cases to 250,000 a day. Yet Topol said the United States is unlikely to suffer the high death rates seen in India, Tunisia and Indonesia because nearly half the population here is fully vaccinated.

While some studies have concluded that the Johnson & Johnson vaccine stimulates strong and persistent antibodies against delta, a new report found that antibodies elicited by one shot may not be enough to neutralise delta. Authors of that study, from the New York University Grossman School of Medicine, suggested a second dose may be needed.

Cooper said covid vaccines offer remarkably good protection. “I will always celebrate these vaccines as the scientific achievements of my lifetime,” he said.

The best way to slow down the evolution of variants is to share vaccines with the world, vaccinating as many people as possible, Bedford said. Because viruses undergo genetic changes only when they spread from one host to another, stopping transmission denies them a chance to mutate.

Whether the coronavirus evolves more deadly variants “is totally in our hands,” Cooper said. “If the number of infections remains high, it’s going to continue to evolve.”

By failing to contain the virus through vaccination, wearing masks and avoiding crowds, people are allowing the coronavirus to morph into increasingly dangerous forms, said Dr. William Haseltine, a former Harvard Medical School professor who helped design treatments for HIV/AIDS.

“It’s getting better, and we’re making it better,” he said. “Having half the population vaccinated and half unvaccinated and unprotected — that is the exact experiment I would design if I were a devil and trying to design a vaccine-busting virus.”