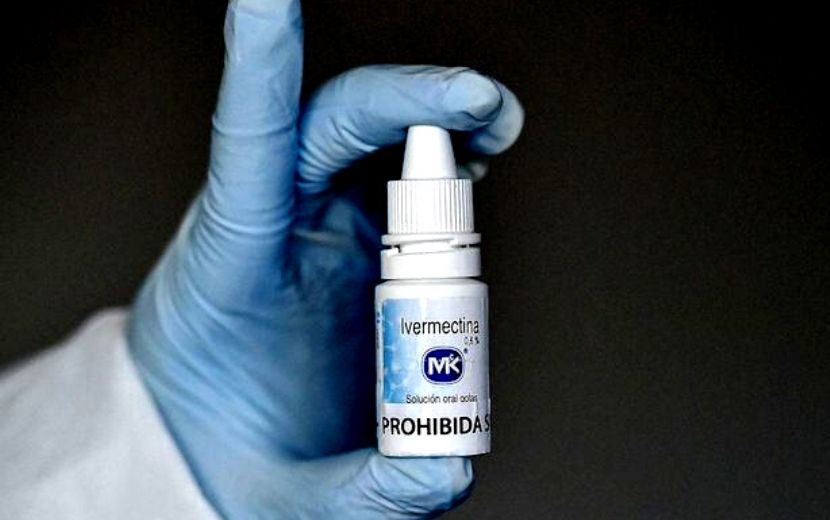 The calls of medical professionals for Ivermectin to be used for the prevention and treatment of Covid-19 have reached desperate levels. An article by Professor Colleen Aldous, published on BizNews.com this week, argued that the placement of our trust in a small group of experts who advocate against Ivermectin is being done at the potential cost of human life. Considering the devastation that South Africa has endured due to Covid-19 and the resultant lockdown regulations – it seems absurd not to explore all and any viable alternatives to Covid-19 vaccination in order to best manage the pandemic’s merciless grip. This article, written by eleven doctors and professors to the Department of Health, urges the Department to facilitate the use of Ivermectin in the public health sector. The article was delivered to President Cyril Ramaphosa’s house by Jeremy Gordon who believes that we could end the crisis of the pandemic with the use of Ivermectin as they have in Zimbabwe. – Nadya Swart

Twenty countries are using Ivermectin to treat Covid-19. They include Mexico, Guatemala, Argentina, Brazil, Bolivia, Slovakia, the Czech Republic, Portugal, Nigeria, and Egypt. In South Africa doctors are allowed to prescribe Ivermectin, but it is not being rolled out everywhere and in hospitals and clinics.

According to Jackie Stone, a doctor in Zimbabwe, since January – when Ivermectin began to be used – it has cut COVID hospital admissions and deaths over 70%.

“The death rate rose sharply in January and peaked on the 25th at 70 deaths per day. Official authorisation for the use of Ivermectin was granted on 26th January. Just one month later, on 26th February, the COVID death rate had fallen to zero”.

A meta-analysis gold standard review of 24 randomised trials conducted in 15 countries among more than 3400 people worldwide of clinical trials – just released by the BIRD group in the UK – showed that deaths are dramatically reduced when Ivermectin is administered. Published in the American Journal of Therapeutics the most rigorous statistical standards were applied by world-leading biostatistician, Mr Andrew Bryant, and medical doctor and researcher Dr Tess Lawrie. The results concluded that Ivermectin has an over 70% success in preventing deaths in hospitalised patients.

Mexico City authorities created a home-treatment-kit, including Ivermectin, for its 22 million-strong population in December 2020 and cut hospitalisations by over 70%.

The bottom line is that Ivermectin works, and it works extraordinarily well. You do not need to be a scientist to understand these numbers, as they are self-evident.

If South Africa had a policy of testing and treating – as does Mexico City, which has emptied its hospitals since they implemented it, does – and of using Ivermectin for prevention for health workers and those not vaccinated – we could end the effects of the pandemic here.

Besides cutting hospitalisations and deaths Ivermectin can also be used as a preventative. In Argentina, 788 health workers took Ivermectin weekly and 407 did not. After ten weeks, 58% of those not taking Ivermectin had become sick – but not one of those who took it became sick.

The use of Ivermectin has been restricted because the WHO says that further clinical trials are needed before they can recommend it. When asked about this, Dr Stone replied, “I find it very hard to understand how they can say that there is not sufficient evidence. There are three thousand patients plus in, I think, twenty-four trials where they demonstrate an over 75% reduction in mortality. Those figures fit exactly with what we have seen.”

Dr Tess Lawrie, one of the meta-analysis authors, in an interview with Dr. Mobeen speculated that the WHO and other regulatory agencies – which up to recently have had good reputations – may have been influenced by the lobbying of the pharmaceutical industry which is one of their chief sources of funding and which offers employment opportunities to the personnel who work in these agencies. The Emergency Use Authorisation of vaccines in the US and EU required that there was no alternative treatment available. If Ivermectin had been approved it would have been a problem to authorise the vaccines without proper trials.

The pharmaceutical industry will earn billions of dollars from vaccines and from expensive patented treatments that gives them an incentive to shape the narrative about Ivermectin to their own purposes.

The Indian Bar Association (IBA) sued WHO Chief Scientist Dr. Soumya Swaminathan on May 25, accusing her – in a 71-point brief – of causing the deaths of Indian citizens because of their misinformation about Ivermectin. The legal notice of June 13, 2021 against her states that her “misleading tweet on May 10, 2021, against the use of Ivermectin had the effect of the State of Tamil Nadu withdrawing Ivermectin from the protocol on May 11, 2021 – just a day after the Tamil Nadu government had indicated the same for the treatment of COVID-19 patients.”

In Tamil Nadu – which withdrew their plans to use Ivermectin because of Dr. Soumya Swaminathan’s tweet – deaths rose ten-fold from April 20 to May 27 in contrast to the states in India which did use Ivermectin and where hospitalisations and death rates plummeted.

On July 7, eleven South African doctors and professors signed a letter to South Africa’s Department of Health requesting that they review their evidence-based approach to enable an Ivermectin roll-out through the public health services. The Department should enable those sectors of the public health services that want to use Ivermectin to do so. Ivermectin is an inexpensive, well tested and safe medicine which could help end the pandemic in South Africa and save the country billions of rands – and perhaps hundreds of thousands of lives.