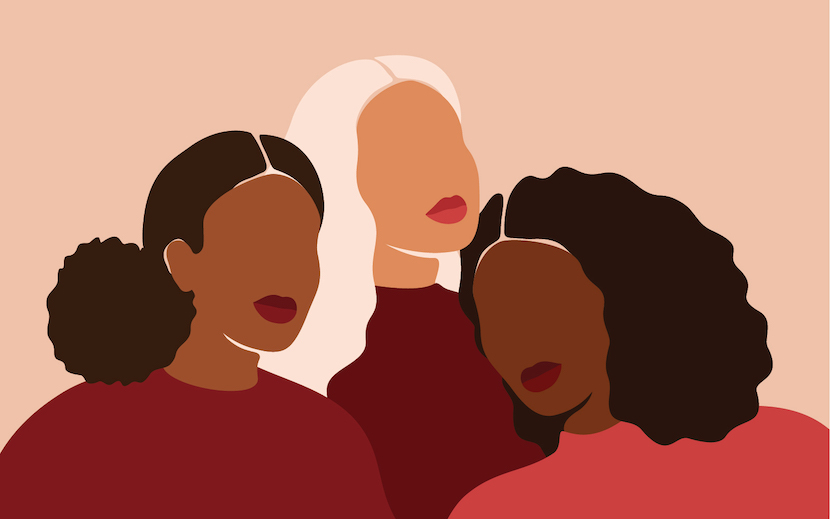 They were always right there for me, when I needed them most.

A colleague recently posted a beautiful tribute to a group of women who have seen her through the highest of highs and lowest of lows since high school and continue to be her force.

Before liking her post, I felt a tinge of envy. My friendships are often seasonal and don’t seem to last more than seven years.

But her post got me to reflect on the benefits I’ve reaped from my sisterhoods that have shaped me into the woman I am today.

I met my first real tribe as a 22-year old shortly after landing my first job as an editorial assistant/entertainment journalist. At the time, I had ‘disappointed’ my family by having a baby.

I had deviated from our shared dream of being the first university graduate in our extended family. I became a struggling single mom, broken and overwhelmed.

I met three close friends during a work trip and they instantly welcomed me to their sisterhood. Within weeks, I was an integral part of their monthly dinner outings. They introduced me to a bigger circle of friends called sechaba, which means “nation”.

These women were my warriors. They defended me first and asked questions later. They gave me courage to live life with no inhibitions.

We became travel buddies, attending music festivals around the country. I was the only mom in the group, and my son – a toddler then – had an army of aunts who doted on him.

He became ‘our’ child and often tagged along on our trips. There was no shortage of babysitters when I had to work late or on weekends.

They restored my confidence and encouraged me to get back on the dating scene. While we drifted apart over time, they have a special place in my heart.

In my early 30s I married into a traditional family and gave birth to twins. I felt I was living a double life, juggling two extremes – an ambitious professional, and a traditional Zulu wife and mother, expected to emulate the older generation of women in the clan, who never question the roles imposed on them.

I struggled to come to terms with my husband’s staunch traditionalism. He lived to please the patriarchs in his family, despite having portrayed himself as a modern professional. Another tribe of sisters swooped in, as if responding to my SOS call.

These were much older and more accomplished professional women who too had married traditionalists and had managed to strike a balance between the two polar ends, particularly the mandatory trips to rural areas for family functions.

I vividly remember the advice to take my domestic worker to assist me at the homestead during events, to pay for bulk vegetables to be peeled and diced at the store to save myself time, and to ‘bribe’ village women so I could build adequate support when executing my labour intensive makoti duties, that could easily go on for five days with limited rest.

There was lots of preparation from my tribe on how to manage the extended family’s expectations, without scaling back on my own ambitions, and mental preparation for the inevitable ‘family meeting’ presided over by his uncles.

I leaned on this group of women who on paper seemed to be leading paradoxical lives. They wielded power in the workplace and communities, yet their conduct when it came to marriage was orthodox and would vex many a feminist. I was one of them.

When I turned 40, five years ago, another form of sisterhood quietly came into my life. These were spiritual sisters who came to heal me at a time when I was unraveling.

Iyanla Vanzant’s quote: “Lives fall apart when they need to be rebuilt” best sums up what I was going through when my new tribe found me.

These sisters are much younger than me yet endowed with remarkable wisdom. They introduced me to journaling, meditation, water fasting, spiritual books, and midnight virtual prayer sessions.

From them I learned to be vulnerable, and to share my deepest flaws without fear of being judged.

As I pick up the pieces and forge forward, I am stronger and wiser because of these tribes of sisters who found their way into my life at the perfect time, served a purpose, and quietly exited once the lessons had been learned.