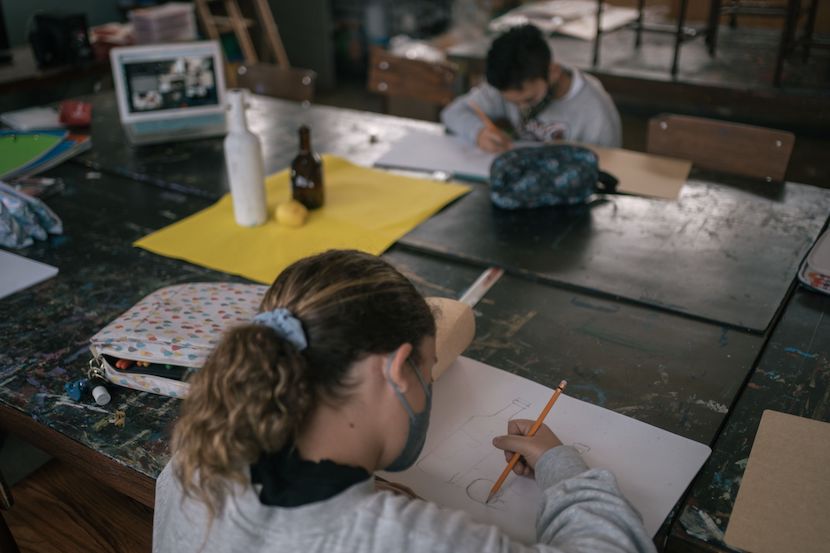 Critical Race Theory (CRT) has sparked debate in schools all over, with the controversial ideology causing outrage with parents of impressionable children. As Sara Gon writes below, CRT “holds that every society is divided into two absolute and unbridgeable, racially-determined groups. The first is black: its members are permanently disadvantaged victims of a society which is set up to enforce black poverty and underdevelopment. The second is white: its members are permanently privileged and perpetrate various crimes against the black group in order to secure their unearned privilege and maintain black poverty”.  A piece published in The Wall Street Journal describes it as a radical ideology that uses “race as a means of promoting moral, social and political revolution”. In the US, parents are opposing the theory in schools, with legislators in over 20 states proposing (or exacting) legislation to “stop public schools from promoting such things as collective guilt”. The author of the below piece notes that while it’s more prevalent in SA’s private schools, it is starting to “emerge” in government schools. Gon outlines a number of instances where Critical Race Theory has been used. Gon, however, notes that the examples of CRT are ones that “we have either heard about or been asked about”.

Not for schools to decide what political philosophy children adopt

The IRR formally launched the website ‘Educate don’t Indoctrinate’ (Edonti) on Friday 20 August as a resource for parents, teachers and students, to inform them about Critical Race Theory (CRT), how to recognise it and how to respond to it. Through the site we also offer talks, presentations and circumstance-specific advice.

CRT theory holds that every society is divided into two absolute and unbridgeable, racially determined, groups. The first is black: its members are permanently disadvantaged victims of a society which is set up to enforce black poverty and underdevelopment. The second is white: its members are permanently privileged and perpetrate various crimes against the black group in order to secure their unearned privilege and maintain black poverty.

CRT also applies, though to a lesser extent, to issues of gender, women, sexual orientation, the disabled and other minorities. The inversion of the meaning of language and the adoption of ‘equity’ to mean the achievement of the equality of outcomes, point to a theory that, although it has ‘social justice’ as its aim, is just political indoctrination towards socialism. What we associate with ‘wokeness’ and ‘political correctness’ is suffused into the application of CRT.

Its origins lie in American academia and it is based on America’s 200-year history of slavery and its consequences. CRT has evolved in a country where blacks represent about 13% of the population and whites a majority (although ever shrinking).

Like much American academic theory it is being imported into South Africa wholesale, and although we come from an unimaginably cruel past, it is not the solution to race relations in a society where 90% of citizens are black and under 10% white.

Some comments in response to our site launch ask whether CRT actually exists in our schools. It does and although our early experience suggested that it was a private-school phenomenon, it is also emerging in government schools.

We have been made aware of about seven schools which are taking up CRT to a greater or lesser extent. Generally, teachers are not adherents of CRT, but fear losing employment if they challenge it.

We set out some examples of CRT that we have either heard about or been asked about.

School #1 has an ‘Anti-discrimination Policy’ which states: ‘Saying that you “don’t see colour” is an example of racial discrimination.’ ‘Not seeing colour’ is seen in the CRT context as being opprobrious since seeing colour is exactly what CRT determines a person must do. The contortion of logic required to regard ‘not seeing colour’ as a racist sentiment, rather than the CRT obsession with skin colour, is deeply counterintuitive. The school goes so far as to categorise the comment as ‘hate speech’.

‘Not seeing colour’ is not usually used literally; it simply means that a person doesn’t consider the colour of another person’s skin in interacting with them.

At school #2 the students are prohibited from using the word ‘monkey’ at all even though there are monkeys living in the vegetation around the school. They should rather refer to ‘vervets’. At the same school teachers may not address the students as ‘girls’.

School #3 is a school founded and run according to the precepts of a particular religion. Demands are being made to minimise if not desist from the particular ethos and replace it with ‘social justice’ and ‘inclusion’.

A review of the school’s practices found that interaction between students is racially divided. The review didn’t delve into the reasons for these divisions. Is it a natural division? Is it one engendered by one race or another? Is it possible that the long-standing, active addressing of issues of transformation and diversity are not constructive, but rather destructive of healthy interaction? Are the races so aware and self-conscious of potential racism that separation has grown rather than decreased?

School #4 is also a school based on a religious ethos. The school was made aware of anonymous social media messages accusing teachers of racism. These messages threatened to destroy careers, yet no disciplinary action was taken against the students who could be identified, and nor were formal complaints lodged by the students. Nevertheless the teachers were suspended for months before any disciplinary action was taken against them and seven weeks before the charges were provided.

School #5’s transformation programme included the separation of black and white students. The white students have been expected to consider their ‘white supremacy’ and ‘white guilt’. Creepily, they are required to think about their racist thoughts and commit them to writing. It fits the CRT playbook that students are expected to develop guilt for the actions of some white people’s misdeeds in history. This is irrespective of whether their individual experience is in any way relevant to their forebears or their skin colour.

Disturbing has been the school’s recourse to a book as a textbook called Me and White Supremacy by Layla Saad. We will discuss this book in more detail in a later article, but it’s worth noting some of the observations Saad makes:

The above examples point to a cult which brainwashes the target into accepting guilt, but with no possibility of redemption.

The school’s workbook, which is based on Saad’s book, holds that ‘(this) workbook is for any person* who holds white privilege**.’

School #6 has a hair policy that provides for a prohibition on the ‘cultural appropriation’ of hair styles.

School #7 which, when faced with one act of racism by a student, brought ‘consultants’ in to coach all the students. The children were separated by race and a consultant presented views on ‘whiteness’ to the white children. The views of the consultant reflected in some of her writings include statements that ‘South Africa’s rainbow nation is a myth that students need to “unlearn”,’ and that the ‘Democratic Alliance’s Federal Chairman, Helen Zille, should have been jailed for her tweets’.

The school set up a group for parents ‘to create a safe space to share knowledge, facilitate conversations and build relationships and sense of belonging’. The principal advised the parents who had complained about CRT in the school, that he had decided that they weren’t invited to join the group ‘until we feel that you are wanting to come on board to hear/listen and be heard’.

The first group newsletter recommends a podcast by Eusebius McKaiser, and the books White Fragility by Robin DiAngelo and I’m still here – Black Dignity in a world made for Whiteness by Austin Channing Brown.

In 2020 an advert for a history teacher required applicants to teach from a ‘decolonisation perspective’.

CRT is in our schools and, given that its ultimate aim is to overthrow capitalism to create a Marxist state, such indoctrination must be resisted. It is not for schools to decide what political philosophy children adopt.