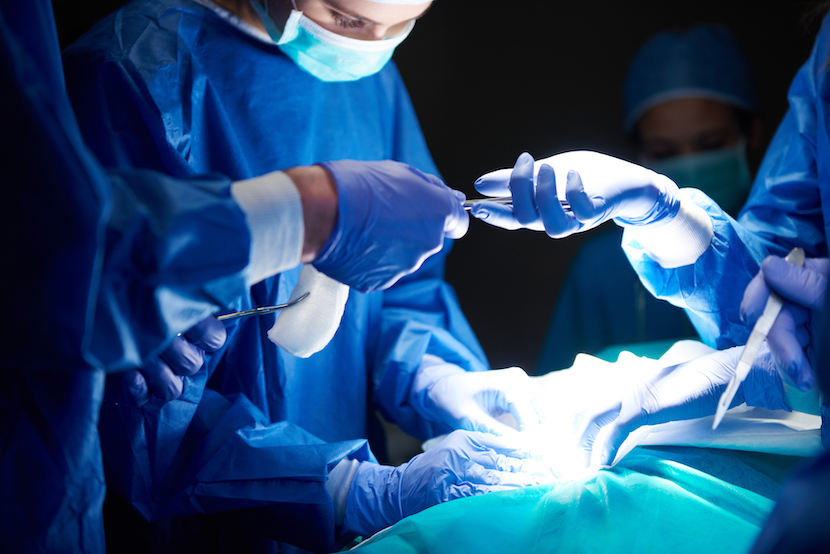 National Health Insurance is a contentious issue in South Africa. Also known as the NHI, it would give the government control over healthcare in the country. The IRR’s Anthea Jeffery has written extensively on the subject, noting that “this is to be achieved by bringing private providers under comprehensive state control, regulating all medical schemes into bankruptcy, and leaving the country (in the words of former health minister Dr Aaron Motsoaledi) with a single ‘giant state-run medical aid’: the NHI Fund.” Below, John-Kane Berman looks at how plans for NHI may have been damaged by the Digital Vibes scandal. The former IRR CEO also looks at opponents to the proposed government scheme and ends off with four essential points. “Even if the ANC cannot be persuaded to abandon its NHI plans, implementation thereof can be delayed. Preferably indefinitely. Or until the ANC no longer has the parliamentary numbers to enact the necessary constitutional amendments.” Listen below to a BizNews interview with the FMF’s Chris Hattingh on National Health Insurance. – Jarryd Neves

We now know how National Health Insurance will work

Following publication last week of the Digital Vibes report, the acting director general of health, Nicholas Crisp, was asked whether that scandal had damaged the government’s plans for National Health Insurance (NHI).

‘It doesn’t deter us from the solution,’ Dr Crisp was reported as having replied. ‘It may impact on the debate in parliament and may influence how they may want to reformulate what is in the [NHI] bill. But from an implementation perspective, we think it is still a good idea and the best way to get services to people.’

Anyone who has any understanding of the African National Congress (ANC) knows that Dr Crisp is wrong in claiming that NHI is the best way of getting services to people. Unfortunately, he is undoubtedly correct in stating that the ANC will press ahead anyway.

This is a threat, but also an opportunity. Ever since the ANC mooted its establishment, various groups and individuals have subjected NHI to scrutiny and opposition on a range of different grounds.

The report of the Special Investigating Unit (SIU) into the Digital Vibes affair can now be exploited to mobilise even more opposition to the NHI by repeatedly warning the public that it will also be plagued by ‘gross misconduct, dereliction of duty, and negligence’, along with ‘irregular, fruitless, and wasteful expenditure’, and even ‘fraud’.

This is now the standard package that comes with the ANC, along with cadre deployment, racial quotas, nepotism, and corruption. A few people might be prosecuted, but there is no reason to believe that the ANC’s modus operandi will change in any fundamental way.

The couple of hundred million rand involved in the Digital Vibes saga will seem trivial when compared with the countless billions that will attract would-be looters to the vast bureaucracy the NHI will put in place all over the country.

The opportunities to expand the circle of NHI opponents are there for the taking by opposition parties, the communications media, non-governmental organisations, think-tanks, medical professionals, and also the various components of the private healthcare industry.

Some members of this last constituency have been cautious in what they have said in public. Business is usually reluctant to criticise government. Some companies see NHI as a business opportunity. Some no doubt believe they can help to make it work more efficiently. Some may see it as inevitable and that they should now position themselves to make the most – and the best – of it.

Fair enough. But the Digital Vibes scandal is only the latest in a whole series, dating back to the arms deal announced in 1999, that testifies to the corruption that is now so deeply ingrained in the ANC that so many of its politicians and officials automatically look for looting opportunities the moment they get into positions of influence or power. When it comes to helping themselves, they cannot help themselves.

The NHI is supposedly about healthcare, but it is really about political control. We know this because it is what the ANC has told us. Capture of all centres of power through cadre deployment is one of the components of the National Democratic Revolution to which the ANC and its communist allies are committed. Antipathy to private property ownership is another component, as is clear from plans to amend the Constitution to augment the ANC’s powers of expropriation.

The question, as always, is how to thwart these objectives.

So far the opponents of expropriation without compensation, the Institute of Race Relations (IRR) prominent among them, have been quite successful in fighting what has been essentially a rearguard action against expropriation. Public education, political lobbying, submissions to parliamentary committees, procedural and constitutional challenges, and challenges to business have been among the tactics used as part of a wider strategy to prevent the state from empowering itself to confiscate private property.

NHI warrants similar opposition, using similar tactics. Four essential points should be borne in mind. The first is that NHI is unaffordable. The second is that the ANC is incapable of running a national health insurance system anyway. It is too incompetent, too contemptuous of accountability, and too stewed in corruption.

The third is that NHI is an ideological project. If the ANC’s real concern was healthcare, it would long ago have fixed the problems in the public health sector. That remains the central challenge, which the ANC should not be permitted to shirk by a propaganda offensive against the private sector.

Recognition that NHI is ideologically motivated, rather than by any serious concern for the poor and the sick, will enable private healthcare companies to avoid making the mistake of saying ‘we support NHI, but…’ This is a trap, because it shifts the debate on to the grounds chosen by the ANC: that private health must be destroyed rather than public healthcare fixed.

The fourth is that even if the ANC cannot be persuaded to abandon its NHI plans, implementation thereof can be delayed. Preferably indefinitely. Or until the ANC no longer has the parliamentary numbers to enact the necessary constitutional amendments.