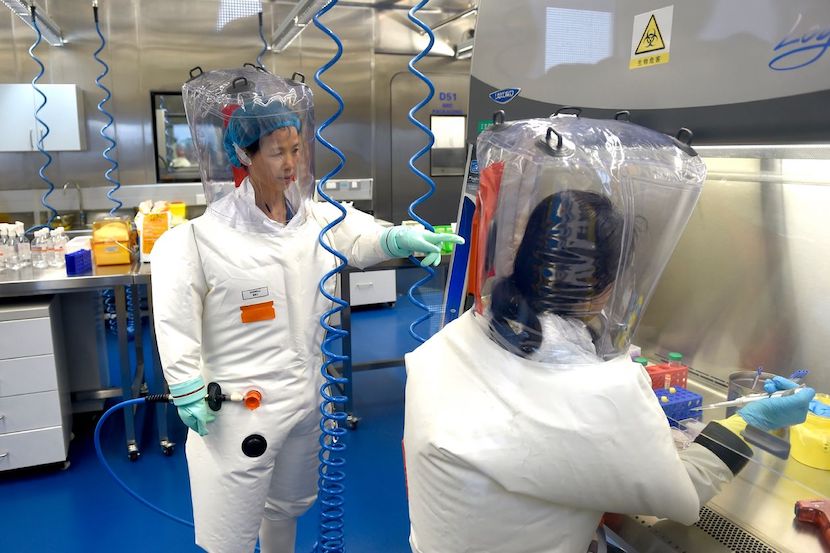 Ever since Covid-19 stretched across the globe, many have wondered where the virus originated. Initially, a World Health Organisation (WHO) investigation said that the most likely origin of the respiratory virus was that it transferred to humans through bats, “with an intermediary host.” The second theory was that bats had transmitted Covid-19 directly to humans. Since then, a previously undisclosed file from the US revealed a report which documented sick lab workers in Wuhan. Three of them – researchers at the Wuhan Institute of Virology – fell sick and needed medical care for symptoms consistent with the virus. Our partners at The Wall Street Journal reported that the science points toward a lab leak, noting that “the Covid-19 pathogen has a genetic footprint that has never been observed in a natural coronavirus.” As Professor Miller and Dr Quay state below in this opinion piece, Chinese scientists began the search for a host early in 2020. Over 80,000 animals – from 209 species – were tested, including wild, domesticated and market animals. “As the WHO investigation reported, not a single animal infected with SARS-CoV-2 was found. This finding strongly favours the lab-leak theory.” – Jarryd Neves

Science Closes In on Covid’s Origins

By Richard Muller and Steven Quay

Where did Covid-19 come from? The answer can be found in the SARS-CoV-2 virus itself. To get to the truth, we need only unleash the power of science.

Based on experience with SARS-1 in 2003 and MERS in 2012, we know that many people are infected by a host animal long before a coronavirus mutates to the point where it can jump from human to human. An extensive data set from late 2019—more than 9,000 hospital samples—is available of people exhibiting flulike (thus Covid-like) symptoms in China’s Hubei and Shaanxi provinces before the epidemic started. Based on SARS-1 and MERS, the natural zoonotic theory predicts 100 to 400 Covid infections would be found in those samples. The lab-leak hypothesis, of course, predicts zero. If the novel coronavirus were engineered by scientists pursuing gain-of-function research, there would be no instances of community infection until it escaped from the laboratory. The World Health Organization investigation analyzed those stored samples and found zero pre-pandemic infections. This is powerful evidence favoring the lab-leak theory.

Within months of the SARS-1 and MERS outbreaks, scientists found animals that had hosted the viruses before they made the jump to humans. More than 80% of the animals in affected markets were infected with a coronavirus. In an influential March 2020 paper in Nature Medicine, Kristian Andersen and co-authors implied that a host animal for SARS-CoV-2 would soon be found. If the virus had been cooked up in a lab, of course, there would be no host animal to find.

Chinese scientists searched for a host in early 2020, testing more than 80,000 animals from 209 species, including wild, domesticated and market animals. As the WHO investigation reported, not a single animal infected with SARS-CoV-2 was found. This finding strongly favors the lab-leak theory. We can only wonder if the results would have been different if the animals tested had included the humanized mice kept at the Wuhan Institute of Virology.

A coronavirus adapts for its host animal. It takes time to perfect itself for infecting humans. But a pathogen engineered via accelerated evolution in a laboratory using humanized mice would need no additional time after escape to optimize for human infection. In their Nature Medicine paper, Mr. Andersen and colleagues pointed to what they considered the poor design of SARS-CoV-2 as evidence of zoonotic origin. But a team of American scientists mutated the stem of the coronavirus genome in nearly 4,000 different ways and tested each variation. In the process they actually stumbled on the Delta variant. In the end, they determined that the original SARS-CoV-2 pathogen was 99.5% optimized for human infection—strong confirmation of the lab-leak hypothesis.

SARS-CoV-2 contains a key mutation: the “furin cleavage site,” or FCS. This mutation is sufficiently complex that it couldn’t have been the result of spontaneous changes triggered, for example, by a mutagen or radiation. It could, however, have been inserted by nature or by humans. In nature the process is called recombination—a virus exchanges chunks of itself with another closely related virus when both infect the same cell. The National Institutes of Health database shows no FCS in more than 1,200 viruses that can exchange with SARS-CoV-2.

As the Intercept recently reported, a 2018 grant proposal—written by the EcoHealth Alliance, a U.S.-based nonprofit, and submitted to the Defense Advanced Research Projects Agency, or Darpa—contained a description of proposed experiments that would involve splicing the FCS sequences into bat viruses so a research team could look for changes in infectivity. Darpa opted not to fund the grant, but the absence of the FCS in related coronaviruses, together with the apparent desire and capability of scientists to make such an insertion, strongly argues in favor of the laboratory origin thesis.

Based on the scientific evidence alone, an unbiased jury would be convinced that SARS-CoV-2 coronavirus escaped after being created in a laboratory using accelerated evolution (a k a gain of function) and gene splicing on the backbone of a bat coronavirus. Using standard statistical methods, we can quantify the likelihood of the lab-leak hypothesis compared with that of zoonosis. The odds enormously favor a lab leak, far more significantly than the 99% confidence usually required for a revolutionary scientific discovery.

The WHO is launching yet another investigation. Why? The studies have been done. The research exists. As in Edgar Allan Poe’s “The Purloined Letter,” the crucial evidence is already in plain sight, if only they would look. Let China keep its firewall of secrecy; a suspect who refuses to testify can still be convicted. We have an eyewitness, a whistleblower who escaped from Wuhan and carried details of the pandemic’s origin that the Chinese Communist Party can’t hide. The whistleblower’s name is SARS-CoV-2.

Mr. Muller is an emeritus professor of physics at the University of California, Berkeley and a former senior scientist at the Lawrence Berkeley National Laboratory. Dr. Quay is founder of Atossa Therapeutics and a co-author of “The Origin of the Virus: The Hidden Truths Behind the Microbe That Killed Millions of People.”