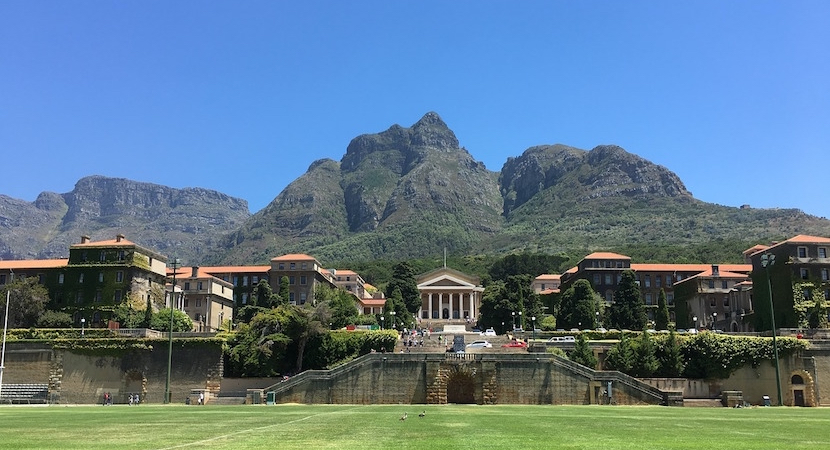 Retired anaesthetist and advocate, William Gild and his family have a long history of study at the University of Cape Town (UCT), and thus some deep emotional investment. Which adds value to his review of former philosophy department head, Professor David Benatar’s meticulously researched book entitled, The Fall of the University of Cape Town. There’s hardly a South African with any tertiary education who was not mesmerised, horrified and/or outraged by the nation-wide campus protests that ensued, varying in intensity from 2015 to 2017 and forever changing the education landscape. They involved billions of rands of destruction, arson and, worst of all, were directly linked to the suicide of one of the world’s leading cardiologists, UCT’s deeply sensitive and selfless Professor Bongani Mayosi. UCT’s vice chancellor at the time, Professor Max Price, chose appeasement, seemingly overlooking the anarchy to enable students to complete the academic year. It’s required induction reading for any prospective university student and stands alone as a potent distillation. This article was first published on Politicsweb. – Chris Bateman

The Fall of UCT: A review

William Gild writes on David Benatar’s new book on what has been happening at the university.

South African universities were roiled by widespread student protests in the years 2015 through 2017, resulting in major disruptions to academic programmes, repeated shuttering of several institutions, and significant infrastructure damage.

The protests began at the University of Cape Town (UCT) and spread rapidly to other campuses across the country.

It was a period of intense and bitter contestation. Aside from near-continuous press (online, print and TV – domestic and international) coverage, acrimonious debate filled the airwaves and press.

Only one book dealing with a specific university leadership’s approach to, and handling of, the protests has been published – Rebels and Rage, by the then University of Witwatersrand Vice-Chancellor, Professor Adam Habib.

A coherent, unified account, under one cover, of what occurred at UCT (the oldest institution of higher learning in South Africa, and the highest-ranked university on the continent) has been conspicuously absent.

Professor David Benatar (Professor of Philosophy, and head of the Department of Philosophy at UCT from 2005 to 2018) has filled this void with his recently published The Fall of the University of Cape Town: Africa’s Leading University in Decline.

Following an exhaustive Introduction, which in essence provides a “roadmap” of what follows, the following 22 chapters deal with specific issues/events that characterised both what occurred, and UCT leadership’s tactical response(s).

Each chapter deals with a discrete topic/related series of events, and many begin with an already-published article by Benatar. Amongst – but by no means all – the topics covered are:

(1) the protests at UCT and that institution’s (ultimately ineffectual and pandering) attempts to contain the violence and ensure the completion of the 2016/2017 academic years;

(2) UCT’s desperate decision to negotiate with a clutch of unrepresentative student “leaders”, following which the risible “November 2016” agreement (multiply violated by the student signatories to the agreement) was inked;

(4) the suicide in July, 2018, by the then Dean of the Faculty of Health Sciences, Professor Bongani Myosi, and its context within the broader picture of the protests;

(5) imposition of limits on academic freedom and freedom of expression with regard to the disinvitation – by Max Price, then Vice-Chancellor – of a TB Davie Memorial Lecture invitee;

(6) protracted and multiple conflicts with regard to the selection of several senior-level academic and executive appointments, and

(7) the complex – and related – issues of transformation and decolonisation.

The more chilling chapters deal with the conduct of Chumani Maxwele (and UCT’s ultimately futile attempts at dealing with this individual’s behaviour), and the years-long, sometimes violent, campaign of intimidation against David Benatar and his department by one of Professor Benatar’s former students and others.

There are several instances of repetition throughout the book. These ought not to distract from the overall course that the book navigates, as some repetition is unavoidable, since several of the dramatis personae appear multiple times in different contexts

While most of the book deals with events during the period 2015 – 2017, David Benatar expands has analysis through late 2020, as much of what transpired during the years 2018 – 2020 relates to the protest years.

Throughout, David Benatar’s style is one of careful and painstaking analysis, rather than that of polemical argument. His writing is clear and as easily accessible to the “lay” reader as it is to the academic.

It is a monumental work – in excess of 400 pages, excluding appendixes, timelines, notes (over 50 pages) and index – excruciatingly detailed, meticulously referenced, and the product of years of careful recordation, concluding with the careful integration of a huge volume of information into a finely crafted volume.

Overall, The Fall of the University of Cape Town, is a masterful and timely recounting of the path UCT has trodden from early 2015 through late 2020. That the path is a perilous one is undoubted, as is the fact that its trajectory appears unrelenting. Where the path ends is unknowable, of course. Whether the university will change direction in the future is, likewise, unpredictable.

This is a compelling book: thoughtful, fact-based and chilling. What Benatar’s account portends for the future of UCT, nay, higher education in South Africa generally, is grim, and with that, the future of our young democracy.

The reviewer cannot but commend Professor Benatar’s fortitude and courage in undertaking this work.

The Fall of the University of Cape Town is a must-read for anyone concerned about (or, planning on embarking on tertiary education in South Africa) the rule of law, freedom of expression and association, and the quality and integrity of both faculty and university leadership going forward.