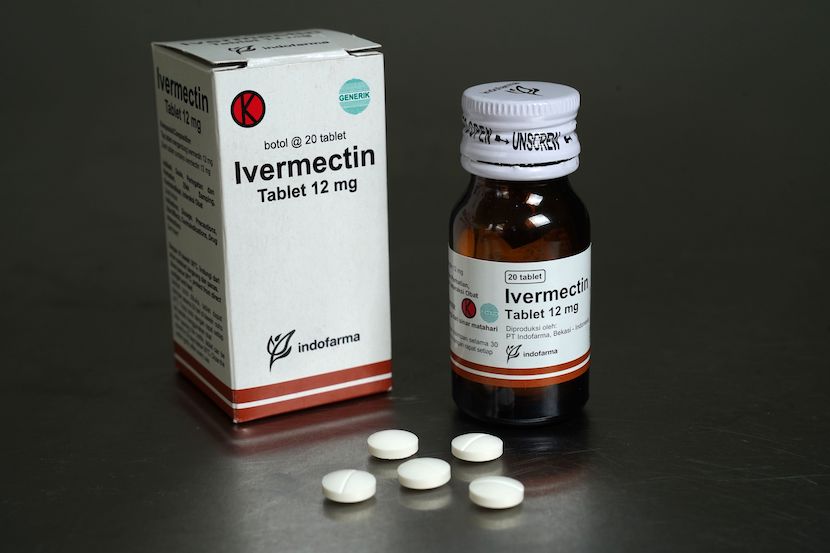 The article was first published on 11 February 2021

Mountain Valley MD, listed in Canada and Germany, says it has patented the ‘Holy Grail’ for pharmaceutical companies – the improved solubilisation of drugs. It has developed a tablet that dissolves easily, with a fraction of the dose, of wonderdrug Ivermectin. Ivermectin is seen by many as the drug to stop Covid-19 in its tracks; Mountain Valley MD is involved in the largest human trial on earth. A world shortage of Ivermectin has developed, with prices shooting up 2000% as more people become convinced of its anti-Covid benefits. Mountain Valley MD spoke to BizNews about a way to clear Covid-19 faster than any drug on earth. This application is on the whiteboard list for trials in treating cancerous tumours. – Jackie Cameron

Our company has some technology that simply takes world class drugs and makes them more effective. Some of the latest breakthroughs that we have include a solubilisation of ivermectin. Ivermectin is a broad therapeutic that’s starting to get a lot of traction with Covid-19, as a therapeutic. What we’ve been able to do is take a very insolubilised drug and make it incredibly solubilised. In this particular case, the viscosity of water.

MVMD follows science. We have been monitoring the explosion of clinical data & global studies that demonstrate the efficacy of #Ivermectin as a therapeutic for #COVID19. Our work is not governed by which drugs and vaccines generate the most profits. @Merck #mvmdmovesfaster

Ivermectin is broadly distributed for human use in a tablet form. It’s an oral dissolved tablet, usually in increments of three milligram doses. What’s unique about ivermectin, [is that] it was originally a husbandry animal category drug. It’s huge in veterinary, as its anti-parasitic properties are very strong and proven. It’s a wonder drug that was invented back in the 80s and it’s had billions of doses administered globally.

Its safety data is well documented. What we’re seeing now is a shrinking supply of ivermectin, given the parallel trials that are coming online. Over here in North America, there’s organisations dedicated to putting human trial data out front and public against some pretty impressive studies.

The details are in the data if you know where to look. Data analysis by @jjchamie is proving once again a correlation between #ivermectin treatment & a drop in #covid19 mortality rates. #followthescience https://t.co/F5dS3suKbH

Our solubilised ivermectin is the first of its kind in the world. Essentially what we’ve done is taken a very poorly soluble drug and made it 5,000 times more soluble. What does that mean? Well, now we’re able to lay it into some of our rapid dissolve technologies. So imagine just a little, Chiclets size piece of gum, if you will, that goes in your mouth and dissolves in under 30 seconds.

On whether ivermectin could be the drug to help get rid of Covid-19:

Yeah, and there’s a mountain of information coming fast. Lots of early skepticism as you start to peel it back on what is ivermectin [and] what it does. The reason it’s not popular in the pharmaceutical applications versus vaccines is frankly – it’s a generic drug. It’s pennies to make. It’s very inexpensive. In the boardrooms of most pharma companies, they’re not pursuing generic drugs because they’re just not profitable.

We very comfortably made statements recently that our pursuit is in human and animal health. It’s not driven by which drug is the most profitable. We believe there’s a great human benefit and you can still do it profitably by making world class drugs better. A world class drug isn’t defined by how much it sells for. It’s how effective it is.

There’s an advocate that I’m a big fan of. Dr Pierre Kory, who heads up some work at the FLCCC – which is an organisation of very talented doctors. They are what I’d say, the world leaders on driving the collection of data on human trials and the efficacy. I even saw something they put out just before Christmas, that the odds of ivermectin being ineffective to treat Covid-19 is one in 67 million – and that’s just ramping up.

We’re layering on all sorts of data since that point. The naysayers are usually driven by a political bent and not open minded to the safety data. This drug has been in circulation since the 80s. It’s been administered billions of times across humans and animals.

Only good stories about people who had Covid that took this…interesting re: cancer….but of course pharma co will not like this…

On whether the world will see the drug this year:

Absolutely. There is no reason why that data can’t catch up. So somewhere like Africa as well, they would be much more acceptable to the current safety data as well. I don’t want to say just because they have lower thresholds, but candidly, the FDA and work in Canada – they’re just more difficult markets, very litigious environments.

All of that stuff is more complex. There’s no doubt that the solubilisation technique that we have, could easily come to market within a time frame that you’re suggesting. We could apply for emergency use authorisation with very senior health leaders inside of Africa.

There’s nothing that would limit us our ability. We’re already working towards the ramp up of all that, because even the work we’re doing under a GLP environment – just to produce stuff for our trials – we’re already figuring out that scale in that production, as you would expect. We would be honoured to be able to go into those meetings, and start to present how this can help a very disadvantaged continent.