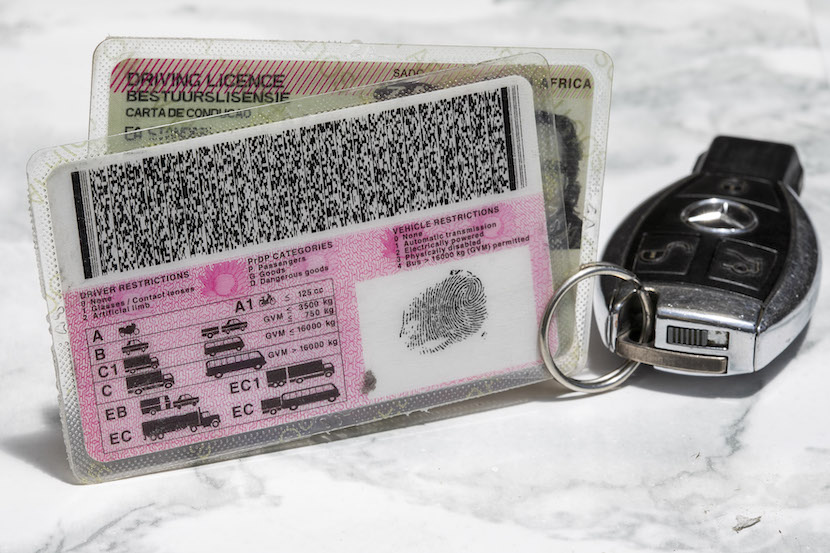 After complaints from many OUTA members, Wayne Duvenage’s organisation took a close look at the reasons for the delay in the issuing of an estimated half a million driver’s licences. The investigation exposed a money-making racket at a government department – where officials are more interested in raking in cash than serving the public – with disastrous consequences as the ancient machine that produces the cards has broken down. – Alec Hogg

Wayne Duvenage on the 10-year licence renewal plan to have immense benefits for SA Government and citizens:

It goes back to last year and even before last year when the whole driver’s licence, queuing and booking system became a debacle. It became quite problematic for people to get their licences, particularly in Gauteng and I think KZN was also a problem. We got involved because this is pure maladministration with inefficiencies within government. Our supporters were calling on us to assist and do something about it. We play in the transport space quite a lot, from e-tolls and long-distance tolling to R2. And this was going to have an impact on the R2 as well. I guess it started there; by us engaging with the authorities and trying to get them to up their game and sort these problems out. This has gone around and around in circles. One of the things we decided to do was research what the norm is in other parts of the world. We found that 10-year renewals is a norm in many countries, and it’s something we should consider. So, we wrote to the Minister of Transport suggesting this. We also found that in 2013, under Dipuo Peters who was the Minister of Transport at the time, this had already been approved … to have the renewal period every 10 years and not every five. As you can imagine, that will be an immense benefit to not only the government, but to society, to citizens. There is no need to renew every five years other than to update your photograph, which is very easy to do in an online space. To do so every 10 years makes a lot more sense. However, this decision was rescinded and we believe that is because they were going to lose a lot of money. That is the real crux of the issue here. Is this about making money? Or is this about creating efficiency within a state? We believe this Department of Transport is not invested in its people and what is best for the country, but rather in what is best for itself, its cronies and its internal empire-building. We have had to get a lot more involved and to up the ante on this issue. Then lo and behold, in November, the driver’s licence machine broke down, the only one the department has. Now there is another backlog and this is just going from a mess to a disaster.

On the estimated number of people waiting to renew their licences:

The backlog in issuing licences is something between 400,000 and 500,000 and there are those whose licences have been approved. They have done all the paperwork up until November but are unable to get their licences because the machine cannot print them. So, they have a licence but if they get stopped by the traffic police, they can only produce their old one. We think the police are going to be understanding and they have been but this has been a debacle. This is how it impacts the space of policing and ensuring road safety takes place and people are properly licensed. They cannot do their jobs properly because they just don’t know whether people have licences or not.

On the Department of Transport being a money-making empire:

We are unpacking reports and have found some very interesting stuff. It is a small department; it doesn’t need a lot of people but there is a little empire. It seems to be making quite a lot of money and there are surpluses there. What is interesting is the massive increase in depreciation. This would indicate that the department has bought equipment over the last couple of years: desks, furniture and computers or something. We need to look into that. What is going on in this department? It is similar to the RTMC, the Road Traffic Management Corporation. Again, a money-making empire that is going out there to do as much as it can to make more money instead of making life more efficient for its citizens. For instance, if you want to renew your car or driver’s licence, if you go into the office, it is cheap but if you want to do it online, it will cost you R700. That is the reverse of what happens with normal businesses. Can you imagine a bank charging you more to go online and trying to encourage people to go into the bank to do their transactions? It doesn’t work like that in the world but at the Department of Transport, it appears to be the norm.

On when the department plans on putting new equipment in place:

We have nothing. We have written to the department and asked them to be a bit more citizen-centric, to keep the society informed of what is going on. Do they have a new machine? Will the current one be fixed? What is going on? Just tell us so that we can all understand the plan and strategy to fix this. Otherwise, they leave too much up to speculation and the government’s credibility goes out the window when that happens. Of course, this department’s credibility has been shot for a long time but they are doing themselves no favours by not trying to improve that. So, the short answer is no, we don’t have any idea of what is going on or when it will be fixed.