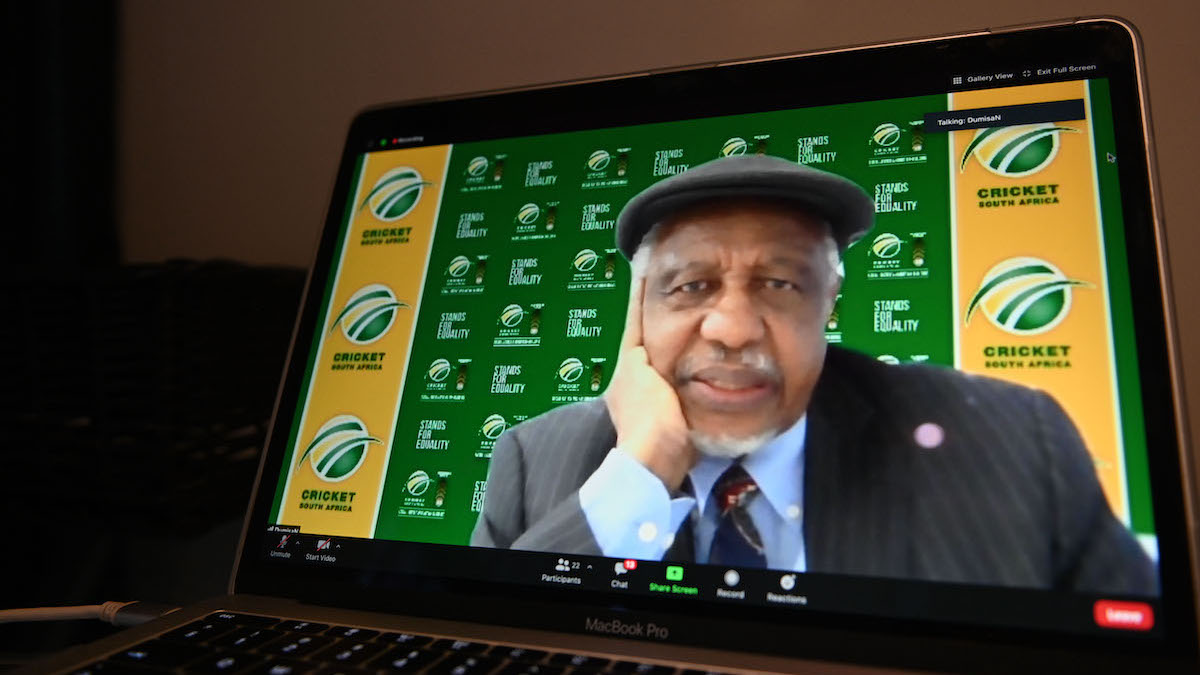 The Cricket South Africa findings involving Mark Boucher and Graeme Smith – which arguably have some redeeming features – are a classic example of wokeness gone wrong. More importantly, however, it is wokeness in service of political agendas. Now, where have we seen that before? When the injured party (Paul Adams), offers forgiveness and wants to move on, those intent on furthering their own narrow political agendas hit the pause button to delve into the dark entrails of the incident. This causes irretrievable damage to those accused and aggravates existing racial tensions. In South Africa, having the shroud of racist behaviour thrown over you is the kiss of death. Apology, genuine contrition and context are of little consequence. This kind of wokeness would invoke sainthood were it not politically driven. Story courtesy of the Daily Friend. – Chris Bateman

No forgiveness in the social justice warrior world

Cricket South Africa launched a very 2020’s style of problem-solving by setting up a Social Justice and Nation Building Commission to investigate allegations of racism in cricket.

Advocate Dumisa Ntsebeza SC (see photo) was charged with the task and it was intended to be public, which it was. The problem with social justice processes is that they often don’t have the just outcomes they envisage.

A serious problem in this case is the reputational damage such processes do to the accused, even if they are acquitted in formal hearings conducted in terms of law.

Another problem is that the CSA is seen to be indulging in a public witch-hunt, and thereby burnishing its credentials by virtue signalling in dealing with the scourge of racism. They know the mere allegation of racism will bring down those who are accused of it, and humble them.

If the commission had quietly gone about its business and put its findings confidentially to CSA, CSA would then control the processes that would follow and hopefully would determine which had merit and which not.

By being forced to challenge Advocate Ntsebeza’s findings that they had committed racism, Graeme Smith and Mark Boucher were compelled to invoke the formal process of arbitration to clear their names. Smith was found not guilty and Boucher’s charges were withdrawn because witnesses necessary to support the allegations of racism would not testify.

Boucher said: “The allegations of racism which were levelled against me were unjustified and have caused me considerable hurt and anguish. The last few months have been extremely difficult to endure for me and my family.”

Former CSA president Mtutuzeli Nyoka, whose tenure coincided with Smith’s and Boucher’s ascendancy, expressed “utter sadness” at what he believes was a predictable outcome.

“It’s true that the withdrawal has been confirmed, but the damage to Mark is done,” he told Sport24.

“What we needed to accept from the outcome was that Mark and Graeme – I mention them together because they were the two main targets of the saga – are heroes of the South African game. It’s a fact that matters.

“I don’t want to cross swords, but if you’re accused of racism in South Africa, it’s a tag that sticks to you for the rest of your life,” said Nyoka.

CSA chair, Lawson Naidoo, insisted that the federation had merely fulfilled its legal and fiduciary duties. “I don’t think it was a flawed process. We took legal advice right at the beginning when we were confronted with the SJN report findings,” he said.

But South African cricket is not better off for impugning the reputations of two of its greatest players. According to Sport24, Hugh Page, former national selector and member of a four-man signatory group of concerned cricket community members, including former CSA president and ICC chairman Ray Mali, were much more sceptical.

“To be honest, I’m not surprised [about the outcome],” Page told Sport24.

“It’s an absolute disgrace, inexcusable. What this withdrawal suggests is that some of the accusations have been fabricated against Mark. There was a concerted plan to work him out. I’m not in a position to pinpoint who spearheaded this, but surely heads must roll?”

However, Titans chief Jacques Faul, who was CSA’s acting CEO at the time of Smith and Boucher’s appointments as director of Cricket and coach respectively, believes such drastic pronouncements are perhaps unfair towards a board that inherited various problems.

He felt that Smith and Boucher went through hell.

“But I also believe there needs to be some sympathy for the board. Much of the problems and challenges they’re experiencing are inherited. It’s true that the Enoch Nokwe issue happened on their watch, but the impetus for initiatives like SJN was provided by their predecessors.”

Nyoka believes that the SJN process was flawed from the outset. “I made my reservations clear. I feared that the SJN would do exactly what it did: entrench the divisions that have become part and parcel of this issue.

“When it was time to move on, the SJN hearings took us backwards when the game has already made strides in terms of transformation. I find it deeply surprising that some argue nothing has been done [in terms of creating greater representation] in the game. I can tell from the start of my life in cricket in 1998, we’ve come a long way.”

To give some idea of the sort of reservations Nyoka was talking about, the 235-page finding states: “It is disappointing that Mr Boucher seems not to appreciate this salient common understanding [of racial connotations for black people]. He further goes on to proffer an apology, in paragraph 23 of his affidavit, that is buttressed by an excuse that the comments he made where (sic) within a team setting as if racism can be excused if done in a team setting.”

Ntsebeza then brings up the Penny Sparrow and Vicky Momberg cases and castigates Boucher for presenting “the ignorant and ill-considered apologies outlined above”. The ‘apologies’ referred to are the one expressed by Boucher and another from another accused employee.

For alleged transgressions that occurred over a decade ago, Ntsebeza condemns him as follows: “The fact that Mr Boucher … tried to excuse or give reasons to calling their black colleagues such derogatory terms reveals that they have not undergone diversity and transformation training or where they have, that they apathetic (sic) towards diversity and transformation.”

Ntsebeza found: “Mr Smith and CSA failed to rebut the presumption of unfair discrimination in the appointment of Mr Boucher ahead of Mr Nokwe and other similarly positioned black coaches. As already indicated in the chapter about discrimination, intention plays no part in the determination of whether certain conduct amounts to discrimination. What matters is he (sic) impact of such conduct on those affected by past disadvantages and discrimination. In this case the black coaches.”

In his arbitration Smith was only charged in the case of one coach, Mr Nokwe. The arbitrators (one black, one white) found that racism played no part in Smith’s support for Boucher over Nokwe. By the way, the senior advocate was black.

Ntesebeza rubbished Boucher’s apology, but Paul Adams accepted it. Whose forgiveness is it to give? Not Ntsebeza’s.

In the world of the social justice warriors, there is no forgiveness.