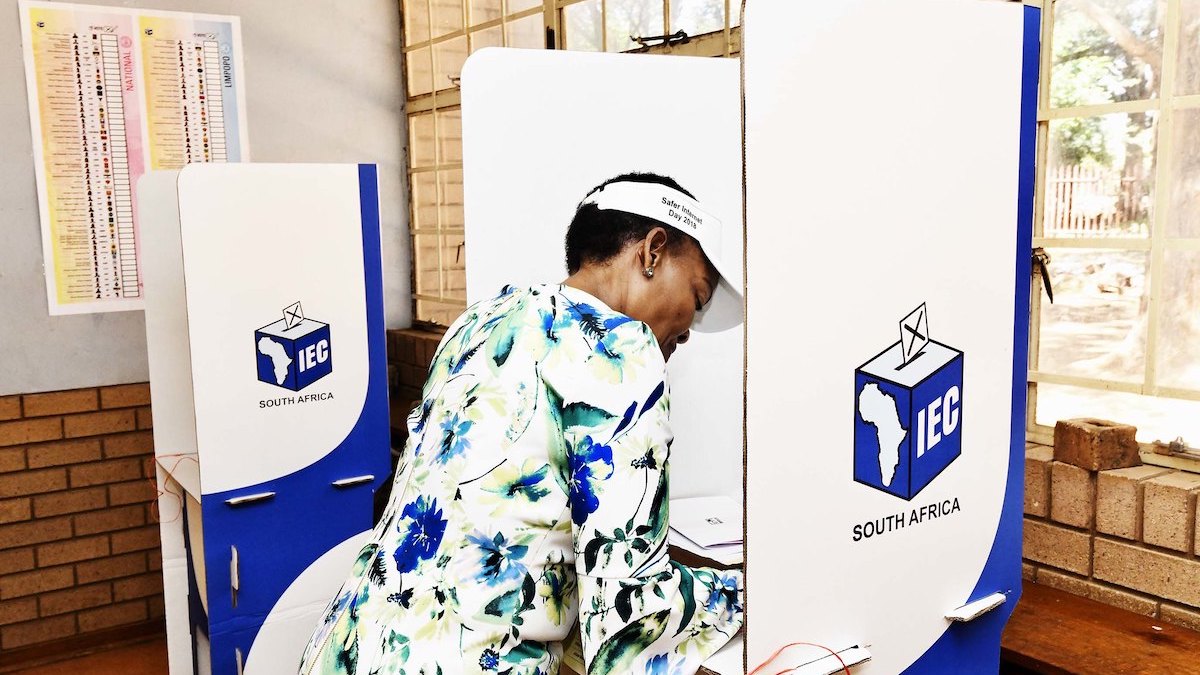 Dr Michael Louis – founder of the Independent Candidate Association (ICA) – is ringing the warning bell that the electoral bill, as it stands, is deeply flawed and unconstitutional. In a wide-ranging interview with BizNews, Louis explains the genesis of the June 2020 Constitutional Court ruling and how the Bill of Rights – which gives any individual the right to stand for public office – is at odds with our electoral act that states anyone contesting elections must belong to a political party. The ConCourt ordered parliament to remedy the legislation within 24 months but that deadline expired in June 2022. An extension until 10 December this year was granted. Louis is adamant that this is a “one in a lifetime opportunity” to effect meaningful electoral change but feet-dragging by Parliament has the potential to thrust the country into crisis ahead of the 2024 national election. An election, he believes, in which independent candidates will have a critical role to play in the unfolding coalition nature of national governance. – Michael Appel

I always believe that South Africa is a speedboat nation. And when I say a speedboat nation, I mean that it is a fluid nation that can really affect change. This whole journey of independent candidates has always, from inception, been a constitutional journey. We’re a constitutional state. And so the whole issue about the court judgment was actually a very simple issue that in the Constitution, in the human rights section and in the Bill of Rights, it says in 19 (1) B that every single individual has the right to stand in public office. And human rights and the Bill of Rights is a very important right. However, our electoral act that governs our elections says you have to belong to a political party so there was conflict there.

The big thing is that the Concourt gave parliament the judgment to have an electoral act, a new electoral act, drafted. And they didn’t do it, says the executive. They said the parliament must do it. And they gave parliament two years, which expired in June this year. And Parliament really dragged their feet and which is well publicised in many publications that I drafted and wrote. And so they went to the Constitutional Court this year, and the Constitutional Court agreed to give them more time, which expires on the 10th of December this year. But I really believe that Parliament is still really in a big predicament because of public participation. We are now in August. It must still go to the National Council of Provinces. It must be debated. One of the reasons the speaker said they wanted extra time was to undertake public participation. Firstly, I really believe that time is up. I don’t believe they‘re going  to get public participation. And I really believe civil society has got such a critical role to play in the vesting of what type of electoral system we want to see in this country.

On reasons why the discarding of excess votes is unconstitutional

We are one of the few constitutions in the whole world that says that our electoral system must be in general, proportional. So what happens is if a let’s take a neutral person, Thuli Madonsela,  decides to stand for parliament. You need 50,000 votes to become a member of parliament and she gets 100,000 votes. What happens to the excess 50,000? They get wasted. Do you want to tell me a person must stand for 2 hours in a queue to go and vote and take every vote seriously and those votes get discarded. The second thing is that there is a very strong principle that we understand in our constitution that one seat must be equal to one vote. Now how does that work in this way? This bill states that the vote share and the seat share isn’t equal. You will find that the majority parties will gain more seats than their vote share and the seat share, so that will never be equal. And so there is an unconstitutionality there regarding wasted votes and proportionality.

I will spend 24 hours a day working towards that, because I really believe we’ve got the most magnificent country. And I think that’s what the young people are wanting. We’ve got a closed party system and not an open party system. And the difference is that with a closed party list system, in an election, all you do is you just put the political party, you put Cyril Ramaphosa with the ANC flag or you put the DA with a flag. That’s all you do, but you don’t know what goes on behind it. One of the great documents that we wrote in The Quotable, of which I was one of the drafters, was a private member’s motion to have an open party list system where not only do we put the flag and the leader, but we have a constituency based system where you tell us who is your direct leader in your area, what’s their experience, their character, what’s their history? And in a lot of the meetings that I attended, especially with the youth movements, 10 million young people haven’t voted in our country. And when asked why they hadn’t voted, 90% of them said: ‘Show us the face and the history of the leader we can vote for. Don’t just show us a broomstick and say broomstick, but a flag and a face and we will go and vote.’ And so I believe if we can include 10 million of the young people in an electoral system, I really believe we can make such a big difference.