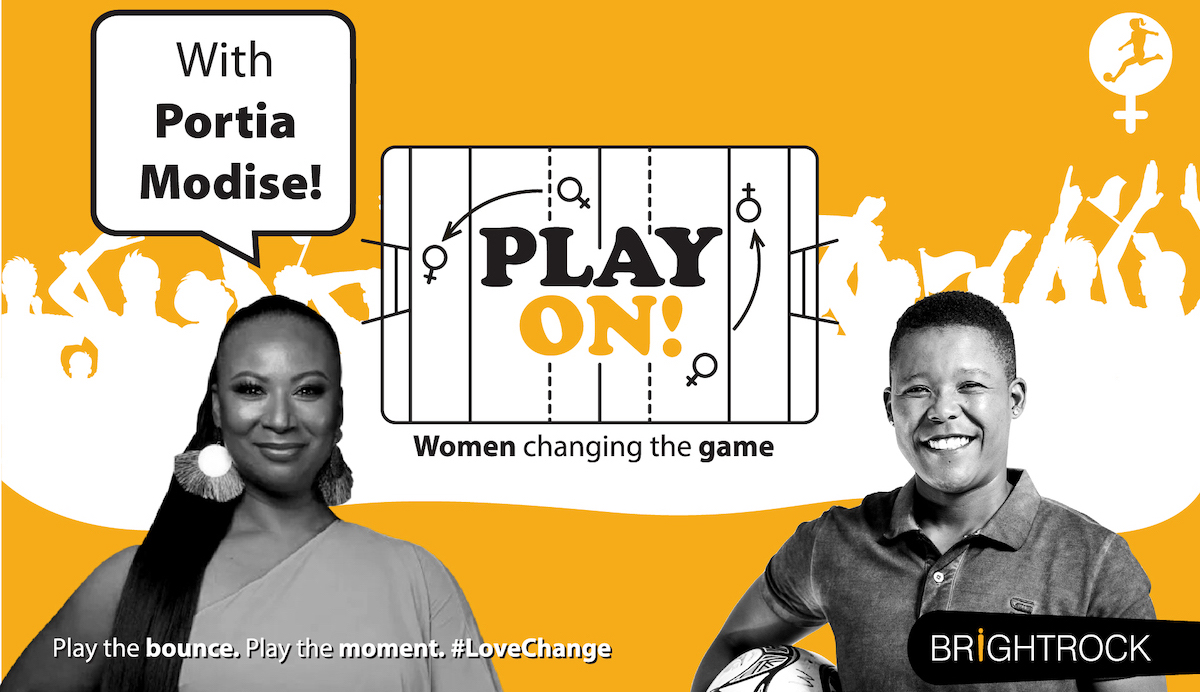 “Laduuuuuma!” The commentator and the crowd go wild as the ball slams into the back of the net. It’s the most beautiful sound in the beautiful game, and few have ignited that jubilant roar as frequently as Portia Modise.

Born in Meadowlands, Soweto, Portia first took to the pitch with schoolboys in her neighbourhood, proving so adept as a midfielder and striker, that she was still only 16 when she made her debut for the national squad, Banyana Banyana, at the African Women’s Championships in 2000.

She scored the team’s opening goal against Zimbabwe, marking the start of a glorious international career that would earn her 120 caps and see her notching up a further 101 goals.

That tally included a stunning goal from inside the centre circle against Sweden in the 2012 Olympics in London.

She retired from the international game in 2015, and has since shone brightly as a mentor, role model, footballing ambassador, and founder of the Portia Modise Foundation, which helps to build football and life-skills for young players.

An outspoken advocate for gender equality and the women’s game, Portia took time to chat with BrightRock in the afterglow of Banyana Banyana’s heroic 2-1 victory over Morocco in the final of the 2022 Women’s Africa Cup of Nations tournament.