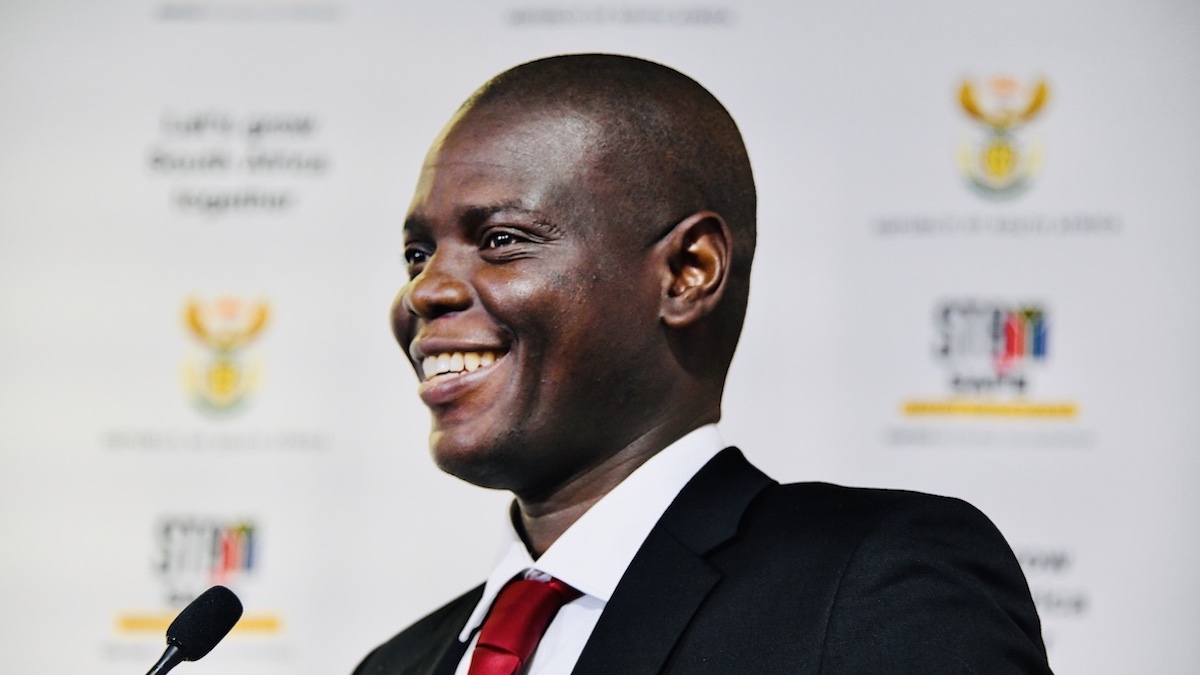 The new Bill below, asking for comment on the back of the intention to repeal the Trespass Act of 1959, states in its first line that the lawful occupier of premises “should request intruders to leave the premises and inform SAPS if they refuse to do so”. Ha ha ha ha… if this weren’t so sad it would be amusing! First off, you’re allowed to display a ”graphic image” to deter intruders. As Jeremy Gordin writes on Politicsweb in his article, The ‘make your burglar some tea and bikkies‘ bill: “Equipped and armed, will they get to your boundary fence, read the sign, or look at the rendition of your poodle, have a quick consultation, and then leave”. If not, however, and you’re unlucky enough to find intruders in your home, then what? Phone the police! WHAT? What are the ‘intruders’ doing in the meantime? Do the police ever answer their phones? Have they got vehicles in working condition they can leap into to rush to our defence? This is another example of pie-in-the-sky ANC legislation that obviously cannot work, but in this case the ramifications are dangerous and extremely worrying for the already threatened citizens of South Africa. – Sandra Laurence

Lawful occupier required to request intruders to leave premises, must inform SAPS if they refuse to do so

DEPARTMENT OF JUSTICE AND CONSTITUTIONAL DEVELOPMENT NOTICE 1219 OF 2022

1. The Department of Justice and Constitutional Development invites interested parties to submit written comments on the proposed Unlawful Entry on Premises Bill, 2022 (the Bill).

2. The main purpose of the Bill is to repeal and replace the Trespass Act, No. 6 of 1959 (“the Trespass Act”) and to prohibit unlawful entry on premises.

3. The Trespass Act has been identified as a piece of colonial/apartheid era legislation as it was originally designed to combat trespass, publications and conduct engendering hostility between certain population groups. The Trespass Act has therefore lost its relevance in our constitutional democracy.

5. A copy of the Bill is available on the website of the Department at http://www.justice.gov.za.

marked for the attention of Ms A Botha; or

(As introduced in the National Assembly (proposed section 75); explanatory summary of Bill published in Government Gazette No. ….   of …. 2022) (The English text is the official text of the Bill)

(MINISTER OF JUSTICE AND CORRECTIONAL SERVICES)

To prohibit the unlawful entry on premises, and to provide for matters connected therewith.

PARLIAMENT of the Republic of South Africa enacts as follows:—

1. In this Act, unless the context otherwise indicates—

“enclosed land” includes any land that is—

(a) surrounded by a fence;

(b) surrounded by a natural boundary;

(c) surrounded by a fence and a natural boundary; or

(d) posted, in accordance with section 6(1), with signs prohibiting trespass; “intruder” means a person who unlawfully enters on a premises or part of a premises;

(b) a person or persons who reside on the premises;

(i) the condition of the premises;

(ii) the activities carried out on the premises; or

(iii) control over persons allowed to enter the premises,

but does not include an employee of the lawful occupier;

“occupied premises” means a premises which is physically occupied by a lawful occupier;

(ii) land not enclosed or which was previously enclosed, or partially enclosed;

(iii) foreshore and land covered by water; and

(b) anything on the land, including—

(i) any building or other permanent or temporary structure;

(ii) a ship or vessel, train, railway carriage, vehicle or aircraft, except while in operation;

(iii) a trailer, caravan, motorhome or a portable structure designed or used as a residence, for shelter or recreation; and

(a) where permission is withdrawn to enter a premises;

(b) where permission is only granted for entry on, or presence in a part of the premises,

“unoccupied premises” means a premises which is not physically occupied by a lawful occupier.

Application of the Act

2. (1) This Act applies throughout the Republic with regards to the unlawful entry on a premises by an intruder, irrespective if the intruder, after unlawful entry, occupies the premises.

(2) This Act is not applicable to—

(b) any public place or public vehicle as contemplated in the Control of Access to Public Premises and Vehicles Act, 1985 (Act No. 53 of 1985);

(e) any designated area or traffic free zone contemplated in the Safety at Sports and Recreational Events Act, 2010 (Act No. 2 of 2010).

3. (1) Every person who unlawfully enters a premises commits the offence of unlawful entry.

(3) A person who has been directed, either orally or in writing, by a lawful occupier or any other authorised person to leave the premises and—

(a) does not leave the premises as soon as practicable after receiving the direction; or

(b) re-enters the premises, is guilty of the offence.

(4) It is a defence to a charge under subsections (1) or (2) that the person charged reasonably believed that they had title to or an interest in the premises that entitled them to enter the premises.

(5) There is a presumption that access for lawful purposes to the door of a building on premises by a means apparently provided and used for the purpose of access is not prohibited.

(a) orally or in writing; or

(ii) if containing writing, the writing is clearly legible; and

(a) names an activity and has an oblique line drawn through the name; or

is sufficient for the purpose of giving notice that the activity is prohibited.

(3) Notice given under this section may relate to all or a part of a premises and different notices may be given or posted in relation to different parts of a premises.

6. (1) No person, other than a lawful occupier or an authorised person, may remove, alter or deface signs posted as referred to in of section 5.

(2) A person who contravenes subsection (1) commits an offence.

7. (1) As soon as it comes to the attention of the lawful occupier of premises, or an authorised person, they must request the intruder or intruders, unlawfully on the premises, to leave the premises immediately.

8(1), informing them of unlawful entry, the address of the premises and the approximate number of intruders.

8. (1) (a) For purposes of this section “authorised member” means a suitably qualified and experienced member of the South African Police Service, authorised thereto by the National Commissioner of the South African Police Service to perform, in addition to their normal functions and duties, such functions as are conferred or imposed upon them by this Act, and shall notify all local authorities or any local authority concerned of every such authorisation, and of the name, rank and address of any authorised member concerned.

(b) If an authorised member is or becomes unable to perform or to continue to perform the functions in terms of this Act, the National Commissioner or a person authorised thereto, shall forthwith designate another member of the South African Police Service to act in their stead, either in general or in a particular case, and the member so designated shall be deemed to have been authorised in terms of paragraph (a) for the purposes contemplated in the said paragraph: Provided that after the designation of a member in terms of this paragraph, no further such designation shall be made, except with the approval of the responsible member concerned.

(2) As soon as an authorised member or members are informed of the unlawful entry, they must without delay go to the premises to remove the intruders.

(3) On arrival an authorised member must call upon the intruders to leave the premises, by obtaining their attention and in a loud voice order the participants to disperse and leave the premises within a time specified, taking with them any items brought on the premises and inform them that failure to adhere to the order will result in them being arrested.

(4) If intruders already erected any form of housing on the premises and already occupy the erected housing, the authorised member or members must arrest them for unlawful entry on a premises.

Defences to charge of unlawful entry on premises

9. A person may not be convicted of an offence under this Act if the person’s action or inaction, as applicable to the offence, was with—

(a) the consent of a lawful occupier of the premises or an authorised person;

(b) other lawful authority; or

(c) they reasonably believed that they had title to or an interest in the premises that entitled them enter the premises.

10. A person who is guilty of an offence under this Act, is on conviction liable to a fine or to imprisonment for a period not exceeding two years or to both such fine and such imprisonment.

Repeal of laws and transitional arrangements

(3) An investigation or prosecution or other legal proceedings in respect of conduct which would have constituted trespass which was initiated before the commencement of this Act may be concluded, instituted and continued as if this Act had not been passed.

12. This Act is called the Unlawful Entering on Premises Act, 2022.

Text of the original Trespass Act: