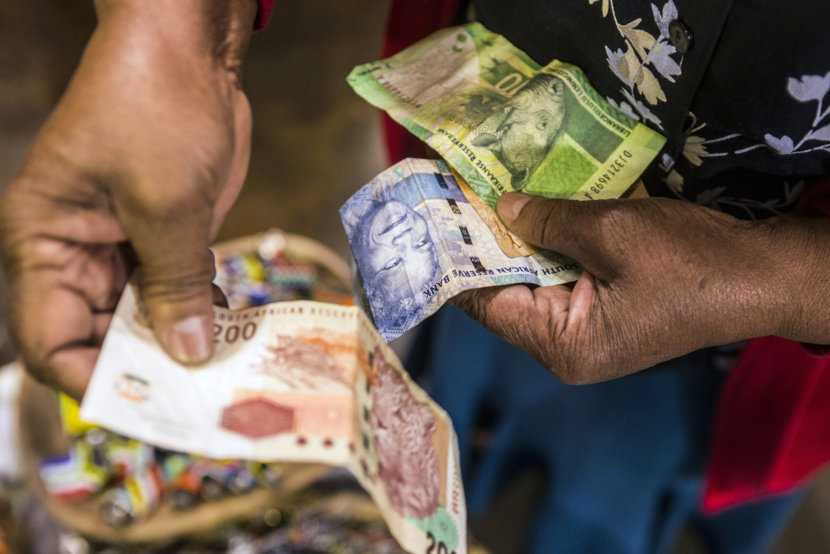 Debate is raging whether South Africa can afford introducing a universal basic income grant – or whether we need to pull the purse strings a little tighter. The R350 social relief distress grant brought a modicum of assistance to the poorest South Africans during the pandemic, but the increasingly dire state of the economy had many debating whether to introduce it permanently. Of course social grants have been politicised and even weaponised in this country with the governing ANC quick to tell communities a vote for any other party would result in the social security rug being pulled out from under them. In the piece below first published by The Conversation, a pragmatic approach is adopted in weighing up the positives and negatives for our economy of introducing a permanent BIG. Remember, it’s not one of those policies that once introduced and adopted can quickly be reversed without potentially facing the wrath of an increasingly anger-fuelled electorate who tires of political promises with each passing election. – Michael Appel

A basic income grant for South Africa: more money in poor people’s pockets, but at a heavy cost

Analyses of the implications of extending income support measures in South Africa, including a basic income grant (BIG), have focused on one of three things: how much it will cost, calculations about how much revenue would need to be raised (but without assessing the ripple effects), and how it might affect the incomes of the rich and the poor.

Each of these provide important contributions. But they don’t address the dynamic and long-term implications of basic income support options on the country’s economy and its finances. What’s been missing is a modelling that compares – or tests – the impact of the different policy choices and their permutations and how these are funded and who benefits and who loses.

In a recent paper we attempt to do just that.

On the one hand, our model shows that a basic income grant would decrease economic growth through three main channels: an increase in borrowing costs, an increase in taxes, and crowding-out of private and other forms of public spending.

On the other hand, it would have a positive impact on economic growth through one main channel: an increase in consumption by poor households.

Overall, the results suggest that the negative economic effects of an expansion in social grants would outweigh the positive. We conclude that, without structural reform of the economy and sustained economic growth, introducing additional permanent social transfers could threaten South Africa’s macroeconomic and fiscal stability.

Scenario 1: This estimates tax and debt outcomes for different grant sizes without imposing any specific “funding policy”. The estimated model based on historical data guides the macro-fiscal dynamics.

Different eligibility criteria can also be inferred. These include considering four potential eligibility groups. They are:

The model shows that the consumption of poor households would rise. But it predicts that there would be some job losses owing to the contractionary impact on investment and growth from higher debt and higher taxes.

The model predicts job losses amounting to about 200,000. These come about because of the fiscal impact of a permanent increase in spending (higher taxes and higher interest rates).

The contractionary effects operate through:

These effects dominate any expansionary effects from higher transfers.

As a result, a large fiscal transfer of the type proposed by advocates of BIG is not estimated to boost economic growth.

The largest transfer expansion considered is a grant of R840 per month for 33 million households at a cost of R333 billion. This, the model suggests, would increase debt by 42 percentage points of GDP, requiring higher VAT of 3 percentage points and personal income tax to rise by 29 percentage points, essentially a doubling.

The contractionary impact on the economy would be estimated to lead to nearly a million job losses.

Scenario 2. This focuses on a basic income at the food poverty line financed by an increase in taxes (a “balanced budget” scenario). Debt would still rise marginally because the economy would slow. If the new grant was funded by VAT alone, this would require an increase of 7 percentage points in the rate – from 15% currently to 22%.

If funded from a combination of higher VAT and personal income tax, VAT would need to rise by 4 percentage points and personal income tax would rise by almost 3.5 percentage points. For the average taxpayer, who earns R370,000 and pays an effective rate of 21.3%, this would mean an increase in taxes from R79,000 per year to R91,500 per year. This, in turn, would lead to significant contraction in the economy, even though there would be some short-term employment gains from the large direct income effects from higher transfers.

Scenario 3. This models a grant at the food poverty line financed by a combination of higher VAT but also higher economic growth. In this scenario, the assumption is that government simultaneously expands government investment by R60 billion and successfully undertakes structural reforms (such as removing constraints on electricity availability).

This scenario is estimated to lead to job gains but only because the structural reforms permanently raise long-run growth and, therefore, government revenue.

Our paper shows that the introduction of a basic income grant would require significant long-term tax increases and would likely lead to employment losses. We also show that without sustained higher economic growth, much higher social transfers could threaten fiscal sustainability.

Poverty, inequality and unemployment are three interdependent socio-economic challenges South African policymakers are seeking to address. Addressing this triple challenge is critical for the future of the country. But an unfunded expansion of the social transfer system could lead to even worse economic outcomes — the medicine should not be worse than the disease.