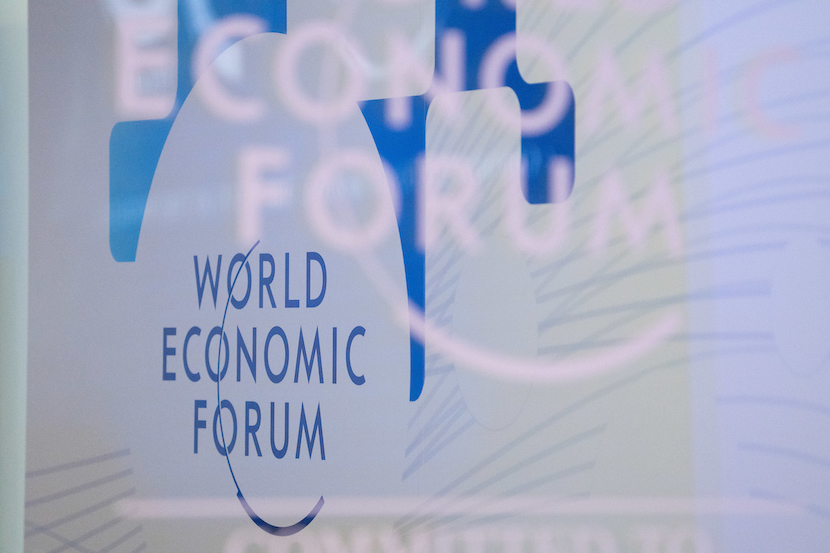 A poll conducted ahead of Davos shows that in only two other countries, Bosnia and Herzegovina, and Peru, are business executives more worried about state collapse than in South Africa. The issue of state collapse tops the list of concerns, followed by collapse of services and public infrastructure, the cost-of-living crisis, and the employment and livelihood crisis. No wonder our president chose to stay away – for what could he tell audiences at the forum? Perhaps if he had a script that went something like this – “South Africa has been through testing times, but we are now turning around. Since our privatisation and deregulation programme was announced a year ago, a large number of private companies have announced investments in the power sector. Jonathan Katzenellenbogen elaborates on the sort of programme South Africa would need to present in this article which first appeared on the Daily Friend. – Sandra Laurence

SA has no story to tell at Davos

For years South African presidents have been regulars at the annual World Economic Forum meeting in Davos, a Swiss ski resort. The meeting in Davos offers the opportunity to promote your country to world leaders, big business bosses, and big deal people.

But not this week. President Cyril Ramaphosa has cancelled his trip and will be at home trying to sort out the deteriorating power situation. The President’s few days in Davos would have only highlighted the country’s dire predicament and lack of a plan to get out of the mess.

Ahead of his departure for Davos, Finance Minister Enoch Godongwana gave the assurance that there was a plan to end power cuts in 12 to 18 months, and the details would be revealed in the President’s State of the Nation Address next month. At least the reference to a plan could help the official South African delegation in Davos have a quick answer to an embarrassing question.

It is best to be at Davos when you have good news to tell. We are deep in the doldrums with no convincing short-term turnaround story to tell investors. Eskom is a shambles, many small businesses are failing due to power cuts and will be under immense pressure with the recent electricity tariff increase, railways and ports are fast deteriorating, many state-owned enterprises are collapsing, and economic growth is disappointing. This is a story that cannot be spun any other way.

At Davos a high-level presence would only mean awkward questions about our predicament. And there would also be queries about why South Africa is steadfastly holding on to its “neutrality” on the Russian invasion of Ukraine. There might also be difficult questions about why naval exercises are planned next month with the Russians and the Chinese.

It is also highly likely that Ramaphosa would have faced questions about the views of South African executives. A poll conducted ahead of the meeting shows that in only two other countries, Bosnia and Herzegovina and Peru, are business executives more worried about state collapse than in South Africa. For South African executives polled, the issue of state collapse tops the list of concerns, followed by collapse of services and public infrastructure, the cost-of-living crisis, and the employment and livelihood crisis.

What is of concern is that the list of issues on the minds of local executives are mostly ones that are existential to the state and the country. It is a stark contrast to those of executives in Europe and the US, who see the prime issues as commodity shortages, international tensions, economic growth, and inflation.

With all this in the background, the South African delegation can hardly stride the halls of Davos with pride. In the early 1990s, South Africa was the centre of attraction at Davos. It was able to obtain a hearing as a country that had come out of a terrible past and was now going places.

Today, South Africa cannot expect the sort of audience size that it did in the early 1990s. The international agenda has shifted. The big themes at Davos this week are public-private partnerships, whether the great era of post-war economic growth is coming to an end, artificial intelligence, the shift to green industry, and growing international tensions. It might be a good time for South Africa to just listen at Davos.

At the Davos meeting in 1992, Nelson Mandela listened. It was at Davos that Nelson Mandela changed his mind about nationalisation once the ANC came to power.  The New York Times quotes Tito Mboweni, a former Cabinet Minister and Reserve Bank Governor, who was at Davos with Mandela, as saying that it was the meetings with the leaders of Communist Parties of Vietnam and China in Davos that brought about his change of mind. Leaders of the Communist parties of these countries asked Mandela why the ANC was thinking about nationalisation when they were thinking about privatisation. That brought about a big rethink, saving South Africa from an extension of state control.

If South Africa were to listen at Davos this week, the message would be to embark on big reform: privatise state owned enterprises, go for public-private partnerships, ease up on labour market regulation, and crack down on corruption.

And when South Africa does begin to turn around and has a story to tell, there would certainly be an audience at Davos.

Imagine a script for a South African delegation at Davos that goes something like this: “South Africa has been through testing times, but we are now turning around. The reform programme we embarked on a year ago has met fierce political opposition, but we believe we are now over the hurdles and expect positive results with higher growth and reduced unemployment in the next six months.

“Since our privatisation and deregulation programme was announced a year ago, a large number of private companies have announced investments in the power sector.

“We have a number of quick fixes underway, which are helping alleviate power shortages, but we will not be able to address the full scale of the problem in less than eight years. We have cut red tape and speeded up regulatory approval for all power projects.

“Private contractors have taken over the maintenance and operation of our fleet of coal-powered stations. Five large power stations, one nuclear, and four coal, are under construction, and multiple renewable projects are underway. All of these will be built, owned, and operated by private electric utility companies.

“We have broken up and sold off a number of state enterprises to local and international consortia.

“We are in the process of selling off rail lines to a number of operators, who will invest in new rolling stock. Management contracts have been signed with a number of port operators who are investing in new handling facilities.

“We have also undertaken a large-scale reorganisation of the public service and have cut the number of government departments. After extended talks, public sector workers have agreed to layoff packages. As part of a programme to reduce red tape and streamline procurement, we have lifted all empowerment requirements. There has also been a change in the labour laws to make it easier to hire and fire. We have made state procurement more transparent, and we have measures in place to reduce corruption in state tenders.

“The national government has temporarily had to take over the management of a large number of failing municipalities, but with large numbers of prosecutions for corruption, we hope proper administrations will be put in place soon.

“Private investment has risen substantially in the past six months and we expect an additional boost from ongoing reform efforts. Our government budget deficit has come down, tax revenue is up, and we expect a four percent growth rate year this year. This will pave the way for more spending on health and education, and an expanded infrastructure programme through public-private partnerships.”

Now that’s a dream for Davos.