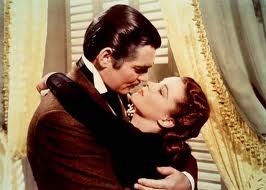 Gone With The Wind, Margaret Mitchell’s must-read provides many of the answers. But it is so much more than the historical novel I expected. Slow paced, especially to start with, the novel focuses on the most important decade and a half of American history. And exposes the good, bad and ugly reality of those turbulent times.

First published in 1936, it sold millions before the famous movie epic starring Clark Gable and Vivienne Leigh. And many millions since. It was also newspaperwoman Mitchell’s only novel, written over seven years while the “thirty something” native of Georgia earned her living as a feature writer for the Atlanta Journal.

The 1 000-plus pages re-inforce the view that no matter how good the movie, it rarely holds a candle to the book.

Like most red-blooded males, I fell for the Scarlett O’Hara portrayed by Vivienne Leigh. In the book, she is every bit the high spirited, alluring, green-eyed minx that Englishwoman Leigh brought to the big screen. But much as you admire her, as layers are progressively peeled away, it’s her gracious sister-in-law Melanie who captures your heart. Or at least did mine.

The book is a marathon but wonderful journey, injecting us into the highly complex but naïve society around then fledgling Atlanta in the years running up to and immediately after the American Civil War.

We’re launched into a world of fascinating characters, most with the very human failing of enjoying life too much to question the very foundation – slavery – of their privilege. Similarities with the South Africa of my youth are stark. As with our own land, these characters deal very differently with what replaces it – in their case the atrocity of a brutal war, Reconstruction and societal disintegration.

The deeper reflections only hit home once you’re lamenting the loss of a good friend, as it is with any really good book. You will remember the flawed hero Rhett Butler and many others long after that last page has been turned. This is still a ripping read almost three quarter of a century since it was penned. And for those willing to look, there is much to be learnt from it in this speeded up Internet Age.

Gone With The Wind offers plenty of advice. Sometimes it comes in brief passages, but more often through lessons learnt in experiences of key players. That’s probably why it has survived so long despite occasionally grating today’s more sensitized reader, such as the pidgin language used by the Black characters.

But there are few other niggles. This is a classic in every sense of the word. One for the list of Things To Do Before I Die. I wasn’t able to pick up Clark Gable’s famous “Frankly, Scarlett, I don’t give a damn” quote that most recall from the movie. But much more has been imprinted in my memory banks.