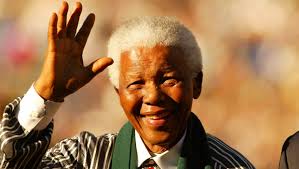 A few months ago, a leading publication asked me to write an obituary on our national icon. Nelson Mandela had taken a bad turn. They wanted to be prepared. Like every other media organisation on the planet. So stand by for Madiba-overload as thousands of editors around the world get the chance to finally dust off those obits and eulogies.

I declined, by the way. Because there is something terribly inauthentic about preparing for someone’s passing. More meaningful, for me, is the piece below by our young blogger Jessica Edgson. She is barely a quarter of the late Madiba’s age. Yet on hearing the news of his passing late last night, she rushed home and worked through the early hours to put down her thoughts, the email arriving at 4:25am.

What was it about this man, this fellow homo sapien that can inspire a young lady like Jes to forego a night’s rest? And millions of others to similar selfless thoughts including the peerless musician Johnny Clegg (watch the video above – and if you don’t mist up, well, you’re not from Madibaland.).

Shortly after his release from Pollsmoor prison, Time Magazine produced a cover story on South Africa’s greatest son. The magazine’s description summed him up best. Mandela, it concluded, is that most rare of our species: a mature human being. Maturity, surely, is knowing ourselves. Understanding where we fit into this vast universe. Madiba the humble, the lover of children, the inspiration for all he met, knew that instinctively.

Note from an old friend and former SABC TV colleague:

What impressed me every time that I met with Nelson Mandela was how unpretentious he was. You and I have both met people who have such a sense of entitlement, who believe all their own good publicity. He was not one of them.

Have a happy and Merry Christmas.
Dorianne Berry

Christensen told us he had been mulling over the really important stuff. As you’d expect from a deeply spiritual soul who has survived a heart attack, stroke, cancer and diabetes. Those thoughts led to the conclusion that when he meets his maker, God certainly isn’t going to congratulate him on his earthly achievements: “No. He is probably going to say, Clay, what did you do with the talents I gave you? How did you use them to help others? What contribution did you make?”

I had the privilege of meeting Madiba a couple of times. On both occasions – once when he was my guest, the other when I was his – the welcome was identical: “It is an honour and a privilege to see you.” No. It was my honour, my privilege. As it has been with everyone graced by the presence of the father of our young nation. Syria suggests what, without Nelson Mandela, may well have been South Africa’s alternate reality.

Madiba served. He  taught us much, in both his life and now though his legacy. There can be no greater contribution to humanity. And somehow you just know the Good Lord was smiling when welcoming him home.  – AH

Where were you when Madiba died? Not the exact minute that it happened or the second it was announced to the press. But that moment when you found out, that moment when you felt it… the impact of his death. If you’re a South African and you felt nothing, then please continue your day and don’t bother to read this piece.

I expected his death months ago and I thought that I was ready for it. He was old and had earned the rest that only death can offer. His body was fading away and his mind was slowly joining it. Why would I want him to live on? He’d played his role in the great South African story and his very existence meant something. He was the man who had enough support to call for war and yet chose to speak of peace in carefully considered words. He did his time in the public eye and he offered his wisdom without ceremony or expectations of grandeur. So, why would I deny him the peace he so clearly deserves? The short answer is that I don’t. I’m not crying because I wish he hadn’t died. I’m not crying because he left some hole that cannot be filled. We didn’t lose anything the day his heart stopped. What the man once stood for now stands on its own and his vision is still attainable. No, I’m not tearing up because he has passed away, but because he lived. The greatest tribute we can pay him is to remember what he fought for.

The 2014 elections are around the corner and you can bet your last R2 coin that Madiba’s death will be politicised. The ANC will claim him as their own, the DA will campaign that the ANC has failed him, and the other parties will throw his name around in an attempt to get some media attention. I don’t entirely blame them, politics is a brutal game and you’ve got to use whatever you can to get ahead. But that’s the beautiful thing about Nelson Mandela, he wasn’t political.

Yes, I’m aware that he was the first democratically elected president of SA. Yes, I know that he was part of a political movement and held the banner of the ANC up high. Yes, I’m still going to sit here and write that I do not believe that he was a political man… not in the way that I have come to see politics.

He didn’t fight for presidency or command. He didn’t spend years locked up on an island to win the majority vote. He didn’t fight for the ANC as a political party, but as a movement. He risked his life for a better South Africa and not for fame or recognition. The power he dreamt of wasn’t that of control, but of individual authority, freedom and equality.

For me, Madiba represents the very thing that we, as South Africans, seem to have forgotten: our personal responsibility. We’ve become confused by the politics and campaign slogans. We’ve bought into the idea of a “bigger picture” that we can only contribute towards every five years. We sit in the crowd, cheering on democracy, and fail to see our own role in the game. We blame and criticise or wallow in thinly veiled apathy. We no longer hold ourselves accountable for the state of our country. We’ve stopped believing that we have any influence. We’ve lost faith in the volume of our own voices.

Complain about politicians if you must. Please, feel free to rage about the lack of service delivery and the ridiculous unemployment rate. Go ahead and bitch about corruption and tweet about the lavish lifestyles of our elected leaders. But don’t, for one second, think that you’re helpless. You are a South African and this country is your responsibility. Start a blog or start a movement, just be the person that you want to share this nation with. Do something, anything, to change or improve the collective future we face. This land does not belong to a political party or a legacy, it belongs to each and every human being living within its borders. He may have become an icon, but Nelson Mandela was just a man and the brave people who fought beside him were just as human as you and I.