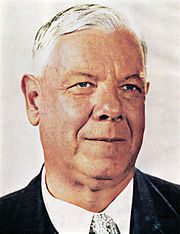 The fallout around the fake sign language interpreter at the Nelson Mandela Memorial service continues to grow. Suddenly the world has stopped laughing about it (although not everyone – see the video right at the bottom). Those with long memories will remember the last known insane individual to slip through SA’s security system was Parliamentary messenger Dimitri Tsafendas who, on 6 September 1966, stabbed then Prime Minister Hendrik Verwoerd to death. How  Thamsanqa Jantjie got so close to President Barack Obama and other world leaders is bad enough. News now emerging that he was accused of murder a decade back is turning the chuckles into chills. Associated Press reports that investigators probing Jantjie “will compile a comprehensive report,” said Phumla Williams, the top government spokeswoman. “We are not going to sweep it under the carpet. We want to own up if there is a mistake, but we don’t want to be dishonest” to Jantjie. An Associated Press reporter found Jantjie at a makeshift bar owned by his cousin on the outskirts of Soweto near his concrete house close to shacks and an illegal dump where goats pick at grass between the trash. Asked about the murder allegation, Jantjie turned and walked away without saying  anything. A day earlier, he told the AP that he had been violent “a lot” in the past, has schizophrenia and hallucinated during the Mandela memorial that angels were descending into the stadium. He also apologized for his performance, but defended his interpreting as “the best in the world.” – AH

The bogus sign language interpreter at Nelson Mandela’s memorial says he has interpreted for years at big events for the South African government and the ruling party. Thamsanqa Jantjie told The Associated Press that he has records to prove that he worked at official events in the past.

He also said he was undergoing a medical examination Friday at a psychiatric hospital west of Johannesburg. The hospital says it cannot divulge information about patients. A cousin and three friends of Jantjie say he was part of a mob that accosted two men found with a stolen television and burned them to death by setting fire to tires placed around their necks in 2003.

Jantjie has said he has schizophrenia and hallucinated during the Dec. 10 memorial for Mandela.

The sign language interpreter at former president Nelson Mandela’s memorial service was “a complete and utter fraud”, Sign Language Education and Development in Cape Town said. “If he values his life he must come clean, because the deaf community throughout the world are outraged,” said director Cara Loening.

@alechogg The biggest joke of all is not Jantjie but the SA security who failed to check his background and put him next to world leaders. — Joburg lawyer (@joburglawyer) December 16, 2013

She said not one of his signs at the memorial at the FNB Stadium, in Soweto, on Tuesday, had anything to do with sign language.

“It was like getting somebody off the street and telling them to flap their hands around,” said Loening.

“This man made a mockery of the service. How disrespectful for what Madiba stood for.”

She said the interpreter, who was on the stage, had no clue about sign language.

“Deaf people had very, very little access to information from the memorial service.”

Loening said sign language was a full and recognised language that would soon be taught in schools.

Another female interpreter in the SABC news wraps of the memorial was an accredited, qualified, and accurate sign language interpreter, Loening said.

Andries van Niekerk, spokesman for the National Institute for the Deaf (NID), said it was unacceptable.

“The interpreter at the service was clearly not competent and did not use hand shapes, movements, or facial expressions typical of South African sign language,” he said.

“The NID is saddened that the deaf in attendance [at the service] could not understand what other great statesmen said about the legacy that the father of our nation leaves behind.”

“We are deeply concerned that whoever decided to employ this man as an interpreter, who has ruined the opportunity for the deaf to share in this final homage to a great leader, are making decisions that affect the lives of South African deaf people and causing embarrassment for the entire country.”

Government spokeswoman Phumla Williams said she was unable to respond to the allegations immediately, as she did not know which department hired the man. She said she did not know about his qualifications or expertise.

Another person answered Williams’s phone later and referred all queries to the media desk.

Another government spokeswoman Manusha Pillai said it was the first time they had heard of it.

“We need time to get to the bottom of this.”

On Twitter on Tuesday, @FrancoisDeysel commented: “please can someone ask the interpreter to step down from stage, it is embarrassing and making a mockery of our profession”.

Wilma Newhoudt-Druchen, vice-president of the World Federation of the Deaf and the first deaf member of South Africa’s Parliament, tweeted on Tuesday: “Shame on this male so called interpreter on the stage. What is he signing? He knows that the deaf cannot vocally boo him off”.

She tweeted that he was an embarrassment, that none of his signs made sense, and that he should be removed from the stage.

Mandela died at his home in Houghton, Johannesburg, last Thursday night at the age of 95.

His memorial service was attended by dignitaries and heads of state from around the world, including US president Barack Obama.

Mandela was buried in Qunu, in the Eastern Cape, on Sunday. – SAPA