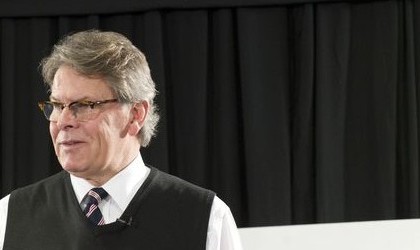 Thirteen months after he took back the editor’s reins, Business Day’s Peter Bruce has handed them over once more. Bruce played a key role in getting his former employers at the Financial Times of London to offload its 50% of BDFM which then became wholly owned by Times Media, now controlled and managed by Andrew Bonamour’s venture capital business Blackstar. Bruce is moving back “upstairs” as Editor-In-Chief of Business Day and its stablemate the Financial Mail. In July last year Bruce relinquished the role of Publisher of the two financial publications to Nathi Maramnco. In an unusual switch to the media world, former corporate communications executive Songezo Zibi will succeed Bruce as the newspaper’s new editor. Zibi leapfrogged numerous stalwarts, having only joined the company a year ago as an associate editor and columnist on the Financial Mail. – AH

Press Release from Business Day (with a few excesses removed):

Business Day has announced the appointment of Songezo Zibi as the newspaper’s new editor, effective from 1 May. Zibi takes over the editorship from Peter Bruce who will be stepping down after 13 years at the helm. 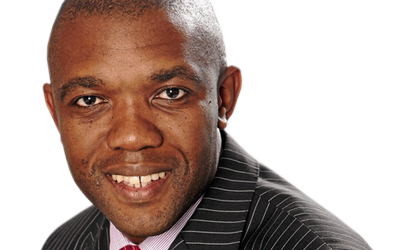 Bruce recommended his successor Zibi (right), who has spent 15 years in the communications industry, four as a Corporate Affairs Executive at Xstrata South Africa. Zibi also served on the Executive Committee of the National Business Initiative and has contributed regularly as columnist for the Financial Mail where he has also been senior associate editor for the past year.

“I am especially delighted that Songezo Zibi will become editor when I leave the chair at the end of April,” Bruce says. “I harassed him for almost two years before persuading him to join us and I wish him nothing but the very best in the job. He is a fierce intellect and he will be, I have no doubt, a great leader. Readers of Business Day can look forward to an exciting future with him.”

Mike Robertson, Managing Director of TMG’s Media Division, says of Bruce, “In his 13 years, Peter has ensured that Business Day has gone from strength to strength establishing it as SA’s leading financial journal by far. He has rigorously pursued excellence that has shone through in the papers he produced. TMG is proud that Peter will continue to contribute to our stable of titles and build on his recent venture into broadcast journalism”.

Bruce will remain a prominent face as Editor-in-Chief of Business Day and the Financial Mail. He will continue to work towards the on-going success, both editorially and commercially, of the print and online versions of both titles, while extending his presence with Business Day TV.

“It has been a privilege to edit Business Day for the past 13 years and, before that, the Financial Mail. It has been an enriching and rewarding career and I look forward to the next few years in the Group. We remain, I am certain, the best daily newspaper in Africa,” says Bruce.

Songezo Zibi, as the new editor will responsible for growing the footprint and relevance of the newspaper. He says of his appointment, “Stepping into Peter’s shoes is both an honour and terrifying at once, but it is a challenge I am nonetheless excited about and look forward to. One of my ambitions for Business Day is to tell the story of South African companies and the economy in a way that focuses the minds of readers on what is truly important – and where Business Day is the first choice read for economic, business and political news.”

Other than the print publication, Zibi will also look to expand the presence and stature of Business Day to alternative platforms which offer additional value to its readers.

“Both Zibi and Bruce possess fervour for Business Day that creates a natural opportunity to share content successfully across our online and broadcast assets. It really aligns with TMG’s diversification of delivery platforms, and adds value to our expansion as a media group into Africa,” concludes Andrew Bonamour, CEO, Times Media Group.

Zibi’s first edition of Business Day will hit newsstands on 2 May 2014.